Like me, you can find joy in brokenness.
Angela Thomas with Amy Simpson 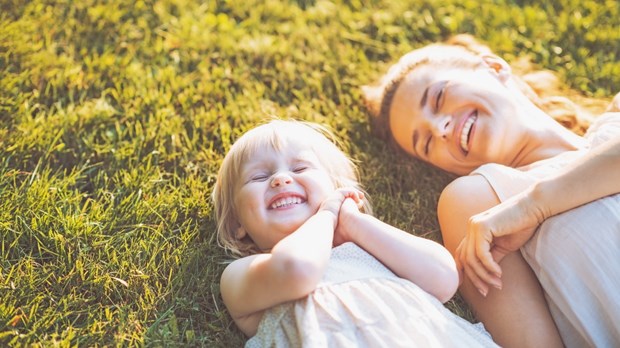 I've had a very broken journey. I was divorced, and I spent about eight years as a single mom before I remarried. At the time, my children were young. The youngest was three, the oldest was ten. This was not the life I intended, would have chosen, would do over, or would give to anybody.

In my brokenness I had a couple of choices. I could choose to allow bitterness to take over, and it would have been easy to rationalize that because things hadn't been fair. I'd been hurt and desperately wounded. Things really hadn't gone that well for me. I had maybe a hundred reasons to allow bitterness to go down inside me and settle in there. Even my friends sometimes said things like "Girl, if I were you I'd still be mad." They encouraged me to make that choice.

But somehow the Lord got ahold of me in some of those darkest years and began to speak to me the truth of his Word. I had a broken home, broken children, a broken marriage, and an awful mess, and even after my divorce, ongoing awfulness. Every day was incredibly hard. So the question became, Will I live in that? Or how now will I live for the glory of God, given this limp I have?

One of the very first ways I knew the Lord was prompting me was that I had to deal with my propensity to allow bitterness to settle in. The sooner I could choose the joy of Christ to fill that place bitterness was trying to fill, the sooner we were going to get on down the road. So for me it was a choice I felt I had to make.

The Lord prompted me initially with my children. For goodness sake, we lived in this broken home and in a place none of us had wanted. But how much more powerful would it be for the spiritual and mental health of my children if they lived with a mom who was redeemed as opposed to the mom I had been, the one who was just this empty shell of a person counting her bitterness?

I came to find out that I set the tone for my home. I'm it. My kids can come in with a bad attitude or grumpy, but God has given me, as a mom, an amazing role of redirecting. I get to send them down to their rooms for a little while. I'm in charge of the tone of my home. And if I'm a mess, they're going to be a mess. If I'm trusting the Lord for joy I can't feel but put my hope in, they're right there with me.

When I understood what a great responsibility it was, what God had entrusted to me with the four children, I thought, I'll do whatever hard work I have to do to get to the next high place in my salvation with the Lord, to the next step up in my maturity, because they need it. Because they believed me when I said, "We trust the Lord! Our hope is in the Lord!" For all my children, faith has become their own. But in those young years, I had the privilege of showing them what choosing joy looked like, feel like, and sounded like. I determined what it would be like over cereal, at the breakfast table, what it would be like at night when I tucked them in, and what it would be like in another five years. That was both my responsibility and my privilege. As I got myself straightened out with the Lord, I had something to give them.

The thing that hangs a lot of us up is that we're making choices based on some really unfair things that happen to us, and those things never get fair in our eyes. We can't see them work out and straighten out. We have to choose joy anyway.

My own brokenness took me by surprise. It's hard for many of us to believe we're breakable. Maybe you were raised in a pretty decent family and you're educated. You've got your masters degree or your doctorate and you've made good financial choices and lived within your means. You've done everything the way they say you should do it. You've handled your finances correctly. You go to church. You've led Bible studies. You love the Lord. You can keep marking all the boxes. Yep, doing that. Doing that. I'm exercising. I'm eating right. I'm trying to walk the way of wisdom.

We might walk the way of wisdom, but we walk it on this earth, where there are really hard things that no one plans on. We subconsciously think if we do all these things, we'll be fine. But in reality, anything could happen.

My brother-in-law is a doctor, and he was diagnosed with thyroid cancer two years ago. He said, "I just never thought I'd get cancer." He realized how that sounded. We all know it can happen to any of us this afternoon. He's brilliant. He treats patients. He takes care of himself. He's done all the right things he could do to take care of his body. And he said, "I just never really thought that would happen to me."

Most everybody we pass at the grocery store has a story. If you live long enough, you have a story about something you just never thought would happen to you. We just don't think it will happen, because we're smart. We're first-world people. Maybe somewhere where they don't have the Internet and good information, where people make bad choices, bad things happen.

If you feel as if your circumstances keep you from experiencing joy, I understand. Life is really tough. Sometimes it looks as if no answer is coming and there's no hope on the horizon. In his book Experiencing God, Henry Blackaby said, "When you can see no faith is required." In those difficult circumstances when we can't see and we can't hear God and we can't find an answer and there's no good thing coming today, that's when we have to engage our faith. Scripture is very clear: God blesses that. He doesn't pull away or turn away.

When a woman who is desperate engages her faith and says, "God, I trust you anyway," God moves in. He draws near. That is a welcoming to the Lord. If you're really desperate right now, your circumstances are dark, and you want to curl up in a corner, I know what that corner feels like. I know what those years feel like, but I beg you to stay with the Lord. Even when you don't feel or hear him, you tell him, "I'm going to stay with you." And keep putting your hope there, because he's coming. He's coming to be your rescuer, your healer, and your redeemer, and his promises still hold.

I believe sometimes God requires that we wait in his presence until we receive his divine intervention or his divine word. Some of those years of waiting in his presence can be lonely, and you wonder where he is. There were people who told me, "You're going to get through this." I couldn't believe that for myself. Sometimes in our darkest places, in our darkest pain, it's impossible to believe what someone speaks to you. But I testify that even if you don't feel it, if you belong to the Lord, if you stay with him, he's going to take you even "through the darkest valley" (Psalm 23:4).

When we follow Christ, we don't have to just stand around the edge of life and watch everyone else. The Lord calls us toward himself. It requires spiritual maturity to take that step and push toward God, to fight the good fight to grow in our relationship with the Lord and to become women who are so intimately in step with the Lord that we look like we're dancing.

The Lord has called us to himself. But for a million reasons we've hesitated—our sin, our insecurities, uncertainty. You're calling me? Hebrews 12:1 says, "Let us strip off every weight that slows us down, especially the sin that so easily trips us up. And let us run with endurance the race God has set before us." It's a choice, a decision, and it means growing up in the faith. That's the life I want to live. I don't want to just stand in the same room with God. That is an honor, but he's made us for so much more.

About eleven years down the road, everybody's in a different place. There's a lot of learning that comes from a journey like that. I'm grateful my children are all passionate followers of Jesus Christ at their own choosing. I hope it's because they saw what Jesus can do in the darkest places.

Angela Thomas is the best-selling author of numerous books, including Do You Know Who I Am?, Do You Think I'm Beautiful?, and My Single Mom Life. She is a gifted teacher and storyteller, speaking to thousands each year. Angela graduated from the University of North Carolina at Chapel Hill & Dallas Theological Seminary. Living in Greensboro, North Carolina, Angela is also a wife, a mother and an ordinary woman.