6 questions to determine what is reasonable to ask from your children.
Elizabeth Moll Stalcup 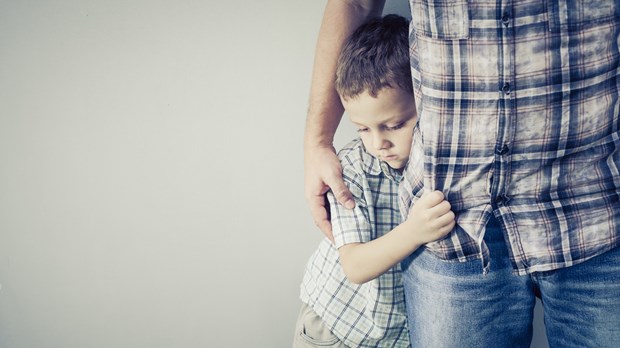 "Your little girl was so good during the concert," a gray-haired woman told me as she glanced at Anna, my 3-year-old. "I don't think I've ever seen a young child sit so nicely for so long."

Anna had just endured two hours of chamber music without wiggling or talking, and my heart nearly burst with pride. This was what I secretly wanted?for my little girl to be so exceptional that everyone would notice her.

A few years later, however, my pride turned to alarm as I watched my daughter become increasingly critical of herself and intolerant of her slightest mistake. I realized I was partly responsible. Anna was paying a high price to win my approval.

As parents, we want our kids to be better behaved and more moral than their peers, making it easy to fall into the trap of expecting too much. To guard against perfectionism, I've started asking myself six questions.

1. Do My Expectations Fit My Child's Age?

Six-month-old babies throw things because that's how they learn to release their tightly clenched fists. And a 7-year old may not hear his parents calling because he is lost in internal reflection. When my kids were little, I thought I should be able to tell them something once. But it was unrealistic to apply that expectation to young children.

To get our expectations in line with our child's capabilities, we need to learn about child development. One good way is to read Christian Parenting Today's "Your Child Today" section. Or ask your child's teacher if her behavior is appropriate for her age. Another valuable resource to consult is parents whose children are older than yours.

2. Do I Expect My Child to Behave Like His Siblings?

We know that each child is a unique individual created by God, yet somehow we are still surprised when our kids are so different. Parenting techniques that worked well with one child fail miserably with another. One child is talkative; the other craves solitude. One is messy; another is naturally neat. That doesn't mean we abandon hope of getting the messy child to clean his room. But he may need more detailed instructions and more support to get the job done.

3. Do I Expect My Child to Succeed at Everything?

To learn about themselves and develop good judgment, kids need to try things and take reasonable risks. This guarantees they'll make some mistakes. And it's often harder for parents to deal with the mistakes than it is for the kids.

We need to realize that failure is not something to be feared. In fact, some lessons are learned best when a child tries the wrong thing and sees firsthand that it doesn't work.

4. Do I Allow My Child to Test Limits?

At every stage of development, kids test limits. That's one way they learn about the world around them. It's also an excellent way for them to identify what their parents value most. When they push the boundaries and you don't give in, they realize how important the boundary is.

5. Do I Give My Child Enough Attention?

We can live our lives in high gear, rushing to work, rushing to soccer practice, rushing to the grocery store. But this constant rushing can cause us to overlook two essential ingredients of successful parenting: time and attention.

My daughter Anna struggled with basic math facts when she was in second grade. My husband and I were baffled by her inability to add simple numbers. But when we tried to help her, we only made her more tense. Finally, we signed her up for a program that required twice-weekly classes and daily worksheets. I didn't enjoy making her complete the worksheets, driving her to classes or shelling out the hard-earned cash. But she went from being the kid who never raised her hand to the kid who was eager to answer questions in class.

6. Do I Become Frustrated and Expect Too Little?

At times I have been so frustrated with one of my kids that I got angry, withdrew emotionally and stopped expecting him or her to succeed. I had reached a dangerous point. While expecting too much can wound a child, so can expecting too little.

"It's tough for parents to find the right balance between acceptance and challenge," says Linda Wagener, Ph.D., a child psychologist and professor at Fuller Theological Seminary. "Some parents expect too much in one area, such as high marks in school or athletic performance, and too little in another, such as how you treat other people. Or parents will expect too little from one particular child, often the baby of the family."

When parents expect too little, their children don't see themselves as being competent. Or they might fight off feelings of worthlessness by turning to the substitute of perfectionism.

I used to think I could raise cooperative, perfectly behaved children if I did everything right. When they misbehaved, I felt I wasn't doing my job as a mother. Now I know my kids aren't perfect?but neither am I!

It took years of prayer and encouragement and a drastic change in my expectations for my daughter Anna to recover. A breakthrough came one summer while a group of kids were praying for her. As God touched Anna, she began to sob. "I cried for over an hour," she told me later, "while my whole life passed before me."

I began to notice changes. She was less critical of herself, her family and her friends. She was also more comfortable with her emotions?even the negative ones. It helped that I had let up on my unreasonable demands, but God was the one who touched and healed her heart.

A former research scientist, Dr. Elizabeth Moll Stalcup is the mother of three children. She lives in northern Virginia.