Secrets on how to like yourself more
Verla Wallace 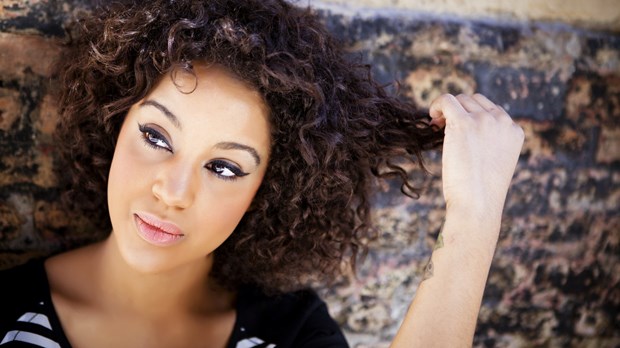 Several years ago I turned to a friend who was riding in my car and asked her, "What do you like about yourself?" We rode in silence for several minutes. Finally, she turned to me and said, apologetically, "I can't think of anything."

I was stunned. My friend is intelligent, charming, and compassionate—yet she couldn't see any of that.

I know she's not alone. Low self-esteem has become the number-one issue plaguing Christian women. Despite God's assurance that he's absolutely crazy about us, most of us can't believe he means us. It's like the cynical editor who tells the cub reporter, "If your mother says she loves you, check it out."

Check Out Your Sources

I was a reporter for 12 years. One of the first things I learned in researching a story was "garbage in, garbage out." If your raw data is flawed, you end up with a faulty conclusion. The same is true with how we see ourselves. If we lack self-confidence, maybe we're working with flawed data.

The reality is, in hundreds of subtle ways, our culture, family, friends—even our thought life—conspire to undermine our confidence. We grow up in families void of affirmation, encouragement, and respect—the building blocks to self-confidence. Then we find ourselves smack dab in the middle of a world that lionizes Size Two Hollywood starlets and Barbie-doll figures. Our paycheck, our title, our designer labels, or some other artificial yardstick gives us temporary entree into the world of The Accepted. But in our hearts, we know it isn't real. How do we find our way to the truth?

In the J.B. Phillips translation of the Bible, Romans 12:3 reads, "Try to have a sane estimate of your capabilities by the light of the faith that God has given to you all." Our relationship with Jesus sheds new light on who we are and what we do.

Before we can "hear" it, though, we have to identify the "dirty data" we've believed. We need to expose ways in which we've inadvertently contributed to the problem:

I'm technophobic. My brother got all the genes required to understand operating manuals, to repair things, or (gasp!) to make sense of computers. When I first had to learn how to use a computer for my job, I was convinced it was the end of life as I knew it.

I remember with painful clarity a beginner's computer class where the instructor told us to "press any key." I searched in vain for the "any" key. By the end of the class, I was certain I wasn't smart enough to drive myself home, much less dress for work the next day. This was despite the fact that I managed a home, a family, a job, and a professional staff.

Why was it so humiliating? Because I compared myself to the 10-year-old girl next door who effortlessly surfed the Net to research her term papers while I struggled just to log on. Instead of simply concluding that technical prowess is not one of my strengths, I concluded I must be stupid. It was a lie.

The Art of the Put-Down

People respect us as much as we respect ourselves. That's why the absence of self-confidence can telegraph to others not to believe in us.

For years I struggled to receive a compliment graciously. If someone complimented my hair, I'd discount it. I'd say my hairstyle made my face look fat or that my hair was a mousy color. What I really meant was, There must be some mistake. I'm not worth your regard. I don't like myself and can't really believe you do, either. The trouble is, if we persist in putting ourselves down, eventually people start to believe we're right.

Sometimes the problem isn't faulty data. We have an accurate picture of ourselves or a situation, but we capitulate the first time someone challenges us.

Several years ago, I discovered a grape-sized lump on my left breast. My doctor scheduled outpatient surgery right away. A month later, when I resumed periodic self-examination, I felt the same lump in the same hard-to-reach place. I was certain of it! When I called the doctor to suggest he might have missed the lump in question, he insisted I was wrong. It could not possibly be a lump, he said, because he had removed it. After all, he was the doctor.

I got off the phone, doubting what I'd felt with my own hand. But fear of lethal consequences gave me the courage to insist he re-examine me, at which point he reluctantly acknowledged that, yes, it did seem to be the original lump. He removed it in a second surgery.

It's time to go on the offensive and regain the confidence God wants for you. Here are a few ways to get started:

Name the Lies—and Give Them to God

Make a list of the falsehoods others have said about you (and what you've believed about yourself). Be specific. Then, agree with God that it's not how he sees you. Tell him, "God, I know you made me—and you don't make junk. These lies have got to go. I want to see myself the way you see me. Please begin the process of changing my mind."

Eugene Petersen, in The Message paraphrase of Romans 12:2, urges us to reject the flawed thinking of our culture and those around us: "Don't become so well-adjusted to your culture that you fit into it without even thinking. Instead, fix your attention on God. You'll be changed from the inside out."

Grieve the Loss of What You'll Never Have and Never Be

I once knew a woman who believed the lie that she was a victim. She wasn't in an abusive situation; she wasn't poor or ill or alone. But she felt as though the world always let her down. Eventually, she confessed to God the truth—playing the victim was easier for her than dealing with her own emotional "junk." But that was only the first step. Next she had to grieve the loss of a "crutch" she couldn't use anymore. She had to find a whole new way to live.

In my case, I had to confess the lie that I was stupid because I didn't understand technical things. Yet, even after acknowledging that I'm actually a pretty intelligent person, I still had to grieve the fact that no amount of classes or training would ever completely solve my technical ineptitude!

I now believe that—in my case—one child was God's will for me. I've rejected the condemnation. Nevertheless, I had to grieve that I'd never have the houseful of children I'd always wanted.Another lie I believed about myself was that I'd been selfish for having only one child. The truth is, I nearly died giving birth to my daughter, and my husband didn't want to adopt. Still, I spent years feeling like an inferior mother—like I should have trusted God to protect me in subsequent childbirths.

Replace the Lies with the Truth.

God's Word is full of information about your identity and position as a believer in Jesus Christ. Let the wonder of God's perspective on you soak in. Do you fully realize what it means to be:

Maybe you'd prefer God say he's crazy about dishwater blondes who are 20 pounds overweight. Then you'd know he meant you. But God didn't get that specific in describing Eve! All he tells us about her in Genesis 1:27, 31 is that she was made in his image and it was very good!

He feels the same way about you.

During my years as a radio news anchor and reporter in Chicago, I occasionally was called upon to participate in annual fundraising telethons. Telethon producers would round up as many media types as possible to answer phones. Most were TV news anchors with recognizable faces—the thought being they would attract viewers who would then pledge dollars to the cause. Because I worked for one of the major network affiliates, at times I was pressed into service, even though I worked in radio.

During one particular event, I stood off-camera, waiting to be told what to do. It happened during a season in my life when I was trying to figure out who I was and whether I truly liked myself. I'd been in counseling and had been studying God's Word to learn about my identity in Christ.

A twentysomething junior producer came over to me, clipboard in hand, and looked me up and down with obvious disdain. He scanned his list of "celebrity guests," then said, "Are you anybody?"

My mouth dropped open in disbelief. "Well … no … I'm not anybody," I said. Suddenly, the absurdity of his comment hit me and I started to laugh. "You know, once I was nobody. Does that help you? But, listen," I whispered, leaning toward him, "Now I'm somebody! I'm just not somebody you know." He shook his head, clueless, and walked away.

You, too, are somebody—somebody worth the sacrifice of what was most precious to God—his only Son. God may be the only person you'll ever know who loves you unconditionally. But once this truth soaks in, God's opinion becomes the only one that really matters.

Pinpoint the ways you may be sabotaging yourself by answering the following questions:

Verla Wallace is an author, speaker, and spiritual life coach. You may contact her through her blog, Pilgrim on the Loose, at www.pilgrimontheloose.com, or at verla@verlawallace.com.

Copyright © 2000 by the author or Christianity Today/Today's Christian Woman magazine.