Could our marriage survive his compulsion?
Debbie Pierson 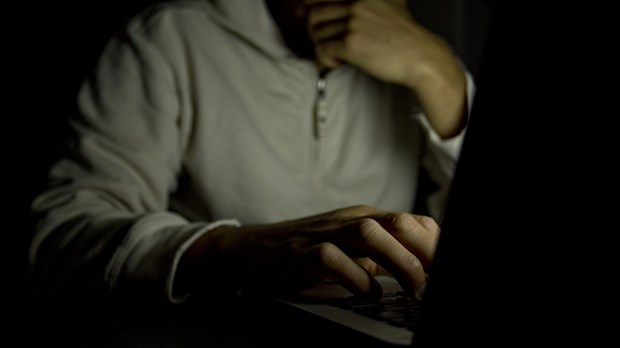 I have a confession to make: I've have been married to a sex addict for most of my 25-year marriage. For much of that time, I hid my shameful secret. I'd tell myself my husband, Paul, was normal, that every man was into pornography. All the while, I silently suffered tremendous damage to my self-worth, blaming myself for my husband's problem.

I never caught Paul looking at pornographic magazines, watching x-rated movies, or surfing pornographic Web sites. Instead, I found out by his own admission. Since he was a Christian while involved in these activities, his guilt eventually got to him—and he had to confess.

When I finally stopped denying the seriousness of his addiction, life seemed unmanageable. How could I cope with my crippling emotions of pain, anger, and shame? How could we go on? I needed answers—but didn't know where to turn.

When Paul and I married, I wasn't a Christian yet, and Paul had become one just a month before we wed. When I finally accepted Christ, our marriage should have followed the "happily ever after" route. But we learned the hard way that becoming a believer doesn't automatically eradicate your family inheritance.

Paul's addiction to pornography filled me with feelings of failure, guilt, shock, devastation, and hopelessness. I didn't know what to do when he came with a confession of his activity. I felt as though my heart broke into a million pieces. My worth as a woman plummeted, and I put up walls to close out any emotional or physical intimacy with him. It would take me weeks before I could allow myself to be intimate with Paul again.

Although Paul confessed, he was unable to stop. When he saw the unbelievable pain I experienced, he'd be overcome with remorse. We fell into a pattern: Paul would confess his involvement in pornography, beg for forgiveness, then promise never to do it again. But—he would.

I could always tell when Paul experienced a failure. He'd behave as someone who had something to hide but would become offended that I didn't trust him. Finally, after weeks of questioning him, Paul would confess that my suspicions were right.

One evening, as Paul and I took a walk, he confessed that while I was at Bible camp with our kids, he'd bought a pornographic magazine and indulged. How could I be of any value to Paul if he continued to repeat this destructive habit? What could I do to help him? So I'd take partial blame, then forgive him—again.

This happened at least a dozen times before I finally came to the end of my rope. After 12 years of marriage, I'd suffered in silence long enough. It was time to go to a counselor for help, I told Paul, or he'd have to live somewhere else. The threat of having our family and friends find out about his addiction forced Paul to get help.

Paul confessed his addiction to a pastor, who challenged him to monitor what he watched, where he went, what he looked at. The pastor believed Paul should have a male friend who knew about his struggle and could question his purity at any time.

Paul took up his own crusade to conquer these evil "urges." He tried to follow the pastor's advice, but several months later, I confronted him again with my suspicions that he'd fallen.

We were at a crossroads. After doing everything he was instructed to do—and failing—Paul felt hopeless. For the first time in our marriage, I actually had a different reaction. I didn't feel as though I had to carry the responsibility of this whole mess myself. It was time to seek counsel together!

Through a Christian counselor, we discovered Paul used pornography to numb his pain. When life felt out of control, this "pleasure" made him feel better. It had nothing to do with me not meeting his needs—and everything to do with his feelings of inadequacy. Pornography gave him a sense of power, if only for the moment.

Through counseling, Paul and I learned to communicate our feelings and work through those painful, out-of-control times. We developed a new intimacy in our relationship with each other and with Christ. We stopped blaming each other for our feelings and actions. We took responsibility for our own disappointments.

This isn't to say we never dealt with any more episodes. After almost two years of counseling, I found out Paul was disappointed with me one evening. I'd chosen to go out with a needy friend rather than stay home with him. He ran back to that "pleasure" to numb his pain.

We reached a turning point about a year after Paul's last failure. I again was a camp counselor at Bible camp with our kids during the summer, while Paul stayed home. That first week, Paul kept busy. He even called his counselor one evening in tears over his distress about being alone. It was a tough week for Paul—but he remained pure.

When we came home from camp for a week before we had to return for a second week, Paul did everything he could to manipulate me into not going back. He was convinced he couldn't go through another week of fighting his urges alone. But Paul needed to see that only Christ could save him from himself. It wasn't my job to be his savior.

As I stood my ground about returning to camp, Paul fell apart. We both ended up sobbing. I grieved over the incredible demands he put on me; he grieved over my refusal to take control. I never gave in to him—but he finally gave in to Christ, giving him complete control. Since this time he's been able to remain pure in our marriage. It's been more than three years now.

In the past, every time I faced one of Paul's confessions, a battle raged within me. One side had hope that God would use what was meant for evil for good. The other side wanted justice, pity, revenge! But I never quit pleading with God for healing in my marriage. I never quit forgiving Paul. And God always supplied me with the grace to persevere.

But as I continue sharing my story, I find support, comfort, and real concern. God's given Paul and me some dear friends who care a lot about us. They've cried, listened, prayed, and celebrated our successes with us.

One of the most significant verses to me in this whole journey is James 5:16: "Confess your sins to each other and pray for each other so that you may be healed. The prayer of a righteous man is powerful and effective." We have a God who knows how we feel—and really cares. He knows our doubts and despair. He can help when we're willing to bring those things to him. Nothing is impossible for God.

Debbie Pierson, a freelance writer, lives with her family in Michigan.

Copyright © 2001 by the author or Christianity Today/Today's Christian Woman magazine.