With no regrets
Emily Sellers Roberts 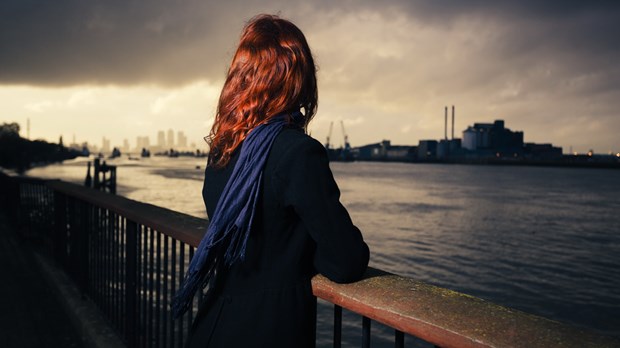 I was 39 years old when I finally walked down the aisle to marry my husband, Tim. I'd abstained from premarital sex through 23 years in the dating world. Was it easy to wait? Hardly. Was it worth it? Absolutely.

When I was 16, friends invited me to a Campus Life Bible study. I'd been raised in the church, but God always seemed far away. Mom had died when I was 11, and I longed for someone who wouldn't go away. Daring to believe that God could be my lifelong companion, I committed my life to him. I began reading the Bible, and verses such as 1 Corinthians 6:18-20—which tell us to flee from sexual immorality and encourage us to honor God with our body—made me ashamed of my past sexual experiences. I decided to accept God's forgiveness and to remain abstinent from then on.

The Bible's poetic portrayal of a virgin bride wooed my heart with a longing for purity and innocence: "I betrothed you to one husband, that to Christ I might present you as a pure virgin" (2 Corinthians 11:2, NASB). I wanted to be virtuous and untaken, to experience the preciousness of waiting and of finally being presented to my husband. But being a passionate person in a sex-saturated society, how on earth was I ever going to be able to live up to my decision?

Thankfully, wise friends and mentors offered me great advice to help me resist temptation. I took to heart the words of my Campus Life youth leader who said I shouldn't go out with someone whom I wouldn't potentially marry. So early on I decided not to date men who didn't share my faith in Jesus.

I also listed the qualities I wanted in a husband and gave the list to Dad, asking him to remind me of the list when I got serious with a guy. When I brought home one boyfriend who wasn't a good choice, my dad raised his eyebrows and asked, "Remember your list?"

Once my pastor asked us singles, "How would you feel if you went to the movies with Sam on Friday and held hands, then on Saturday you saw him out with another woman holding her hand? Wouldn't you feel betrayed?" Of course. Yet people in our culture have sex and walk away the next day, often the same day! How far we've strayed from acknowledging that physical interaction impacts our heart!

One Christian friend said the only reason to abstain was due to guilt and fear of pregnancy. I agreed those were good reasons, but I also underscored that when we obey God's rules, we're free from all the negative consequences of breaking them. Even more importantly, obeying God leads to joy.

Accountability was essential to my remaining pure. To be able to enjoy dating and still abstain, I needed to be in close relationship with others who shared my belief that sex is designed for marriage. One roommate's boyfriend lived about an hour away, and she wanted to spend the night on his couch rather than drive home late at night. I told her I didn't think it was a good idea, and she started driving back home whenever she visited him.

It wasn't enough to ask, "How are you two doing physically?" Another needed question was, "Are you guarding your heart in your relationship with this guy?" Just as I could compromise myself physically, I could compromise myself by going out with someone who didn't bring out the best in me. For instance, one of my boyfriends was immature and unwilling to face some issues in his life. Friends repeatedly asked, "Why are you dating him?" Their question forced me to be honest and eventually break up with him.

My decision to remain sexually pure meant being honest—first with myself about what was right and honorable, and then communicating that to men I dated. It also meant walking away from a relationship if a man didn't want to honor my body or my heart. For my boyfriends, it meant weighing our hearts' desires against how the Bible teaches us to relate to each other—with humility, respect, and concern for the other person's best interest (Philippians 2:3-4).

What that looked like wasn't always black-and-white. Once I got into a relationship, we talked early on about our physical boundaries. With one boyfriend we kissed often. With another, we put parameters around our kissing—only one kiss per date!—because we got too aroused. We wrote down what we would and wouldn't do, and set a curfew.

Throughout all these interactions, I saw how much our society has it backwards. It encourages sexual intimacy as a way to determine long-term compatibility. But that's ridiculous! Did I put my boyfriend's name on my investment accounts? No way! Though I loved several men, I wasn't willing—nor were they—to join our financial assets unless we married. Why, then, would I share my body—which is much more valuable than my money—with someone outside of wedlock? Yet we're shamed into believing we're a prude or inhibited if we turn away from sexual involvement.

In my last few years of singleness, I compromised by going out with an unbeliever. He lavished me with compliments, but he also wanted to be involved sexually. Fortunately, nothing happened, but I got a taste of how badly it felt to be treated as an object rather than as a person. I saw anew my vulnerability. I justified our dates, saying, "No Christian man is noticing me. I deserve and need the attention."

After years of abstinence, I was still vulnerable—even more so because I had fewer men pursuing me and my body was changing. I had flab on my thighs, crows' feet around my eyes, some gray hair. It was tempting to fall into a relationship with any man who noticed me—whether he was the kind of person God would want me to be in a relationship with or not.

How many nights I wept from loneliness upon my single bed! The possibility of more years of being alone brought hopelessness. I never quit wanting a husband. I never quit longing to be in the arms of a man, to lay my head upon his chest, to be caressed. I was alive with desire as much at 38 as I was at 18.

But then I stumbled upon the story of Sarah in the Bible. Though God promised her a child, after ten childless years, she took charge and asked her husband, Abraham, to have sex with her servant. The result was a son. Sarah got what she wanted, but motherhood didn't satisfy her because it came illegitimately. Second Corinthians 11:3 says our minds can be led astray from a simple and pure devotion to Christ. What the Bible describes as simple and pure often seemed complicated and torturous in my single journey. That's why I continually needed to present my heart to God, ask for his help, and to seek encouragement from others.

The year after I dated the non-Christian, I met my now-husband, Tim. He'd seen a photo of me that a friend of mine, his cousin, had. Tim eventually wrote me, and thus began a six-month correspondence through letters, e-mails, and phone calls. Finally, I accepted his invitation to fly from Denver to Florida to meet him.

Years before, Tim had been sexually involved with a girlfriend and had justified it by telling himself they'd get married. Yet, because of his Christian faith, he felt such guilt that the relationship quickly deteriorated. Thereafter, he practiced abstinence and was as committed as I to saving sex for marriage.

How different Tim's compliments felt from the non-Christian's. Tim was verbal with his admiration of my body, but the difference is that he'd voice his comments while we sat at a table in a restaurant rather than just when we were alone in a dark car. Tim also complimented things about me that weren't sexual in nature, such as my character and my faith. And he never expected me to respond to his compliments by giving myself physically. Furthermore, he wanted to know all of me. He heard my hopes, cuddled with me during movies, proofread my writing, cooked dinner with me. His self-control and respect for me were such a turn-on, I could hardly wait for our honeymoon. And the amazing thing is, these qualities are part of who he still is in our marriage, and I'm still turned on by his tender care and respect for me.

Throughout our wedding ceremony I wore my veil down, and Tim turned it back to kiss me as his pure and innocent wife. At our reception, I gave a toast to Tim, telling him he'd been my friend, boyfriend, fiancé—and would soon become my lover. It was thrilling to be able to say this! Twenty-three years of waiting was worth more than all the money spent on my silk wedding dress, the flowers, the reception, and the honeymoon. Only decisions made over and over in the heat of a passionate moment in a dark car or during lonely times of not being asked out could buy that blessing.

Recently Tim and I were driving home from Home Depot in our old blue pickup. I looked at him and asked a favorite question, "Why didn't you try to have sex with me when we were dating?" He glanced over and answered, "Because you were a precious treasure. I wanted to wait for you." I beamed and sighed, still enjoying the blessings of having waited.

Emily Sellers Roberts, a therapist, lives in Colorado with her husband.