I'm not less valuable just because I am single.
Sherri Langton 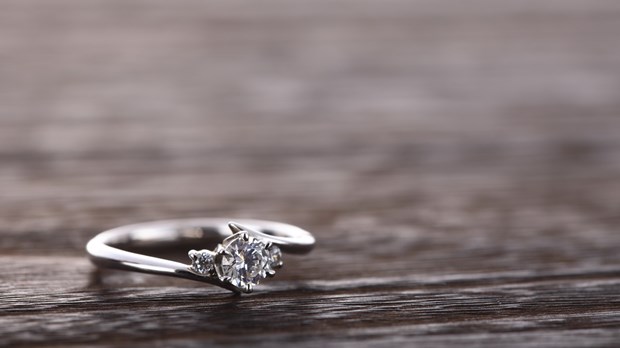 "You need to find a husband," my stylist announced, briskly clipping my curls.

Ignoring my silence, Janet bubbled about an eligible male customer of hers who was "just right" for me. There was a time when such comments about my single state would rub me raw.

To Janet and the others who meddled in my personal life, a woman my age should be in the happily-ever-after set—not still searching for Mr. Right. If a 30something woman hadn't tied the knot, folks thought something was wrong with her.

For many years, I agreed with them. The word single sounded like a disease to be avoided at all costs. Sometimes, the Bible's support for the single life helped me feel less weird. But if being single was so great, as the apostle Paul said in 1 Corinthians 7, then why did most of my friends constantly date in an effort to head toward the altar? And why did the few single women I knew seem like miserable misfits? I concluded marriage and motherhood equaled "success" for a female; singleness branded her a failure.

Thankfully, as I got older, I got wiser. God challenged my notion that a woman's worth is based solely on her marital status. Over the years he's opened my eyes to the many ways he considers me a success—even as a single woman. God can help change your definition of success, too. Here's how.

Oddly enough, God began teaching me my best lessons as a single through a few forgettable dates. First there was "Richard," a college classmate, who took me to dinner and a movie, then cheerfully suggested we spend some time at his apartment since his roommate was gone. When I refused, Richard's easygoing manner switched to anger. He mashed down on the accelerator and abruptly drove me home. After I had a good cry, God pointed out that I'd protected my virginity, a counter-cultural move he considers a huge success.

Next was a blind date with a handsome, well-dressed guy named Hans. Unfortunately, the best part of our evening together was the movie we watched—two blessed hours in which I didn't have to hear Hans talk about himself. Our time together taught me how deceiving looks can be. Jesus' words in Matthew 12:34 proved true: "Out of the overflow of the heart the mouth speaks." Preferring inner beauty in a guy more than outer, God showed me, is success.

With the birth of my first nephew, Ryan, God began correcting another of my misconceptions. A successful woman isn't solely one who raises godly sons or daughters, but rather one who also positively influences the children he places in her life.

My heart wrapped quickly around Ryan. I snapped scads of pictures of him and took turns feeding and burping him. As my nephew grew, we progressed to playing with Legos, puzzles, and Hot Wheels. Eight years after Ryan's birth, I delighted in the arrival of my second nephew, James. I fell into the same feeding/burping routine as I had with Ryan. Soon I advanced from reciting nursery rhymes to studying bugs, playing ball, flying kites, and collecting rocks. With each activity, God showed me he was using our special bond to bless these little boys he'd placed in my life.

As time went on, both my nephews learned life isn't all kites and Legos. Ryan developed diabetes at 13 and rebelled against the injections and a diet that set him apart from his peers. When he was 10, James underwent surgery for a hematoma on his brain. Although the operation was successful, he battled headaches for months and wrestled with his faith, wondering why God didn't heal him. I realized our times of playful bonding had prepared me to relate to James and Ryan on a deeper level. During our "teachable moments" together, I told them that while it's okay for boys to cry and get mad at God, they must trust him no matter what. Passing on biblical truth to young lives, I've come to realize, is a fulfillment of the command in Deuteronomy 4:9 to teach God's laws to our children—and another mark of a woman's worth.

Giving Away My Gifts

Since my teens, I'd written poetry for my family and friends. But when I offered this gift to God when I was in my thirties, he mixed it with my love for the Bible, and I created my own line of greeting cards called Godsend. Each month I wrote a poem based on Scripture, printed it on card stock, and mailed it to people suffering through divorce, grief, chronic illness, depression, and other problems.

I also joined a writing group, and before our monthly meetings, I meet for dinner with friends who share my love of writing but not my Christian beliefs. These informal times provide opportunities for me to talk about my faith and invite them to church.

I've felt God smile at my willingness to give him my gifts, allowing him to use them to bless others—and me. No matter what I do, the best part is knowing God will call me "good and faithful" for not wasting the talents and abilities he gave me.

Leaning on My Lord

When the woman I'd shared a house with for seven years decided to go solo, I realized it was time for me to buy a house. Part of me relished the thought of buying furniture and selecting a color scheme. The other part froze: What about property taxes and homeowner headaches? Fear pushed me to commit my plans to God and trust in him, as Psalm 37:4 says. When I finally signed the papers and settled into a condo, my new home meant more to me than any house out of Better Homes and Gardens, mainly for what it symbolized: God's faithfulness in answer to my dependence on him.

I didn't know then how much more I'd have to lean on him. Two years after I moved, a layoff cut my well-paying job out from under me. Worry plagued my thoughts: What if I lose my condo? What if I have to declare bankruptcy? But Jeremiah 29:11 told me God had plans for me—for hope and a future.

As I circulated résumés and scoured want ads, God listened to my questions, pumped me full of peace, and stood by me during my fits of depression. And true to his Word, he prepared a job just right for me—three weeks before my unemployment checks stopped. For the past 12 years, he's guided me in a career that fits my desires and skills perfectly—proof that his plans are for my good.

I've built more than equity in my home and stability in my job; I've built trust through the best partnership I could have with the One who will not let me go. Placing faith in God's promises—even in uncertain times—helps me grow in spiritual maturity and find worth as his daughter.

Instead of needing a spouse and kids to find my worth as a woman, I've come to realize success is measured only in following God and making the most of where he has me in life. With God shaping my perspective, there's no such thing as failure.