The new battleground for sexual temptation isn't the bedroom, but our brains.
Camerin Courtney 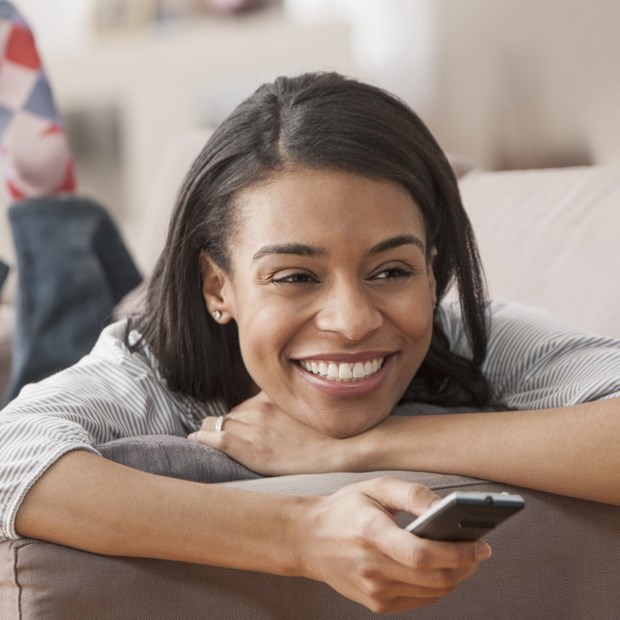 Sexual temptation ain't what it used to be.

When I was a kid, Three's Company was a controversial TV show for us younger viewers. For about half my friends and classmates, this "risqué" program, in which two women and one guy shared an apartment strictly for financial reasons, was off-limits.

Flash forward a couple decades, and it's difficult to find a TV show without at least one cohabiting couple, who are sharing living quarters for reasons that are far from fiscal. And on the commercial breaks during these shows, sex is used to sell everything from organic shampoo to health club memberships.

For these reasons and many more, if you gathered ten typical Christians in a room and asked them what they think the biggest struggle is for their single sisters and brothers, I bet a majority of them would mention sexual temptation.

It's a good guess. But it's wrong. When we posed this question to you single readers, sexual temptation ranked third (with 15 percent of the vote), behind loneliness (32 percent) and trying to be content in my current life stage (24 percent).

I have a pretty good idea why this issue didn't rank any higher: It's difficult to be tempted sexually when you haven't been on a date in a couple years!

Over the past many months we've also conducted polls and asked for feedback that's revealed a trend of Christian singles dating less and less. So, it's perfectly logical that sexual temptation is taking a back seat to other more pressing and relevant issues.

However, the many e-mails I received last week in response to my admission that I've watched a few episodes of that new TV show Queer Eye for the Straight Guy reminded me of a more subtle form of sexual temptation I think we singles in particular need to guard against: In today's entertainment culture, it's easy to get desensitized to sexual ethics and practices that are contrary to our Christian beliefs. In other words, the new battleground for sexual temptation isn't the bedroom, but our brains.

I'm startled every now and then when watching Friends or Alias or the latest blockbuster flick to find myself not at all fazed when a couple winds up in bed together on the first date, or when I find myself even rooting for the consummation of a long-awaited romance or the breakup of a marriage so a third party can enter the scene.

I'm not proud of these things, but they're true. And I know from a few candid conversations with friends that there are many of us desperately trying to keep from being products of our over-sexualized culture.

So how do we do that?

If you think I'm going to suggest tossing your TV or watching only PAX programming and reading only the Left Behind series, you're wrong (unless you feel called by God to do so). Not only would that lead to a dreadfully narrow intake of artistic stimuli, it would make us woefully irrelevant to peers outside the Christian subculture. In fact, one of the most effective outreaches my church has staged recently is a film festival, in which we showed some strategically selected movies and then discussed the spiritual and ethical themes therein.

But on the other hand, there have been times when I've opted out of a movie outing, quit reading a novel, or decided to stop watching certain TV shows altogether, such as Queer Eye or Will and Grace, because, though popular and often well-written, they've had me laughing at or rooting for things that are quite contrary to my beliefs. And, let's face it, as single people, when we get aroused by certain scenes in movies or in books, there's not much that's healthy we can do with those feelings.

Sometimes I'm even more concerned about the subtle ways "reality" dating shows, romantic comedies, and the new genre of "chick lit" can shape our expectations for the opposite sex and for romantic relationships. Drawing from these sources, it's easy to believe singles are always buff, shallow, witty, catty, and drawn to hot tubs. But even a cursory glance around your local singles group, mall, or crowded movie theater will reveal that reality is so much less "glamorous" and so much more refreshingly diverse.

There are times I feel a bit prudish by deeming certain shows a no-go for myself or drawing other lines. But when I remember that God's just as concerned about our thoughts and motives as our actions (Matthew 5:21-22 , 27-28), I know this is the right thing to do. And when I'm spared that niggling feeling of guilt when finishing a novel or walking out of a movie theater, I experience a refreshing peace of mind.

This whole topic seems to me just another reason our relationship with God needs to be daily and active, and why we need to allow him into the messier parts of our life. I need his guidance to know how to make these seemingly minor decisions that help form my paradigm about major issues. He knows my weaknesses and areas in which I'm especially susceptible and can help me make wise choices that will protect me from unhealthy thoughts or actions.

This is also a reason we need to allow others who share our faith into the messier parts of our lives as well. I need the loving accountability of friends who will call me on certain decisions when I'm perhaps tuning out God's voice or having a difficult time hearing it. What a vital role we can play in each other's lives, drawing us closer to each other and to God, as we take the risk to be real with one another.

And hopefully, when those few coveted dates do finally happen in our lives, we'll be well equipped to draw lines and make decisions that, though they may seem boring by entertainment media standards, will lead to the kind of fulfilling happy endings that only the best Author and Director could create.