Blue Like Jazz author Donald Miller doesn't pass out tracts. Instead, he finds common ground with nonbelievers — and helps other Christians do the same.
By Douglas LeBlanc 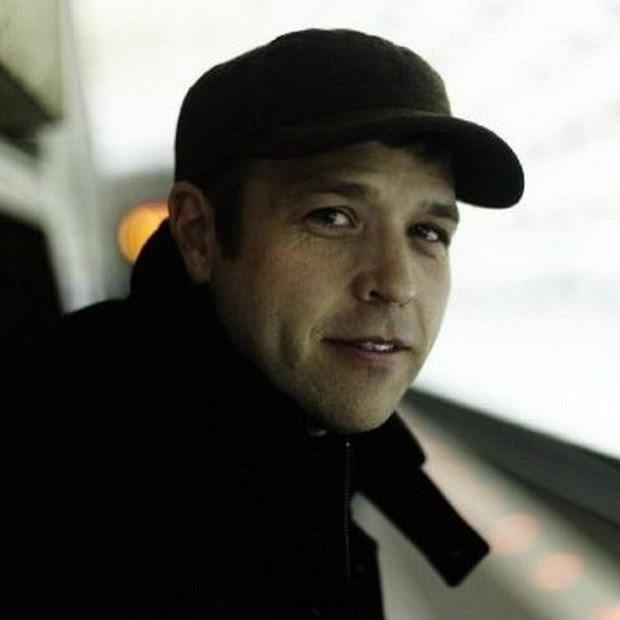 Donald Miller seems an unlikely evangelist—at least by conventional standards. In his books Through Painted Deserts (a revision of Prayer and the Art of Volkswagen Maintenance, 2000) and Blue Like Jazz (2003), the former youth pastor sets out from Houston on a cross-country drive, settles in Portland, audits classes at the proudly bohemian Reed College, and spends many sentences distancing himself from fellow evangelicals when he believes they are too entangled with the Republican Party.

But on other pages of Blue Like Jazz, Miller describes how he and fellow Christians set up a "confession booth" during Reed College's Ren Fayre, a weeklong college-approved drunken revelry. Miller and his friend Tony dressed like monks and took turns sitting inside the booth. Here's the kicker: the young Christian students confessed their sins to their perplexed and then intrigued classmates.

A similar vulnerability marks all of Miller's books, including Searching for God Knows What (2004) and To Own a Dragon (2006), in which he shares author's credit with John MacMurray, a Multnomah Bible College professor who welcomed Miller into his family home for four years. "The voice is mine, but the wisdom is John's," Miller says of their collaboration.

Miller's honesty and self-effacing style keeps him busy as a guest speaker at events ranging from large (an international Mothers of Preschoolers convention) to intimate (talking about sexual purity with fraternity members at the University of Texas).

"I seem to enjoy medium-size venues, 300 or 400 people, that tend to lean academic," Miller says, telling Today's Christian about his favorite setting for speaking engagements. "I also really like groups of college students who are not Christians. A mixed group of Christians and non-Christians is usually fun. It tends to create the most tension."

Like jazz music, which, as Miller observes at the beginning of his book, sometimes doesn't resolve, faith in God is full of unresolved questions. It's this offbeat metaphor of the Christian life that drives the personal essays in Blue Like Jazz. The unexpected success of the book (fueled primarily by word of mouth, it has sold more than 800,000 copies) has given Miller a platform to share the Christian story with both non-believers who are suspicious of religion and spiritually hungry folks who are cynical about today's evangelical institutions. His appeal is probably rooted in Miller's skepticism about man-made formulas and systems constructed around contemporary faith in Christ.

"Because we live in a constant sales environment where we are told a certain car will make us sexy or a certain dishwashing detergent will be a miracle for our dishes, we assume the gospel of Jesus works the same way, that is, if we invest something, we get something more back," he observes on his website. "But this is not the case. … When we let go of the idea of Jesus as a product and embrace Him as a being, our path to spiritual maturity begins."

Miller's time of auditing classes at Reed College helped him better connect with the common concerns of his fellow students. "It was very eye-opening to me to learn that they love many of the same things I love—justice, love, beauty."

Today Miller enjoys helping his audiences find a similar moment of discovery. "It's almost like introducing people to each other when you know they're going to get along," he says. "What I love is not the tension, but how easy it is to defuse the tension."

Miller, 36, has found a considerable following among post-Baby Boomer readers, and attends an emergent-style church, Imago Dei in Portland. But he's amused by any suggestion of being a leader in emergent-church circles, with their postmodern bent.

"I'm often considered a leader [in the emergent church], which is comical, because I'm not even sure what it is," he says. "I don't think even people who are in the movement understand what it is. This is just a new reaction to the evangelical community, and it's reacting in 12 different directions."

Growing up without Dad

One thing Miller is much clearer on, and far more passionate about, is making a difference in the lives of boys who grow up, as he did, without a father in their lives. His book To Own a Dragon represents Miller's effort to better understand how his fatherless childhood shaped him into who he is today. Miller writes sweetly about how John MacMurray became a surrogate father to him, teaching some of the basic lessons that ideally occur early in a boy's life. Observing MacMurray's relationship with his children and re-reading the Lord's Prayer, Miller was able to catch a fresh glimpse of God's love. He writes:

I used to feel a kind of hopelessness about life. I assumed life was against me, that whatever bad could happen to a person was going to happen to me. It was as though there was a current I was swimming against. But it was studying this passage that changed some of that thinking. God is fathering me. God is fathering us. I know that if God loves me and wants me to succeed as much as John loves his kids and wants them to succeed, then life cannot be hopeless.

To Own a Dragon is one of three books Miller committed to writing in the next few years. When he has fulfilled that contract, he wants to spend two years devoting his writing and passion to the Belmont Foundation, a nonprofit he established through his church that will help single mothers and their children.

The Belmont Foundation's website (www.belmontfoundation.org), which is strikingly free of any promotional material about Miller, sets out a four-year vision that includes helping mothers with basic home maintenance and repairs; offering seminars for single mothers, children, and teenagers; mentoring children ages 9–12; and duplicating the program throughout the nation.

What the crisis of fatherless homes needs is communication and advocacy. Miller believes his book-writing career has prepared him for such advocacy. "I feel a responsibility to get in the trenches, make it happen, and be an advocate on that issue," he says.

A heart for souls

Miller envisions immersing himself more deeply in the world of academia, possibly retiring from bookwriting by age 45 and devoting the rest of his time to teaching. He's already a guest teacher at Summit College, a Baptist school north of Toronto that combines academic coursework with training in camping, kayaking, and other outdoor skills.

He would like to earn a master's degree in counseling and develop a "personality theory"—a narrative that attempts to explain the motivations behind humans' confusing behavior. "I'm just convinced," he says, "that Genesis 3 explains why people do what they do much better than Freud and [Abraham] Maslow and the rest."

Miller is, at heart and in practice, an evangelical Protestant. He may qualify the phrase if it leads people to think he's a Republican—not a popular thing to be in Portland—but his concern for people's souls is evident in a profile that appeared in Portland's alternative newspaper Willamette Week. In a February 2005 cover story, journalist Zach Dundas wrote:

At Starbucks, after I close my notebook, Miller looks at me. "So you've been talking to people, working on your stories," he says. "Has anyone explained to you what the Gospel is?"

"I could give you the sales pitch," he says. "Because maybe, who knows, 10 years down the road …"

Then Miller proceeds, in the most low-key and friendly way, to explain that God loves me, wants to have a relationship with me—and, for that matter, everyone. The relationship was damaged in the Garden, but Christ came to earth to fix it. The invitation, Miller says, is always open.

In Blue Like Jazz, Miller tells the story about a cynical radio host who challenged him to defend Christianity. To the host's surprise, Miller refused. "How can I defend a term that means ten different things to ten different people?" Miller writes. "I told the radio host that I would rather talk about Jesus and how I came to believe that Jesus exists and that he likes me."

After the show, the radio host, with tears in his eyes, asked Miller if they could get together for lunch.

The beat goes on.

Douglas LeBlanc is a writer and editor based in Chesterfield, Virginia.