How I left my FLDS life, made some mistakes, and met Christ along the way
Kathy as told to Jan Brown 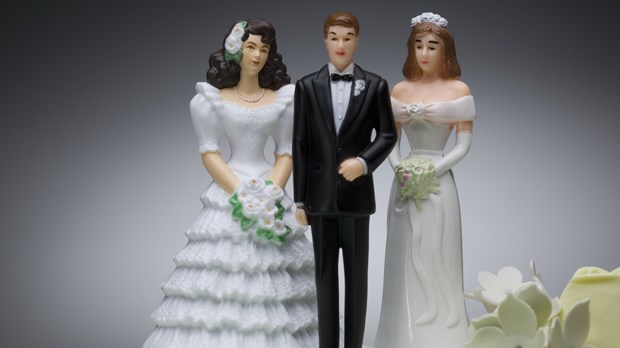 I was one of 13 children raised by our father and three mothers in a polygamist community in Utah. We were fundamentalist Mormons who practiced the original teachings of Mormonism from its founder Joseph Smith. This teaching includes following the Principle, which states a man must practice polygamy—marrying at least three wives—to enter the Celestial Kingdom.

Even though I knew which woman was my biological mother, we were encouraged to treat all the wives the same. Outwardly, our family seemed content, but beneath the surface lay jealousy and pain. We never acknowledged these feelings because we were supposed to sacrifice our emotions. Even laughter was discouraged.

We were constantly told to "keep sweet" and that "perfect obedience produces perfect faith." Behind these sugary slogans lay the impossible duty of living in complete obedience to the Prophet.

In Fundamental Latter Day Saints (FLDS), the Prophet is the earthly leader and mediator between God and man. Women are on this earth to serve their husband and obey the Prophet. If a woman does this faithfully, her husband may invite her to join him in the Celestial Kingdom. A woman's eternal fate depends on keeping this Principle.

We were constantly told to "keep sweet" and that "perfect obedience produces perfect faith." Behind these sugary slogans lay the impossible duty of living in complete obedience to the Prophet.

The Prophet is in charge of the Placement of young girls in marriage. The quality of her Placement depends on her level of sweetness. Knowing this, I tried very hard to live in obedience. At age 14, I began sewing my wedding dress in anticipation of my Placement. I hoped I'd like my future husband, but I feared my fate would be like those who never knew love.

When I was a child, the Prophet was Leroy Johnson. We called him Uncle Roy. He was a feeble old man who prophesied he'd never die—that he'd become young again and be lifted up to heaven. If I kept sweet, I'd be taken with him. I looked forward to that glorious day with hope and fear. Would I be lifted up? Or would I be left behind?

I refused to place my faith in Rulon Jeffs, the next Prophet. Things changed drastically under his leadership. He banned all dancing, sports, and frivolous activities. We were required to wear long sleeves and long underwear even in the hot summer months.

Warren Jeffs, Rulon's son, was the FLDS headmaster of the Alta Academy, where I attended school. He strictly enforced his father's rules, turning the standard of perfect obedience into a heavy burden. We all feared him. He beat the boys and used humiliation to gain submission. He once hauled a second grader to the front of the class, grabbed him by the ankles, and began to shake him up and down, yelling, "I'm shaking the evil out of him!" Each morning at devotions Jeffs chanted, "Keep sweet! Perfect obedience brings perfect faith!" Then, he gave us a new list of rules to obey: We couldn't wear stripes. We must not wear red. Some days we weren't allowed to eat. He changed the rules daily to keep us in constant fear. One steadfast rule stated girls were never to talk to boys. If you looked or smiled at one, you were a Jezebel—a scorned woman. Since I often looked and smiled, I was in constant trouble.

Sometimes Jeffs snuck up behind me, grabbed me by the scruff of my neck, and whispered, "Are you keeping sweet?" It sent shudders through me. Did he know I'd lost my faith? In tenth grade, my friend Katie and I instigated a water fight with some boys at the drinking fountain. Someone reported our behavior and it proved to be the unpardonable sin. Katie suddenly disappeared. It was rumored she was given the Placement—married off at 15 to an old man she didn't know. I was expelled in disgrace, but I didn't care. I was done keeping sweet.

I went to work in the town factory. Although relationships were still banned, it was easier to develop them away from Warren Jeffs. I had a crush on a boy at work, but I knew I wasn't the only girl he was dating. Men of the Principle were allowed to have more than one woman. I was expected to sacrifice my emotions and share the man. It was obvious this relationship would only lead to living the Principle. The more I thought about an arranged marriage, the more I dreaded it.

If you couldn't trust the Prophet, why bother to keep sweet?

I was disillusioned when I met Matt. Though his family was prominent in our faith, Matt questioned the Principle. We bonded over our shared rebellion. When I turned 18, we decided to marry without the consent of the Prophet. We wed quietly at a justice of the peace without family present. I remember feeling as if I'd just done something evil. We left everything and moved to California. Despite our newfound freedom, we had many problems.

Clinical research has identified emotional problems former cult members often struggle with, such as indecisiveness, depression, loneliness, guilt, and fear. We experienced all these and more. I couldn't make the simplest decisions. I felt guilty about leaving my family. I wanted to help them, but I also feared they would come get me.

I was ashamed I grew up in polygamy. I worried people would find out about my past, so I overindulged in drinking, smoking, and drugs in an attempt to appear worldly. My thoughts mocked me, You're an idiot for leaving! You didn't stay sweet and obey the Prophet! You're going to hell! I sought therapy, but couldn't express my feelings. I wanted desperately to believe in God, yet what had he ever done for me? I tried to read the Book of Mormon, but I didn't believe it anymore.

Matt had problems, too. He struggled from abuse in his childhood and became an alcoholic. We began to argue and grow apart. Matt entered a 30-day treatment program, but rather than support him, I left. By age 20, I was divorced and alone in a world I didn't feel prepared to face. Even though I claimed to be an atheist, I often prayed, "God, help me find the truth!"

A few years later, I entered into a relationship with a coworker, a Catholic man named Tim. We went to church for confession and on special holidays. In Catholic services, I was introduced to someone I'd never known: Jesus Christ. In the FLDS, the Prophet was our advocate before God—not Jesus. In the Catholic church, I learned Jesus hung on a cross to pay for my sin. This intrigued me, but I didn't attend often enough to learn what this meant.

We were delighted when we discovered I was pregnant. We had a baby boy, and for a while it felt as though my life was finally on track. Then Tim died suddenly from a staph infection for which he'd neglected to seek medical attention. I figured if God was real, he was angry with me. This was my punishment because I didn't keep sweet.

Mormonism teaches you must work to earn your way to heaven. The Bible teaches that trusting in Christ's finished work on the cross saves us.

I was depressed and alone with a young child. I began to call out to God again, "If you're real, show me the truth." Soon after, I met Brian at work. He stood out in my circle of coworkers. He didn't party, and he went to church. He talked about a children's club at his church called Awana that I thought might be good for my son. We began attending this church and Brian and I spent more time together. He had a purpose to his life, a steadiness I wanted. When I told him all about my past, he shared how Mormonism differed from the truth of the Bible. We began praying together. God seemed real and different than I'd ever experienced.

One day Brian's mother talked about a baptism. Confused, I asked many questions: What did a person need to do to be baptized? Did he say a vow or go through a ceremony? How much did it cost? She assured me baptism was free, that it was an outward statement of an inward commitment to Christ. I admitted I wasn't sure I'd made that commitment. How did I get this faith? Did you have to keep sweet and be perfectly obedient? She explained good deeds don't save us. Mormonism teaches you must work to earn your way to heaven. The Bible teaches that trusting in Christ's finished work on the cross saves us. I was amazed at the simplicity of the gospel message. I cried as I realized I could come to Christ just as I was. He didn't require perfection. Sitting there talking with Brian's mom, I prayed to receive Jesus as my Savior. Several weeks later, following counseling sessions with the pastor to make sure I fully understood, I was baptized.

It's been five years since that day. Brian and I are married and have another child. My mother and my youngest brother have escaped the cult and live with us. We pray for my father and other siblings trapped within the FLDS.

Warren Jeffs, my former headmaster, became the succeeding Prophet. Two years ago he went into hiding to avoid several FBI charges, including sexual misconduct against a minor. He was placed on the FBI's Ten Most Wanted Fugitives list in May of this year, and he was finally arrested in August. [Editor's Note: As of press time, Jeffs is awaiting a preliminary court hearing, facing two felony counts of rape as an accomplice and charges of arranging a "spiritual marriage" between an underage girl and an older man.]

I'm eternally grateful Jesus saved me and gave me new life. In FLDS, I had to live the Principle, keep sweet, and strive for perfect obedience to the Prophet. In Christ, I enjoy freedom and a life that's sweet because of his love. I'm no longer a woman of the Principle—by God's grace, I'm now a woman of faith.

Jan Brown lives in North Carolina. To contact Kathy with questions about FLDS and how to get out of a cult, e-mail her at OutofPolygamy@aol.com.