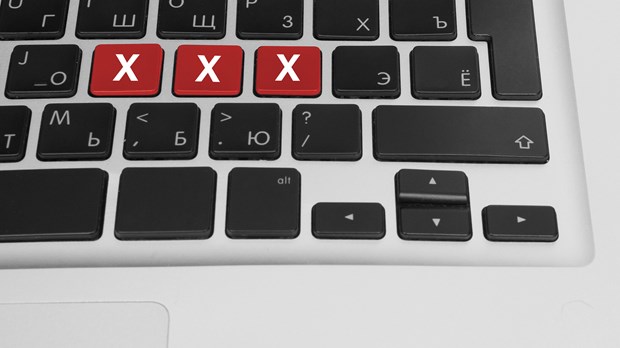 Dr. Mark Laaser knows both sides of sexual addiction. For 25 years, beginning as a college student and continuing through his career as a pastor and counselor, he lived a secret life that included pornography, affairs, and encounters with prostitutes. Today, 12 years into recovery and a healed marriage, Laaser heads the Christian Alliance for Sexual Recovery, lecturing and conducting workshops around the world. He has worked with hundreds of addicts and their families and has consulted with many church congregations and pastors after their clerics' sexual sins were exposed.

Laaser received his doctorate in religion and psychology from the University of Iowa. He serves on several boards, including the Inter faith Sexual Trauma Institute and the National Council on Sexual Addiction/Compulsivity. His books include, Faithful and True: Healing the Wounds of Sexual Addictions (Zondervan), Before the Fall: Preventing Pastoral Sexual Abuse (Liturgical Press), and Talking to Your Kids about Sex (WaterBrook).

He first published Faithful and True in 1992, when the Internet was still in its infancy. Since then, he has watched "cybersex"—pictures, videos, chat rooms, clubs, and more—become the number one issue in sexual addiction.

You have referred to pornography as a building block to sexual addiction. Obviously the Internet fits very well with that.

The scary part about the Internet is, first, there are forms of perversion available there that almost defy description. The second and the most powerful problem with the Internet is that it's available in the privacy of your home. In the "old days," you had to go to various red-light areas. You had to drive; you had to expose yourself to public humiliation.

Would you call Internet sex an appetizer for the more public expressions?

I think your average person who gets hooked into it will be on a downward spiral. It's going to feed the appetite for sexual expression. If you're left untreated, left unhealed of a pornography addiction, eventually your mind is going to want to express sexuality in some fashion.

Does the Internet attract and make sex addicts out of people who otherwise might not have been addicts?

There might be some people who have kind of drifted along at a very low level that have the vulnerability factors, but then the immediate access of the Internet comes along and hooks a lot of people who might not otherwise have degenerated so rapidly.

We tend to think of this as a male problem. Are women at risk, too?

Culture is rewiring the female brain. And I literally mean rewiring—neurochemically, neuroanatomically, women are getting rewired to be more visual and aggressive.

How does that happen? Just from repeated exposure?

So, someone with a pornography habit will actually physically need it?

Your brain after a while will adjust to that, and it will want more of that to achieve the same effect. That's why we see sex addicts who deteriorate over time.

You wrote in Faithful and True that our culture abuses us sexually by bombarding us with unhealthy sexual images. As a recovering addict, how do you deal with that?

If you're aware of it and you acknowledge it as a bombardment, then you know it's something you've got to deal with. If you are not acknowledging it, just letting it in on a daily basis while being desensitized to what's happening, then all of these things are kind of getting into your mind unconsciously. We have a program that we follow in terms of calling, reaching out, talking to people about what's going on.

So a key is not isolating yourself?

One of our teaching principles is that fellowship equals freedom from lust. We feel that if you're in fellowship in your marriage, in your church, in your community of friends and if you're experiencing fellowship, love, healthy touch, and nurture in those ways, you're not nearly as vulnerable to these stimuli.

The phrase I've heard is that as you feed one side you starve the other.

Sex in its many forms is a substitute for healthy love and healthy nurturing. If an addict is in the depths of temptation it's generally because he or she is starved for friendship, love, healthy touch, and so on.

You just said "sex in its many forms." Do you mean extramarital sex? Or are you saying sex within a marriage can be a problem too?

That kind of sex could even be a form of addiction.

What are some warning signs that a couple could be on that road?

Whether you feel more distanced as a result of sex or you feel more connected. Any sense of sexual dissatisfaction in a marriage needs to be addressed. In a majority of cases there are emotional and spiritual reasons.

What would you say to someone who knows he or she has a pornography problem?

The number one mistake Christians make is that they think they have to deal with this alone—that if they're getting tempted this way, they can battle it on their own. We need to have an accountability group: healthy relationships with other Christians where we can honestly talk about what we're dealing with.

With sexual sin, if loneliness is one of the sources of the problem, then to think that you can do it alone sometimes increases the level of that loneliness.

Keeping your marriage in mind would help too, right?

When I see something that tempts me, I need to remind myself of my commitment to a higher form of marriage and sexuality. My vision for the one-flesh union is such that the desire of my heart is to allow myself only to be attracted to my wife and her body, at whatever age.

And that goes completely against the tide of our culture, which is obsessed with the physical side of sexuality.

The paradox is, if you focus on your emotional and spiritual relationship, the physical attraction will increase.

When should a person who's struggling with sexual sin seek outside help?

If it's something you're stuck on. If it's a minor thing, you may not need to be in some serious recovery program. But I still think you need to confess it, talk about it, get some help, figure out where some of the loneliness and anger are coming from, and deal with it.

Would you first confess it to your spouse alone?

I would involve more people right away. You need some wise counsel about how and when to tell your spouse. You don't just rush in. A lot of guys make the mistake thinking that if they confess it to their spouse the problem will be over. That's not what happens.

It probably happens occasionally. But, even in those cases, I feel that the people might be kind of white-knuckling what's underneath.

The main thing to try to remember is that all of these sexual issues are symptoms. They're not the problem. They're a symptom of loneliness, feeling disconnected, feeling depressed, feeling angry. There are deeper emotional and spiritual issues that need to be addressed.

So, if you're hooked, if this has become a habit, think of it as a symptom that's telling you there's something in your life that's on disconnect. Where is that coming from? It could be that the source of disconnect is with your spouse. So just telling her that you have a problem with pornography on the Internet is not necessarily going to help that.

Where should someone turn? You're a little rough on the church in your book.

I guess the bottom-line question would be: Is the church a safe place to talk about these kinds of sins? Or are you going to get judgment?

I think all of us in the church need to look at any level of any kind of sin and say, is our church the kind of place where we feel safe to talk about our mistakes and still receive grace? Or are we going to church trying to convince ourselves and others that we are something that we're really not?

Is there a perverse positive in all of this, that because Internet pornography has become so pervasive it's forcing the church to address sexual issues?

Sexuality is a tremendous gift of marriage. What this whole thing is doing is forcing Christians to take a look at what God really intends for the sacred union of two people in marriage, and what Paul meant when he talked about a one-flesh union, in light of what the world is teaching about sexuality.

How does your view of sex addiction compare with what Scripture says?

All of the words for lust in the Bible are somewhat synonymous with the words for selfishness. Healthy sexuality is not selfish. It's not designed to gratify biological needs; it's designed to express the fullness of an emotional and spiritual relationship. As such, I think you should be more concerned with affirming your partner than whether you're getting a particular form of sex that day.

You have said many times that sex is not a man's greatest need. That's contrary to what some other Christian authors are saying today.

I think men are deceived. If you concede that our human biology is what drives us, then sex is really important. But, if we men are striving to have a heart for God, then I think our hunger for God is our biggest need. As we seek to find Christ in our marriages, then I believe that is our greatest need.

But for a long time you did pursue illicit sex as if it were your greatest need. Guys hooked on the pursuit of pornography today might feel the same way, even though they know it's sin.

And that's the question: What is my pursuit? What goals, what vision do I set my heart on?

We're teaching men a higher way. God has given us a biology of desire. There's no question about that. We are going to be stimulated by the sight of a naked female and want to act on that. That's part of who we are. But, we can override our basic human biology with a heart for God, and a heart for a one-flesh union, and a heart for our wives. If we can't do that, then God's playing an awfully dirty trick on us by asking us to be monogamous.

Jim Killam teaches journalism at Northern Illinois University. He and his wife, Lauren, have three children.

Signs you are at risk for sex addiction

Warning signs your spouse may have a secret cybersex problem

What to do if you suspect you are a sex addict.

NOTE: For your convenience, the following products, which were mentioned above, are available for purchase from the ChristianityToday.com Shopping Channel: