My husband's promotion meant uprooting our big city life to a small rural town. And I didn't like it.
Corrie Cutrer 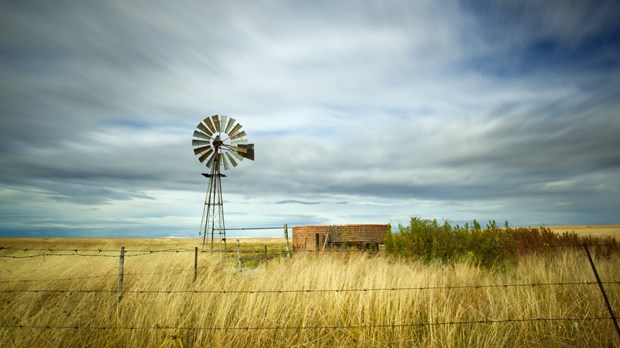 My husband and I used to joke about the Starbucks located on every corner of downtown Chicago. Now we tease that there's a cornfield on every corner in the rural area we moved to a year ago.

While it's humorous now, it didn't start that way. In fact, it was in one of those cornfields that we had a marital meltdown.

We were house hunting around a small town in southern Illinois. My husband, Bobby, took a wrong turn, and suddenly we were winding along a gravel road, surrounded by tall stalks. We were in the middle of nowhere. And I knew I didn't want to make this move.

I didn't find that funny. At all.

"This is where you're making me move?" I shrieked. "To the middle of a cornfield?!"

He cut short the house-hunting expedition and we headed back to our hotel in silence.

Weeks earlier Bobby had been offered a great promotion with his company, something he'd worked three years toward. But it required moving. Bobby was excited about the opportunity, and I knew I needed to support him. So I resigned from my job and started making plans to move.

I thought I could handle the change. Until I saw only cornstalks—completely opposite of Chicago's skyline. As we entered the hotel room, I dumped on Bobby all the misery that had been building. "Clearly you've made a mistake," I told him. "There's no way we can move here!"

Bobby slumped on the bed. "I had no idea this would cause you so much pain," he said quietly.

I wanted to leave the town and never turn back. Instead, I settled for getting out of the room. I threw on my running clothes and headed outside.

As I ran, I focused on the sidewalk, putting one foot in front of the other. My anger disappeared as I struggled for every breath. I tried to push myself. I didn't even care about the move anymore; I just wanted to finish the run.

Soon I found myself on a street lined with run-down houses. Guilt swept over me. We'd spent the day looking at nice houses in safe neighborhoods. I'd become so busy throwing a pity party that I'd forgotten our many blessings.

Then I remembered a season of change that had occurred for Bobby several years earlier, when he left his job, friends, and family in Tennessee to move to Chicago where I'd landed a job. He gave up the life he'd established so we could end our long-distance dating. It was my dream of writing that had led us to Chicago. He supported that dream—and me—by packing up and going to an unfamiliar place.

I knew it was my turn to sacrifice. I also knew I needed to trust that God works things for his purpose even when life takes me by surprise.

Back at the hotel, I opened the door and apologized for losing my temper. "I'd rather be here with you than in Chicago by myself," I told Bobby. "You are where my home is."

Relief spread across his face. "Thank you," he said. "That means a lot. It's good to hear you say you're committed to me, even though our marriage is taking you to a place you don't want to be."

There's a big difference between moving somewhere when you're single and moving somewhere together as a couple. The dynamics are more complicated, and the risks greater. Now that we know how the process can work, we've made a commitment to ask more probing questions the next time we consider a change. Is the new place an area where both of us can thrive? How will a move impact our jobs, friendships, and long-term goals? How much do we know about what the new area offers?

I have a feeling this won't be the last time we move—or face an unexpected situation in our marriage. But I know that whatever comes, we've achieved a deeper commitment to each other in facing the future together.

Been married five years or less and have an issue, challenge, adjustment, or rant about marriage? Tell us about it! We'll pay $150 for each story that's featured in this column. Send your story, name, address, phone number, and a quality photo of you and your spouse to: