My wife thought it was a problem. Since nagging didn't work, she found another method to get my attention.
Gary Smalley 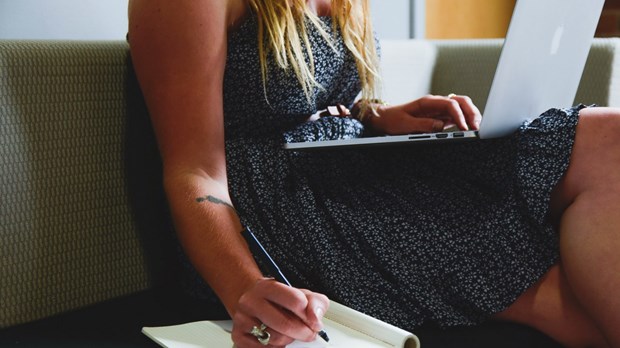 Early in our marriage, Norma came to the unpleasant realization that I was also married to my work. The long hours I spent at the office frequently included evenings and weekends. This left Norma alone a great deal of the time in the trenches with our three endlessly energetic kids.

When I was home, my mind was filled with all things work, which again, left little time for our marriage. Understandably, Norma would tell me. She'd point out that I wasn't there for her needs or to help with the parenting. But to me, it sounded more like nagging, so I ignored it—as many men do!

So imagine my surprise when one day I came home and sensed a calm spirit in our home. Norma's face was peaceful, not tense as it usually was. Instead of the customary harsh words, her conversation was quiet, and she was more interested in asking me how my day had gone.

A few days later, with peace still in our house, I asked what had happened.

"I got tired of fighting you," she explained. "I realized I wasn't trusting God with our marriage, so I decided to stop complaining and start praying. I've told God I'd like you to spend more time at home and help with the kids. Since God knows my needs, I know he'll make the necessary changes."

I was instantly convicted. Her quiet words forced me to look inside myself and see that my priorities were wrong.

Norma realized she couldn't change things on her own. She needed help from God. So rather than complain to me, she started to pray. I was fascinated by her immediate change in attitude, so I asked her what exactly she'd prayed.

She told me, "I prayed, 'Lord, you know I want a good relationship with Gary, and that I want him to spend more time at home. You also understand that I'm not strong physically. I'm so tired I don't feel I can last much longer under this strain. I'm coming to you with these requests because you can make it happen. Or you can take away my desire for him to be home. I'm going to stop fighting Gary and instead ask you either to change him or to meet my needs in some other way.'"

Norma stopped expecting life from me and started expecting it from God. She realized I not only would not, but could not energize her, so she went to the Source of life.

Some may think Norma just disguised her selfishness by asking God to change me instead of nagging me to change. I disagree. Some may also think I was in the wrong—that I was the one who really needed to change. To that, I agree. But Norma wasn't the one, as admirable as her desires were, who could procure a change in me. Only God could handle that task.

I encourage wives to ask God for a good relationship with their husbands. And vice versa. That request isn't selfish. A good relationship benefits not only the praying spouse, but the entire family's health, the Christian community, and ultimately our nation and the world. It also glorifies God, because a godly marriage is a picture of our relationship with Jesus Christ.

When we're in the habit of seeking fulfillment from the world, we won't learn overnight to look to God as the source of life. It took Norma and me several years before looking to the Lord became our natural, first response. And occasionally, we still catch ourselves focusing on someone or something other than God.

But when we really seek to connect with God individually, we unleash a powerful force in our lives and our marriages. Norma told me how glad she was that she stopped nagging me and started praying for change. "I have more energy," she said, "and I enjoy the time we spend together. That would never have happened had I kept trying to change the situation myself."

Gary Smalley, Ph.D, is founder and ceo of the Smalley Relationship Center (www.smalleyonline.com) and author of The DNA of Relationships (Tyndale).Visit him at www.theDNAofRelationships.com.