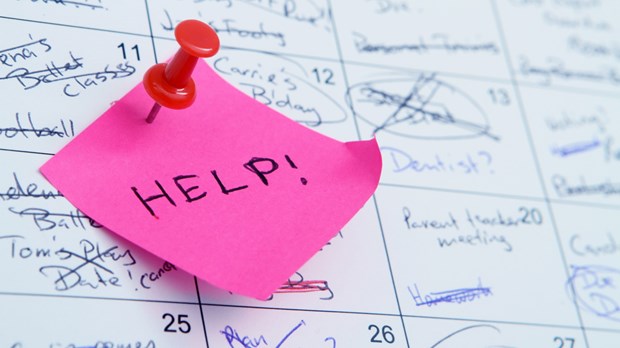 Elisa Morgan swings open her front door with one hand while holding a cordless phone in the other and, without missing a beat in her conversation, motions me inside. Appropriately enough, I am meeting Elisa and her husband, Evan, to profile a busy, two-career couple.

Waiting for her to finish the call, I gaze around the Morgans' homey living room. Comfortable couches curve around a fireplace. The view out the windows reveals a well-tended yard with the Rocky Mountains in the background.

"Sorry about that," Elisa says, referring to the phone call. "I'm about to start traveling, and there's so much to take care of before I go."

Just then, 10-year-old Ethan walks in. He shyly whispers in his mother's ear. "Why don't you pack some action figures?" she suggests.

"He's coming with me to Richmond, Virginia," Elisa explains, "and after my speaking engagements, we'll do some fun things together—just the two of us."

Elisa then steps through a French door and seconds later emerges with Evan, who has been working in the home office. Soon the three of us are sitting around the breakfast table, discussing the challenges of balancing a two-career, two-kid marriage.

Elisa is president of MOPS International, a Christian organization that serves mothers of preschool children. Her daily radio show, "Mom Sense," with her message that mothering matters, is aired on 450 stations across the country. She speaks at several conferences and churches every year and has written six books.

The Morgans are very much like any other couple juggling a family and two demanding careers, except that Elisa has the higher-profile job. "For some people," Evan says, "my business card reads 'Elisa Morgan's husband.'"

"We miss the point when we focus on who's in charge," says Evan. "We want our focus to be on serving one another."

Elisa adds, "The Bible says we are all to be servants to one another."

And so, in the kitchen, in the office and in raising their kids, Eva, 13, and Ethan, the Morgans work diligently to serve each other. For them, the question isn't "Who's ahead, Evan or Elisa?" but rather "Am I helping my spouse reach his or her God-given potential?" In fact, their commitment to serve one another began in the early years of their relationship.

Feeling called into leadership, Elisa enrolled in the Denver Seminary Master's of Divinity program in 1977. The curriculum was demanding, and as one of only six women students at the seminary, the experience was lonely as well. Rushing into an Old Testament class one day, Elisa plopped down next to Evan, barely noticing him as she shuffled through her papers. Seeing a Greek test in her bundle of papers, Evan commented on the stress of the divinity program.

His good looks and the fact he acknowledged that she was headed toward leadership caught her attention. "Part of our attraction to each other is our common commitment to be leaders," she says. It wasn't long before they were exchanging marriage vows, conscious that besides joining two people, they were joining two ministries.

After seminary, Elisa worked as a dean at a Bible college while Evan worked for a bank. He remembers Elisa coming home after counseling angry and depressed women whose husbands didn't feel secure enough to let them use their talents in a career or in the church.

"Why would I ever want my wife's leadership gifts to sit on the shelf?" he asked himself. "God has uniquely equipped Elisa for ministry—she's talented and I want to recognize and support her talents."

Since the early years of their marriage, Evan has encouraged his wife to use her abilities—not always an easy choice. For instance, he recalls an occasion several years ago when their careers brought them in direct competition for funding for their respective organizations. Back then, Evan was serving as vice president of finance and development at Denver Seminary.

"At certain events, Elisa would be representing MOPS and I'd be representing the seminary," he explains. "If we saw a donation come in for one group and not the other, we had to accept that either way, the donation was going toward the work of God."

"The times I fall short of my goal of supporting Elisa are when things are not going well in my career," admits Evan. "When that happens, I can either bring Elisa down to my level or be glad she's doing well in her work."

Evan is quick to point out that Elisa has likewise encouraged his talents. Two years ago, when he launched his own business, Elisa sat down with him to help sort out all the changes his new venture would bring about. Even though Evan would have less time to help out around the house, Elisa recognized that he had a passion and she wanted to see him fulfill it.

"I asked him if I needed to cut back on hours or travel less," she says. Fortunately, neither concession was necessary. Instead, Elisa's contribution has been to serve as cheerleader for Evan through the expected times of discouragement that come when starting up a new business.

Despite the Morgans' commitment to using their leadership gifts, they don't want to look back and see that they succeeded at the expense of their children. While Eva and Ethan were preschoolers, Elisa worked primarily from home. Once the kids entered school, MOPS took off and Elisa found herself putting in more time at the office and traveling. When she accepted the presidency of MOPS eight years ago, it had a budget of $30,000 with five employees. Today, the annual budget exceeds $2.3 million with 30 employees. Elisa knew she couldn't increase her workload and expect Evan to completely take over the kids and house.

"My culinary skills are marginal, and I'm even worse at braiding hair," admits Evan. "Back when Eva still needed help braiding her hair, you could take one look at her and know whether or not Elisa was in town."

So how do the Morgans keep their marriage and family together? They summarize their survival tactics as the "Three C's"—communication, cooperation and creativity.

Communication rises to the top of the list because Evan and Elisa love to discuss everything—from big ideas to everyday events. And where do these crucial conversations most often take place? At night in the bathtub! They even call it Bathtub Time.

Family traditions are essential in building a home. But other things, like sewing or cooking big meals, are special but not always necessary.

Cooperation means figuring out who will do what. Both Eva and Ethan swim competitively and are involved in other after-school activities, so it's not uncommon for Elisa to be in the car from 3 p.m. to 6 p.m. on some days running the kids around.

"Sometimes working out the daily tasks was like a union negotiation," says Evan. "We'd say things like, 'Okay, you traveled for work this month, I'll travel for work next month.'"

After one particularly tough stretch of juggling their various responsibilities, Elisa made up a list of "Elisa's duties" and "Evan's duties." Evan is responsible for the cars, lawn and money management while Elisa oversees the holidays and birthday celebrations, the laundry and house management. The lists have evolved over the years, and since they have agreed ahead of time who will do what, there's a sense of fairness when the crunch comes.

"It's easier to do your part knowing that you'll still get your turn to play golf or work in the garden at some later date," says Evan.

Finally, creativity means coming up with ideas that will make life run more smoothly. It's important to the Morgans that one of them be home for the kids after school, so Evan and Elisa do what more couples are doing: They take turns on who sends the kids to school. This arrangement frees one parent to leave for work early and be home in time for the kids' arrival.

Also, Elisa has learned that some things—such as family traditions—are essential in building a home. But other things, like sewing or cooking big meals, are special but not always necessary.

"I only sew when a button pops off and only manage side dishes when company comes," she admits. Maybe the Morgans eat a little more than their fair share of frozen pizza and granola bars, but the trade-off is that their kids know they have their parents' time and attention.

Nowhere is that more obvious than when Elisa is at the office. Both Eva and Ethan have a direct line to their mother. They don't hesitate to call her during the day to find out if a friend can come over or to check on the time of a pick-up.

"We've had to learn how to take something that sounds good on paper," says Evan, "and make it work out in terms of our day-to-day life. It's taken us 17 years to this point, and really we're still working on it."

Molly Cox is a freelance writer who lives in Denver, Colorado.