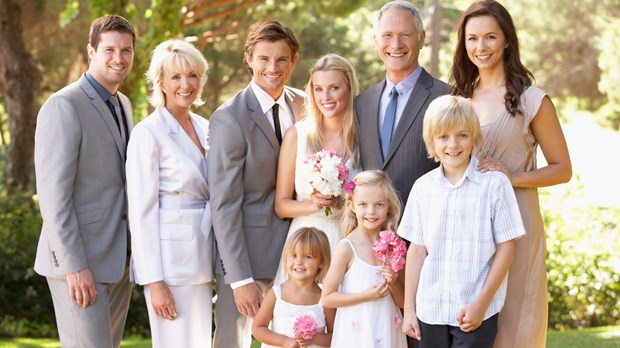 Parents can be a blessing to a married couple by offering love, wisdom, and encouragement. The Bible makes note of several supportive in-law relationships, namely Ruth and Naomi, Peter and his mother-in-law, and Jethro, who guided Moses. Yet the abundance of in-law jokes and stories testifies to the fact that parents can also be a heavy burden for a couple to bear. The Bible also has an example of this. David's father-in-law, King Saul, tracked him down to try to kill him. And you thought you had problems.

Whether you've had them for months, or it's been many years, in-law conflicts are certainly nothing new. Occurring in many forms, they tend to be ongoing issues that revolve around the couple as a whole. The first step toward finding a solution is to identify the problem. Here are five circumstances to consider.

Parents develop an older and deeper relationship with their adult child, which is to be expected. Even so, healthy parents will welcome their child's spouse into their lives, if that person is loving and kind. However, when a parent's preference for their own child over their child's spouse exists and is expressed, distance and hurt can result. During a visit or phone call, parents may show more interest in their child's goings-on than in a spouse's. Or they may give more lavish gifts to their child, disregarding a spouse. These gestures of favoritism can lead a spouse to feel left out and not valued when around in-laws.

Linda and Roy had been married for five years. Caring for a two-year old, planning for a baby on the way, building a business, and buying their first home, life was busy but rewarding. That is, unless Linda's parents came over.

Since they lived nearby, Linda's parents loved to visit—invited or not. They were helpful with the baby and even ran errands. But inviting themselves to come along on family outings was too much. Feeling trapped in a corner, Linda and Roy were torn about what to do.

Some parents cross over the line of responsibility and respect. Becoming too involved with the couple, they may meddle unintentionally, leaving the couple feeling smothered or controlled. Although they think they are acting lovingly, they are not allowing the couple enough breathing room.

Linda grew up in a traditional-style home. After she and Roy moved into their new home, they enjoyed expressing their own, more modern style. When Linda's parents were invited to visit, they questioned, "Is this some sort of phase you're going through?" Their opinions seemed disapproving and hurtful to the young couple.

Along the same lines as intrusiveness, some in-laws have difficulty letting go of their roles as parents. Instead of transitioning into a mutual adult relationship, they may offer unasked-for advice, criticisms, or even withhold approval if they disagree with the younger couple's preferences.

On the opposite end of the spectrum, some parents maintain cold, disconnected relationships. They seem emotionally unavailable, self-absorbed, aloof, or unfriendly. Although the couple desires a warmer relationship, they find themselves rebuffed or ignored. Sometimes, unresolved issues or hurts may account for this problem between couples. But other times, it has to do with the character of the in-laws as people. They may simply be distant folks. Regardless of the cause, it is a painful situation.

Although we are told to care for our parents (1 Timothy 5:4), there are times when couples should not become involved in the problems of their in-laws. For example, parents may impose on the younger couple to referee their arguments, or try to get them to take sides. They may want the couple to rescue a drug-addicted child that they can't fix. Or they may be financially irresponsible, and ask the couple to bail them out. Taking responsibility for issues like these can be inappropriate for the young couple.

Perhaps you've attempted to "love them through it," or you've chosen to ignore them totally. Either way, you may have noticed that these types of in-law problems may not diminish with time. Many of the issues are generated from longstanding patterns that are rooted in character issues. This means that if you want to see improvement, you have to take some initiative.

First, find out if there really is a problem, or if it's merely your perception. Sometimes we react to others based on our experiences, which can cloud judgment. A reserved husband may see his in-laws as intrusive, when in fact, they are merely outgoing. To help gain a proper perspective, ask a trusted friend to observe and verify your perception of the situation.

After you've identified the problem, ask yourself how you might be contributing to it. Jesus reminds us that we must first deal with our own actions before we help others correct theirs (Matthew 7:1-5). Deal with any unloving attitude you might have. Beware of promoting a problem by being silent, compliant, or rationalizing. By speaking the truth in love (Ephesians 4:13), we can foster growth and healing.

Linda and Roy were passive in dealing with their in-law problems. As a result, they began to withdraw emotionally from her folks. In choosing to find a solution to their problems, they promised to be gently honest with her parents. In addition, Linda made a commitment to put her marriage first, and her parents second. Approaching the situation as a united front provided new courage.

Confront your in-laws gently, but directly. Though you may need to involve your spouse, don't avoid dealing with the problem personally. Let them know how you feel and that it gets in the way of being close to them. They may react with hurt, withdrawal, or anger. Or they may be surprised at what they learn, and thank you for letting them know.

Choose to end an issue by setting new limits or by simply adapting to it. If the conflict creates havoc in your marriage, such as being publicly humiliated by a parent, you and your spouse may want to negotiate how and when you spend time with in-laws. If the issue is simply annoying, such as making a big deal over one person's birthday and not the other's, then you may want to let it go and enjoy the healthier aspects of your relationship.

Strengthen your role as spouse

An in-law problem can sometimes be a marriage problem. Favoritism, intrusiveness, and other conflicts can be perpetuated by a spouse who is unaware or unwilling to deal with the issues.

Though you and your spouse love your parents, you should be more aligned with each other than with them. When a spouse isn't loyal to their mate, there may be a "leaving and cleaving" problem (Genesis 2:24). This problem is exhibited in behaviors such as needing parental approval or respect, being afraid to confront parents, going to parents for self-image support, being emotionally or financially dependent on parents, or feeling responsible for parents' emotions.

If your spouse struggles with these issues, let him know how you feel and how his actions affect your sense of safety as a couple. Encourage him to work through these issues, perhaps by getting involved in a healthy church group. Becoming responsible in your union often goes a long way toward solving in-law problems.

John Townsend, Ph.D., is the coauthor, with Henry Cloud, of Boundaries and Boundaries in Marriage (Zondervan).