Your marriage depends on them.
By Gary and Carrie Oliver 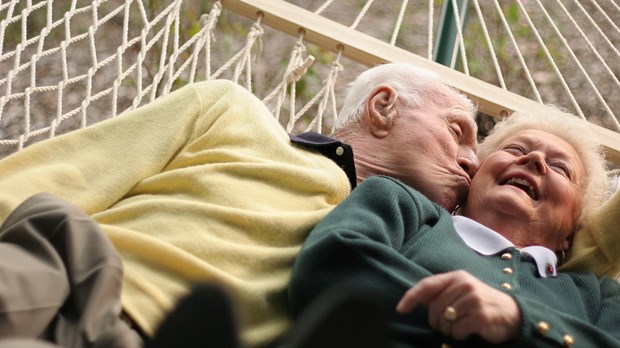 Several years ago a movie called Family Man came out. The story begins with Jack and Kate, a committed couple whose relationship seems destined to end in marriage. But then Jack receives a chance to go to Europe to study for a year. At the airport as they're saying goodbye to each other, Kate gets a funny feeling that if he leaves, it won't be a good choice for their relationship.

"Wait," Kate says. "I have a really bad feeling … . I know we've talked about this a thousand times, and we agreed that you going to London was the right thing to do. But in my heart this feels wrong … . Let's flush the plan. Let's start our lives right now, today. I mean, I have no idea what this life is going to look like, but I know it has the both of us in it and I choose us. The plan doesn't make us great, Jack. What we have together, that's what makes us great."

Jack tells her he loves her and "one year in London is not going to change that. A 100 years couldn't change that." And he boards the plane.

Ultimately, that's a different choice from the one God calls us to in a Christ-centered marriage. So what are God's choices?

Here are a few examples of the negative thoughts that may pop into our minds: She's not meeting my needs. She doesn't care about me. She meant to hurt me. Or He loves his work better than me. He prefers his sports. I'm sure he's having a love affair with that computer.

In a Christ-centered marriage, forgiving and being forgiven are essential—and often a daily experience, because it's not always about the big stuff. It's the he-didn't-take-out-the-trash-again kind of thing. Or the she-didn't-say-hello-when-I-walked-in-the-door. Small things build over time, and if not taken care of, can lead to the big stuff, such as affairs.

Why do we daily practice forgiveness in our marriage? To be heard by God, and to receive forgiveness for our sins. Here's what Jesus had to say about the importance of forgiveness:

"You can pray for anything, and if you believe, you will have it. But when you are praying, first forgive anyone you are holding a grudge against, so that your Father in heaven will forgive your sins, too" (Mark 11:24-25).

A lot of us don't understand what it's like to get into the heart and mind of our spouse and see the world from his or her eyes. That's where so many of us get it wrong. We're so captivated by what's going on in our own hearts, we don't have the ability to be empathetic with where our spouse is in his or her process.

When we commit to opening our minds to see life from our spouse's point of view, we gain empathy and offer forgiveness much more easily.

When was the last time you said, "I was wrong. Will you forgive me?"

Several years ago, I (Gary) was speaking on this topic at a Promise Keepers event. I had 50,000 men repeat nine magic words to help repair and restore relationships.

The first three words: I was wrong.

The second three: I am sorry.

The final words: Please forgive me.

Here's what it sounded like when these men repeated after me.

These words are extremely difficult to say. For men, especially, an apology might be, "Well, honey, you know, if two weeks ago I said something to you while you were having that difficult time of the month, and if because you were especially emotional you misinterpreted what I said and felt bad, that really makes me feel sad." Then they walk away thinking, Gosh, it feels so good to apologize. No, that's not it! It's: "I was wrong. And here's specifically where I was wrong. And I'm sorry."

And then comes an invitation, not a demand: Please, forgive me.

Prayer has always been important to us. But about six years ago, God brought a couple into our life who really helped us understand, in entirely new ways, what prayer looks like.

Prayer for me (Gary) was at times a preamble or a conclusion. Although I grew up in a church where we had prayer meetings, nobody prayed. Really, vulnerably prayed. Sure we prayed for our missionaries and Aunt Emmy's gout. All the safe things. But no one mentioned these kinds of prayers: Would you pray for us because we're really struggling in our marriage? Tonight on our way here my wife said she didn't like me. And you know what? I don't really like myself. Or I've been grappling with depression and feeling like a failure.

Six years ago we began to wonder what it would look like to become men and women of prayer. If there's any secret to a strong marriage in terms of love for God, love for each other, and passion, it has to be daily choosing prayer.

Prayer doesn't have to be a big production. It's more important to pray often than to pray for hours at a time. We began to pray on the phone, before we said goodbye, or we'd send off a prayer by e-mail. We'd start our day with prayer. Whenever there was a crisis, we wouldn't say, "I'll pray for you," we'd just pray. It became a part of daily living as opposed to nebulous hours of prayer we'd intend to have.

As we commit to praying together, we glimpse a view of each other's hearts that we don't have in any other realm. It gives me (Carrie) a new perspective when I hear Gary worship, praise, and confess sin. We begin to see each other in a different—and stronger—light.

Prayer produces an increased power for our relationship.

Gary had several episodes of cancer before we began to take prayer as seriously as we do now. It's amazing the difference in our lives, in the last 14 years and the crises during that time, choosing prayer instead of "going it alone." When prayer is a serious part of your relationship, there's a power in it like no other experience. There is a grace, mercy, and peace that come from Christ when we take the time to go to him. We can't imagine making the choice to do it any other way.

Prayer produces an increased passion for God and each other.

As we grew serious about prayer, we grew more passionate about each other.

King David showed this kind of passion for God when he wrote: "O God, you are my God; I earnestly search for you. My soul thirsts for you; my whole body longs for you in this parched and weary land where there is no water… . Your unfailing love is better to me than life itself… . You satisfy me more than the richest of foods. I will praise you with songs of joy… . I think how much you have helped me; I sing for joy in the shadow of your protecting wings" (Psalm 63:1, 3, 5, 7, NLT). How would you like to have that kind of passion in your relationship with God and your spouse?

But 13 years later, on Christmas Eve, Jack has a vision of a world where he and Kate had gotten married. He finds himself not in his Manhattan penthouse, but in a house in New Jersey. He works for his father-in-law selling tires. And Kate's still a lawyer, but she works at a non-profit firm. They have two kids, a mortgage, and an old car.

It's not exactly the life he wants. But during this vision he learns to love Kate, their kids, and their life.

Toward the end of the movie, Jack is transported back to the present and realizes that the life of his vision with real relationships is much richer than the life with his penthouse, money, and surface relationships.

This time it's Kate who's getting ready to fly to Europe, and Jack runs to the airport to stop her.

"You can't go," he yells. "Don't get on that plane. Please, let's just go have a cup of coffee. That's all I'm asking for. I'm sure there's another flight to Paris tonight."

Surprised, she turns around. "What are you doing here? Do you need closure? Because if you do after all these years, you got it. I'm okay. I was heartbroken. But I got over it. I moved on. And you should move on too. Okay? I'm sorry.

"We have a house in Jersey," he calls out. "We have two kids, Annie and Josh. Annie's not much of a violin player, but she tries real hard. She's a little precocious, but that's only because she says what's on her mind. And when she smiles … And Josh, he has your eyes. He doesn't say much, but we know he's smart. He's always got his eyes open. He's always watching us. Sometimes you can look at him and you just know he's learning something new. It's like witnessing a miracle.

"The house is a mess, but it's ours. After 122 more payments it's going to be ours. And you're a non-profit lawyer . . . . But that doesn't seem to bother you. And we're in love. After 13 years of marriage we're still unbelievably in love. You won't even let me touch you until I've said it. I sing to you. Not all the time, but definitely on special occasions. And we've dealt with our share of surprises and made a lot of sacrifices, but we stayed together.

"You see, you're a better person than I am, and it made me a better person to be around you," Jack continues. "Maybe it was all just a dream. Maybe I went to bed one lonely night in December and I imagined it all. But I swear nothing's ever felt more real. And if you get on that plane right now, I'll disappear forever. I know we could both go on with our lives and we'd be fine, but I've seen what we could be like together. And I choose us."

We love that line, "I see what we can be." Sometimes all a marriage needs is that little bit of vision, that little glimpse of what we can be. Maybe we're not there right this moment, but we have hope for what God planned for us when he brought us together.

In the beginning God created relationships. Healthy relationships are the ultimate evidence to the truth of Christ and our faith. But ultimately it's our choice.

Gary J. Oliver, Ph.D., co-author with Carrie of Mad About Us: Moving from Anger to Intimacy with Your Mate (Bethany House), is executive director of The Center for Relationship Enrichment at John Brown University. Carrie Oliver passed away July 2007. www.liferelationships.com