How to spot the signs of domestic violence
Corrie Cutrer 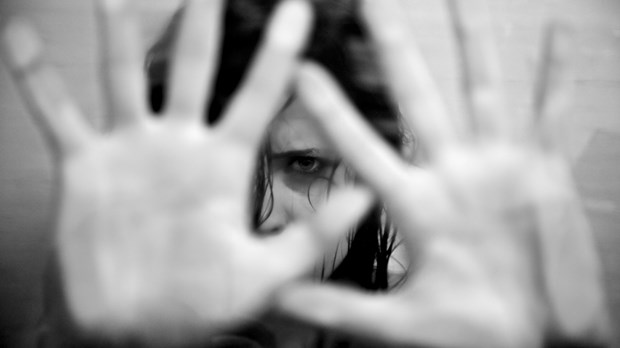 Even as a trained counselor, Catherine Clark Kroeger wasn't prepared for the startling image she faced during a brief office encounter years ago.

Kroeger was visiting a prestigious university campus, promoting an upcoming conference on domestic violence. While hanging posters in one particular building, a secretary asked Kroeger if she'd wait to be introduced to her boss. A few moments later, the administrator came out of her office. She was educated, intelligent, and held a highly respected job at the university.

She also had two black eyes.

Kroeger looked at her in shock. She and the woman exchanged pleasantries then went their separate ways. Regrettably, Kroeger says she failed to address the obvious personal agony in this accomplished woman's life. She was being abused.

"Later that day I brought back a book on abuse and left it with the secretary to pass along to her boss," Kroeger says. "But I should have asked to speak with the woman in her office. Even when it's coming right at you, it's hard to realize."

The National Coalition Against Domestic Violence reports that one in every four women will experience domestic violence in her lifetime. As the leading cause of injury to women, domestic violence affects not only the woman being abused but the family members and close friends who often suspect their loved one is being mistreated.

As it went for Kroeger, now a seminary professor and coauthor of two books on domestic violence, knowing how to identify and confront the various forms ofabuse, whether physical, emotional, psychological, or even economic, can be very difficult.

To complicate things, abused women often remain in denial for a period of time. "If she's intelligent and confident in other areas of her life, she may think, How could I have gotten myself into this?" says Kroeger. "It's hard to come to grips with it herself."

For family members or friends fearful a loved one may be experiencing abuse, it can be helpful to start taking note of what you observe. At times the most obvious signs can be a woman's demeanor and tone of voice, says Paula Silva, cofounder of Focus Ministries, an Illinois organization formed to help victims of domestic violence.

"If you're somewhere with her, is she always nervous about having to get back home to her husband?" Silva asks. "Does she drop comments about her husband's temper, such as 'You should see my husband when he gets angry' or 'My husband wouldn't let me wear that type of clothing.' Does she never seem to have money to do things or does she always worry about saving a receipt to show her husband how money has been spent?" These kinds of statements demonstrate the husband is trying to control his wife and can indicate that some kind of abuse is occurring.

"Often you can notice how much a woman's demeanor changes when she's with her husband compared to how she is apart from him," Silva says. "She may seem more uptight or even fearful."

A woman experiencing physical abuse may make excuses for repeated injuries, says Kroeger. That's why it's important to notice a pattern. Both Silva and Kroeger encourage those who suspect abuse to record how many times they've noticed injuries such as cuts, bruises, unusual bleeding, swelling, broken teeth or limbs. Also write down unusual behaviors.

"Make a note to yourself of things you see," says Silva. "Maybe she's covered in clothing, even if it's hot outside."

Or perhaps she's started wearing a scarf or hat regularly, a gesture that could indicate her attempt to cover up hair that's been pulled out from its roots, adds Kroeger.

"Obvious signs of deprivation, whether it's inadequate clothing or finances, signify abuse is happening," Kroeger says. "Sometimes even food is being withheld."

"Watch for her posture," Silva adds. "Sometimes women who've been beaten start to slump. Their eyes are sad. It takes a lot of observation. But if you're intentional, you'll begin to notice.

"In cases of domestic violence, abuse often is cyclical," Silva says. "Tension will build, then an episode will occur, followed by a 'honeymoon phase' when the husband expresses regret for his actions. Keep track of the cycles. Mark them on a calendar. This could be helpful in showing the woman how the cycles have become shorter and the abuse more frequent."

Additionally, a woman being abused usually faces isolation, either because her husband is trying to hide the abuse or the woman feels ashamed of what's happening. "If she thinks no one would like her once they got to know her, she may withdraw," Silva says.

This extends beyond situations of physical abuse to verbal and emotional abuse as well.
A husband treating his wife in this way may tell her she's fat, ugly, or that everything's her fault and everyone hates her, says Kroeger. She's left with a lower and lower self-esteem. She may be hesitant to express her own opinions. Or perhaps she stops attending church or another regular activity.

"Nothing I had to say had any value," says Silva, recounting her own years of emotional abuse she experienced before leaving her marriage. "I didn't go out often. I even stopped wearing makeup for a period of time."

If a family member or friend becomes aware that a loved one is being abused, they're often tempted to take control of the situation, Silva says. But this could result in an abused woman withdrawing.

"The first thing you need to do is listen to her and validate her," says Silva. "Usually she's only telling you the tip of the iceberg to see if she can trust you."

"Some women don't want to leave their marriage," Kroeger adds. "But they do need a shoulder to cry on. Be willing to engage in a long-term relationship."

Next, Silva recommends assessing the woman's safety. "You may ask her, 'What happens when you have a disagreement with your husband? Are there any weapons in your home? Have you ever needed to call the police or file charges against your husband?'"

"Depending on what she says, let her know why you're concerned for her safety," says Silva. "Suggest that she create a code word to use if she's in danger and needs to call a trusted friend or family member for immediate help in a volatile situation. Also, encourage counseling apart from her husband or partner. Joint counseling isn't a good idea in an abusive situation."

Silva and Kroeger suggest giving the woman a book or pamphlet on domestic abuse, along with information about a local shelter and a helpful website. "A woman may not even realize or want to admit she's being abused," says Silva. "But when things get bad enough, she'll have these resources to use."

If the abused woman has children, this also can influence how eagerly she seeks help. "Gently make her aware that there's the possibility she could lose her children if they're witnessing the abuse and are at risk themselves," Silva says. "Someone could report this situation to a department of child services. This realization usually hits home. She may be more willing to seek help for the sake of her children."

While friends and family may need to take action on a woman's behalf in an extreme situation, Silva believes providing education, encouragement, and persistent prayer to an abused woman can be the most beneficial way she helps herself.

"You want to empower her to action," says Silva. "Once she starts taking little steps, she may be more willing to do something about it."