How Linda Rooks is making a difference
Dawn Zemke 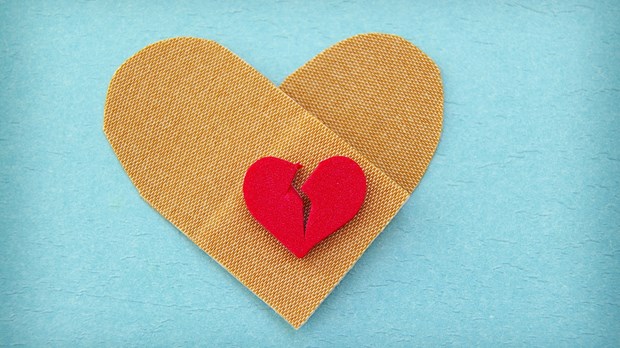 Heart pounding, Linda Rooks watched her husband's car disappear around the corner. Through 27 years of marriage, she and Marv had always agreed divorce would never be part of their vocabulary. Though their marriage had become increasingly turbulent over the past two years, including a brief separation, she was shocked that he'd not only packed and left but stated the unthinkable: "I want a divorce." "It felt as if my world was falling apart," she recalls.

That day in 1995 was the beginning of a difficult journey. For the first four months, Linda and Marv didn't even see each other. Unable to communicate with him, she journaled her anger and grief. Why won't he talk to me? she agonized. What am I going to do?

"It got me thinking," she says. "I started to read marriage books and for the first time realized I was responsible for some of the problems in our marriage. My husband had things he needed to work on—but so did I."

As Linda began to change her behavior—praising more and criticizing less—Marv slowly responded by making changes in himself. They attended counseling sessions and worked on improving communication and resolving conflict. Though still separated, they went out regularly to dinner or a movie, rebuilding their friendship.

A few months later, as Linda sifted through the journal entries she'd written during the separation, she felt a growing desire to help others struggling with a marriage in crisis. Part of her hesitated, however, recognizing that to be truly effective, she'd need to share personal details from her marriage.

"I thought, I don't know if I want to put my life out there," she says. "Both my husband and I are private people." So private, in fact, that some of their friends never knew the couple had been separated—for three years.

Wanting Marv's blessing, Linda gathered her courage and showed him what she'd written. "He told me, 'Linda, this is a way to make all the pain we've gone through be something that can glorify God. This is Romans 8:28.'"

With that support, Linda wrote a book, Broken Heart on Hold: Surviving Separation. Soon she began to receive e-mails from readers. Touched by so many people pouring out their pain, Linda responded to each one. Eventually she started an e-newsletter to reach hurting people during difficult times, such as Christmas or Valentine's Day, and offer resources to help.

Encouraged by the responses, Linda wanted to start a class at their church. When she approached Marv, he liked the idea, and they pursued it together. "At that point, people who were separated attended a divorce recovery class," Linda says. "Our pastor's wife agreed with us that separated people should be in a unique support situation that would encourage them to reconcile."

They didn't expect many couples to attend their first class, figuring most people wouldn't want others to know they were experiencing marriage problems. To their surprise, about 25 people came. That number grew with each consecutive class; today, typically 100 people register for a new session.

For Linda, the numbers are a testament to how badly the ministry is needed. "We first encourage them to focus on God," she says. "Then we give them resources and practical tips on improving communication and conflict resolution, such as filtering out hurtful words and expressing anger before it builds up and explodes."

The Rooks' passion for marriage reconciliation has blessed countless broken relationships. Linda recalls one woman whose husband planned to file for divorce the following week. "She read my book and started to attend our Marriage 911 class," Linda says, "and she saw that she needed to make changes in herself. By the time we were midway through our class, her husband decided he didn't want a divorce and started to come with her."

As they minister to others, Linda and Marv find their marriage benefits as well. "We learn from our own teaching," admits Linda. "Our discussions about curriculum help keep us on track and make us aware of anything we may be falling back on."

Seeing God use that dark time in her marriage to bless others has brought Linda a deep sense of purpose and joy. "I see people in conflict, so depressed and confused. They're in a dark tunnel right now, but there's hope on the other side. Even if their marriage can't be reconciled, they can draw closer to God and know he really has a plan, a purpose, and a future for them. And I'm so glad to be part of his work in their lives."


If Your Friend's Marriage Is in Crisis