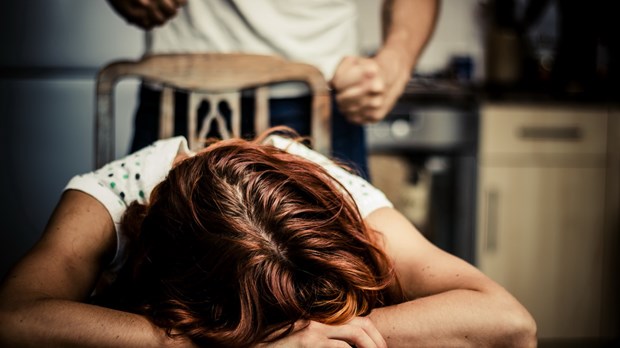 Many years ago Catherine Clark Kroeger faced a decision that would influence her life's course. Serving alongside her pastor husband, Catherine became aware of a woman in her church whose husband was physically abusing her.

Incredibly, several influential church leaders discouraged Catherine from getting too involved. "To them, I was destroying the home by encouraging the woman to get away from the abuse," she remembers.

Then Catherine received a call from the battered woman's counselor, who said, "You've got to get either the husband or the wife out of the home, or you're going to have a murder."

So Catherine drove to the woman's house to pick her up and help her find shelter. "I decided preserving the life was more important at that time than preserving the family," Catherine says. It wasn't a popular choice among members of her congregation, but the woman likely is alive today because of it.

It was the first in a series of similar incidents that made Catherine realize the prevalence of domestic violence within Christian circles, and how women desperately need help. She went on to become a seminary professor, counselor at a local shelter, and coauthor of two books on domestic violence.

The National Coalition Against Domestic Violence reports that one in every four women will experience domestic violence in her lifetime. And this statistic often excludes incidents of emotional and sexual abuse that go untold.

In their book No Place for Abuse (IVP Books), Catherine and coauthor Nancy Nason-Clark reveal that 83 percent of American and Canadian clergy interviewed during a six-year study shared that at some point in their ministry they've counseled a woman who has an abusive spouse or partner. Additionally, Paula Silva, cofounder of Focus Ministries, a small Illinois-based organization that reaches out to battered women, reports that her ministry alone received 2,000 calls, e-mails, and visits in 2007 from Christian women in abusive situations seeking help.

"Saying that abuse isn't happening to women within the church is like saying sin doesn't happen," says Paula, who's also coauthored Violence Among Us: Ministry to Families in Crisis (Judson Press).

Catherine believes the church can create an environment where long-term abuse goes undetected. "Many churches today still promote a misplaced theology on the family where the husband's will always trumps the wife's, divorce is not an option, and submission is deeply misunderstood," she says. "We deny and minimalize abuse because we have this glorified concept of what the Christian family ought to be."

Both Catherine and Paula believe Christian women could benefit from recognizing the various types of abuse in order to better help battered women. Whether it's a woman understanding her own abusive situation or friends and relatives recognizing danger in the life of a loved one, here are the main types of abuse that occur.

Emotional abuse is when a spouse uses words to destroy his wife's self-worth while also aiming to control her. A woman may constantly feel as if she's walking on eggshells, trying not to say or do anything wrong in order to avoid an outburst of rage. Her husband may call her names, tell her everything's her fault, or even make fun of her.

She may have to constantly account for the time she spends away from her husband. "Cell phones have become electronic tracking devices a husband can use to trace his wife's whereabouts," Paula says.

At other times, an emotionally-abusive spouse can use a woman's faith against her. "My former husband would often tell me God was disappointed in me because I wasn't doing things the way my husband wanted them done when he wanted them done," says Paula.

Psychological abuse involves a spouse using isolation and intimidation to control his partner. He may keep her away from loved ones or coworkers. Or he may begin to threaten physical harm to himself, his wife, his children, or his wife's loved ones, pets, or possessions.

Often, psychological abuse serves as a precursor to physical abuse. If an abusive spouse causes harm to an animal or shatters a treasured possession, this indicates an increase in rage and willingness to cause physical harm to another person.

When a husband physically assaults his wife, the result could be cuts, bruises, black eyes, broken bones, dislocated limbs, or broken teeth. It involves hitting, slapping, pushing, biting, hair pulling, or even the denial of medical care.

"Physical abuse has all sorts of levels," Paula adds. "It can be the slightest bruise or even just a pinch. It could be a husband blocking an exit as an argument escalates, making it impossible for his wife to leave the room or their car. It's any physical act intended to instill fear and exert control over the other person."

Sometimes a husband will restrict access to a bank account or withhold money altogether as a form of abuse. "I once counseled a woman whose husband would only allow her to buy so many diapers for their baby each month," Paula says. "I've seen other situations where a husband has required his wife to produce receipts for every penny spent."

"Another example is when a husband withholds clothing from his wife," Catherine says. "At one point I counseled the wife of a wealthy businessman. She was walking around in nothing but a rain jacket in the middle of a Minnesota winter. The husband would not allow her to spend money on a heavy coat."

Sexual Abuse Like physical abuse, sexual abuse can vary. For Paula, who was married to an abuser for 28 years, it meant sex on demand. "I knew my body wasn't my own," she remembers. "If I didn't give in, there would be endless verbal attacks. 'God must be so disgusted with you for being this kind of wife,' my former husband would say. 'Don't you know this is what he commands?'

"There were certain things he wanted me to do that I didn't feel comfortable doing," Paula says. "I felt like a prostitute."

Sexual abusers often force women into uncomfortable situations, Catherine says. "In more extreme cases, a man might force his wife into having group sex or sex with an animal. Or he might ask her to have sex with someone else while he watches. These things utterly demean a woman and cause a profound wound."

They also could result in gynecological problems for a woman, Catherine says, adding that one-third of abused women are battered during pregnancy.

Getting Help Surprisingly, Paula says emotional abuse leaves the deepest scars in women. "It destroys the spirit," she says. "A woman tends to believe those false messages she's been told, even if she's out of the relationship. It's hard to shed the lies she's believed for so long."

That's why—regardless of the type of abuse—it's so important to get help. Check out these websites and hot-lines, and know that, with Christ's help, healing is possible.

Go to www.TodaysChristianWoman.com/cause for more information and resources.

Corrie Cutrer, a TCW regular contributor, lives with her husband and their two daughters in South Carolina.