After 10 years of life with an alcoholic, I finally learned that I was part of the problem in our marriage.
Taylor Lukas 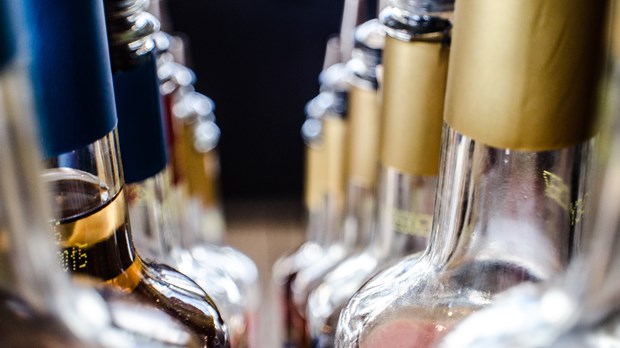 Hi, my name is Taylor* and I'm a grateful member of Al-Anon."

Once a week, I say those words. And after two years, I am still floored by that statement and by the truth behind it.

I dragged myself into Al-Anon after 10 years of trying to figure out my husband's drinking, after 13 years of a difficult marriage. A couples' counselor recommended Al-Anon moments after I almost hyperventilated from a temper tantrum. "You might benefit from Al-Anon," he said gently, the understatement of the century. I did not want to go. I did not think I needed to go. I'm not the one with the problem, I told myself, and my husband, and our counselor. He needs to go AA, I thought. I do not need to go to Al-Anon. But I went. And it changed my life.

Some things I absolutely must stress. I am a Christ-follower. So is my husband. We already were Christians when we got married. And we've been attending a great church for years, both of us very involved.

I came to realize that I obsessed about my husband and our difficult marriage in much the same way he would obsess about his next drink.

At the same time, my husband is a functioning alcoholic. And until about a year ago, I was a non-functioning co-dependent. I wouldn't have admitted it before Al-Anon. I wouldn't have seen it in myself. But I was doing many things to encourage this addiction and to break my husband's spirit, completely unaware and feeling completely justified. Co-dependency defined as simply as possible is this: addiction to a person and/or that other person's problem. A co-dependent is someone who thrives unhealthily, even unknowingly, on helping others and on being needed. I came to realize that I obsessed about my husband and our difficult marriage in much the same way he would obsess about his next drink. And it finally dawned on me that if anything were taking over God's rightful place in my mind and heart, I needed to look into my part in our dysfunctional dance.

I share my story because I believe the enemy is the only one who benefits from secrets. I think many women out there are suffering in silence, just as I did all those long and lonely years. And I want to be a voice who says you are not alone. There is hope.

Our relationship was bumpy before we got married, but alcohol was never an issue. Though I had an idea that arguing would be a normal part of our marriage, I never dreamed I'd be tracking how quickly vodka was consumed, looking for receipts in our garage, or following him to see if he were going where he said he would. But that is the life I lived for more than 10 years.

I remember the first alcohol-related disappointment I had in my husband. One night, with our newborn son, we were celebrating Christmas with my in-laws during a blizzard. My husband drank too much, and my sister-in-law pulled me aside and said I had to be the one to drive us home. I hate driving in blizzards, let alone for over an hour, and our baby was in my care. "Take care of your wife and your baby, for God's sake!" I wanted to yell at my husband. But instead I just drove us home, crying the entire way.

Then there was the time we were sitting outside and I started coughing, so I reached over to take a sip of his water only to find myself coughing even more when I realized it was vodka.

The time I stepped on a beer bottle cap in the shower, drawing blood, days after he said he wasn't drinking.

The time I started marking the side of his vodka bottle, only to realize he was going through a bottle every few days.

One time he was coming home from a family gathering and "hit an icy patch," driving into a garbage can that shattered his windshield into a thousand pieces. "An icy patch?" I asked incredulously through clenched teeth. "Any chance you might've also had a little something to drink?"

But I'd heard that song and dance before and I was finally becoming no fool.

I refused to see that this is not just sin but a sickness, and that my husband was hurting.

After each incident, I would bring it up harshly and with accusations. I refused to see that this is not just sin but a sickness, and that my husband was hurting. For years I would catch him, confront him unkindly, give him some form of ultimatum ("Stop or I'll tell so-and-so-elder at church") or some new rule ("No more alcohol in the house, but you can keep drinking at family events"). He'd make a promise, a few months would go by, and I'd catch him again. Repeat cycle. This lasted for 10 years. And obviously it wasn't working.

We tried six different counselors, marriage retreats, couples' small groups, and meetings with an older couple who were trying to help. I saw my own counselor, had my inner circle of friends for support, and read every marriage book under the sun.

Truth be told, we stayed married only because I told God I would stay married. Our story is not the stuff of fairy tales. It's about the rubber meeting the road, staying because I said I'd stay, crying myself to sleep, blaming, obsessing, controlling, judging, yelling, and wanting out.

Here's the interesting part. God has been there all along. He really has. He's been my refuge and support on lonely nights. I prayed my way through every misstep, tear, harsh word, ultimatum. I thought I was doing what God wanted me to do most of the time.

God has been there all along. He really has. He's been my refuge and support on lonely nights.

When I finally walked into the room for my first Al-Anon meeting, I listened to people share from their hearts and thought, I am not one of you. The second week I thought, Okay, I might be one of you. By the third week, my shoulders were relaxed and my jaw was unclenched and I thought, gratefully, I'm not alone after all . . . I am one of you.

I heard stories of strength and hope and healing. Of learning how to let go, how to detach with love, how to live and let live. I learned that I didn't cause it, couldn't control it, and couldn't cure it. I learned that I was not the reason my husband drank. (Oh, how huge this lesson was for me!) I learned that I did need to look in the mirror and take responsibility for myself, laying aside the victim role. That I could do some things to make our environment more calm for myself and for him. That change will come but it takes time. That I can do only so much.

And things started to change, albeit in small ways and not in ways that I had prayed or hoped for. I implemented every slogan, every reading, every story I heard, the serenity prayer, and the 12 Steps. Our home became more peaceful. The fighting practically ceased. My husband knows I attend, but we never talk about it. I just go, get filled up, and come home. For the most part, he acts as if nothing is different, though any change, even good change, can be difficult to enfold into your life. We danced the same dance for so long, and in making these changes I basically told him I wasn't dancing anymore.

Before I sought help, started looking at my own issues, and taking responsibility for myself, suspecting another drinking season in my husband's life would have derailed me. I would have inappropriately emailed a handful of friends with all the details. I would have confronted him with unkind words, asked for another promise he couldn't keep, and looked for bottles or receipts.

Alcohol and what it represents, in my mind, are still the third party in our marriage.

Our relationship is still strained. Alcohol and what it represents, in my mind, are still the third party in our marriage. The drinking and the drinker have stayed the same. Because the changes are not about him. They're about taking care of what I can take care of—my choices, my words, my relationship with God.

At the end of this life, I will not stand before God holding my husband's hand, judged corporately on our marriage. Nor will I stand next to him, pointing out to God all the faults in my husband that kept me from living my fullest life. My husband will stand there alone, accountable for his life and his choices. And I will stand there alone, accountable only for mine.

I cannot change my husband. I cannot even pray him into sobriety . . . trust me, I've tried. But I can let him live his own life and do my best to live mine, walking in step with Christ. And I can surrender all the mess and the chaos and the hurt, along with all the beauty and the depth and the miracles that have come along the way. And I can know for a fact, even now, in the middle of the pain, that there are a hope and a healing, and they answer to the name of Christ.

If my story resonates with you, know that you're not alone and there is help.

Visit this website to find a group near you: Al-Anon.

*not her real name