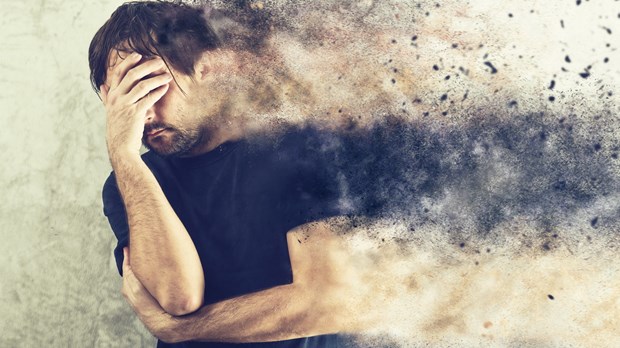 The heart of winning the worry war is believing the truth about God. Believing in spite of the evidence of the moment. Believing when circumstances look grim. Believing when there appears to be no answer to a problem. Believing when you need an answer and cry out, “I do believe, but help me overcome my unbelief!” (Mark 9:24). He will and does.

But worry-free living is much more than just positive thinking. Worry does not go away by simply thinking good thoughts! Beginning with our belief in the goodness of God, we then can start tackling the thoughts that create worry. A study published in Clinical Psychology & Psychotherapy concluded that 85 percent of the time our worst fears never actually materialize. Think about this for a moment: How much time and energy do we spend worrying about things that will most likely never happen? The more we dwell on those baseless worried thoughts, the more those thoughts feel real and repeat themselves over and over again in our mind.

How much time and energy do we spend worrying about things that will most likely never happen?

So what do you do? First, identify the worried thought. What are you thinking right before you feel worried? It’s most likely a negative evaluation of yourself or the situation. A thought like I can’t do this, or I’m inadequate, or I will fail, or People will make fun of me usually precedes worry. Other times experiences trigger the worry, such as seeing a car crash on the interstate, being late to work, watching the nightly news, or wondering what the biopsy will show.

When I treat people with anxiety problems, they often tell me that no thought precedes their feelings of anxiety. This is simply not true. They do have a thought but have yet to identify it. The key is to be more aware of what you think or feel before you worry. When you have a negative thought or experience, you need to pay attention to it.

To break the worry habit, as soon as you identify the worried thought, aim to answer it with a more reasonable or realistic thought. For example, if the worried thought is What if I don’t make it in time for work? you could answer it with a thought like I will deal with it, or My boss might get mad but I can explain what happened, or I can’t control traffic and I will have to take the consequences. In other words, counter the worried thought with the confidence that you can handle the uncertainty or problem of the moment. And even if you cannot, reassure yourself that the world will not fall apart. Answer the thought with assurance that you will tolerate and survive the situation.

In order to think of a more reasonable thought, begin by first taking the worried thought captive. Consider what Paul wrote in : “we take captive every thought to make it obedient to Christ” (NIV). Captivity implies not allowing a thing to have free will or a mind of its own. When something is taken captive, it loses the freedom to wander where it wishes.

A captive thought is under your control and you can bring that thought into obedience to Christ. How? Scripture teaches us that, through the Holy Spirit, “we have the mind of Christ” (). So check that thought according to the truth and the mind of Christ. Is the thought in line with God’s Word? Is it reasonable for the moment? Are you basing this thought on anything real or only on imagined things? Are you assuming the worst? Instead, replace worry with a new thought based on truth and grace.

In the spiritual world, the mind is a battlefield. It is the place the Enemy can taunt us with doubt, negativity, discouragement, and lies.

Our thinking matters. In the spiritual world, the mind is a battlefield. It is the place the Enemy can taunt us with doubt, negativity, discouragement, and lies. According to , the weapons we use to fight negative thoughts do not come from our own power. It’s only through the power of Christ in us that we can take thoughts captive and stop negativity in its tracks. Our weapons include the defensive armor of God that we put on daily (), the Word of God, prayer, and the power of the Holy Spirit in us.

We need the Holy Spirit in us to renew our mind. This transforming of the mind, which Paul speaks of in , is the key to becoming worry-free. As our mind is exposed to the truth of God, we are humbled by the work the Spirit does in us, changing us from the inside out. His truth rids us of lies associated with worry. His truth builds our faith and provides hope. It replaces lies and distortions with truth.

So back to the example, What if I don’t make it in time for work? This worried thought is in my mind, but I take it captive by telling it not to wander in worried waters. I control where it goes and bring it to Christ. Practically speaking, I take a thought that is born of wounding, lies, or trauma and make it more reasonable.

In order to curb worry, you can also answer a negative thought or experience by becoming a problem-solver. Problem-solving doesn’t mean trying to anticipate all the problems that could arise from a situation. Instead, healthy problem-solving focuses on the moment, takes a concern, and moves it to action.

Consider Randy who received a phone call from his ex-wife. She informed him that she was suing him for more child support. The phone call triggered worry in Randy. He already felt stretched beyond what he could afford. How would he be able to pay more? For Randy, conversations with his ex-wife almost always ended in worry.

In order to accept what is and push for change, we must balance emotions with reason.

Randy had a choice. He could worry about a lawsuit, obsess over his lack of money, and dwell on his anger at his ex-wife. Or he could listen to what his ex was saying and problem-solve. He asked his ex-wife why she wanted an increase in child support. She didn’t answer the question but yelled and told him she and the kids deserved more. He tried to redirect the conversation back to the specific request. The ex-wife still did not answer and belittled him and called him names. Randy then told her he would hang up the phone if she could not have a reasonable conversation regarding her request. The ex-wife ignored him and continued to berate him. Randy ended the conversation since it was going nowhere. He then called his lawyer and told him to prepare for a lawsuit. The lawyer assured him that he would get on it immediately and that he saw no cause for an increase in child support.

Randy took a concern that presented itself and, rather than become paralyzed by worry, he engaged in problem-solving. First, he tried to talk about the request. Then he called his lawyer for legal help since the issue was a legal one. His choice was to not engage in worry, but to act on what he could. His action did not stop his ex-wife from being rude nor did it prevent more costs in legal fees, but it did stop him from worrying about what might happen in the future.

What about times when there seems to be no solution? Take for example Sarah’s daughter, Ali, who has a severe peanut allergy. Ali’s school has instituted an allergy protocol to follow in case she is exposed to peanuts. At the beginning of the school year, the staff used problem-solving to anticipate allergic reactions. But there’s still an element of potential worry; what Sarah cannot control is exposure from children who do not conform to the school’s peanut ban.

Sarah could potentially become a nervous wreck and worry every day that her daughter might be exposed to peanuts. Sarah has done everything possible to control Ali’s environment. Every day that Ali leaves the safety of her home and goes to school is an opportunity for her mom to worry. Sarah could choose to think about all the possible ways Ali could be exposed to peanuts that day. But instead she chooses not to go down the worry path.

Each day, Sarah tells herself, I have done everything I can to protect my child in an open environment. Now I must trust that she will be okay. Yes, something could happen, but my worrying about it will not change what could be. Sarah is grabbing those what-if thoughts, getting them under control, and accepting the reality of the situation.

In order to accept what is and push for change, we must balance emotions with reason. We must let go of the idea that we can control every bad thing and accept things as they are. At the same time, we can use problem-solving to change what we can. We can take negative thoughts captive and renew them with truth. Accept what is, and intervene when you can. This delicate balance of acceptance and change is what keeps worried thoughts from running our lives.

This article was excerpted from Letting Go of Worry. © 2011 by Linda Mintle. Used by permission of Harvest House Publishers.

Dr. Linda Mintle is a marriage and family therapist, clinical social worker, professor, author, and national speaker who resides in Virginia. Follow Dr. Mintle on Twitter at @drlindahelps or on her website DrLindaMintle.com.