Distinguishing between needs and wants—and why it's important to our souls.
Margot Starbuck 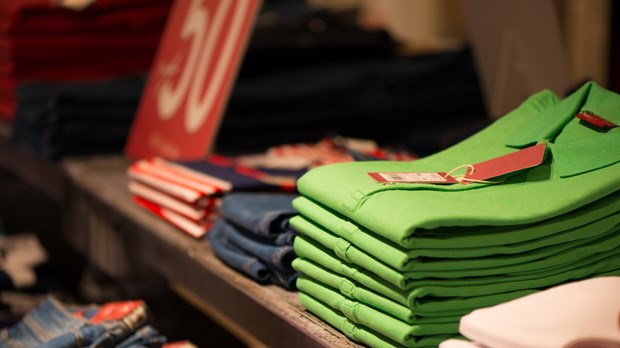 A few years ago I received an e-mail from an old friend. Sarah explained that she'd recently decided to purge her home of unwanted clothing and other items.

"It's shameful," she confessed. "Talk about stuff! I kept thinking about Jesus' caution about not storing up treasures on earth. I made a personal commitment not to purchase any more clothing for myself for one year. So far it feels good … and freeing."

I was intrigued. Though I'd always known Sarah to be a person of integrity, the random act of discipleship had surprised me. After all, Sarah wasn't some communal-living Jesus-hippy. She wasn't one of those ring-nosed, lock-headed radicals. Rather, my friend was a minivan-driving mom, with grown children, living out what she thought was right.

Truth be told, Sarah was living the way I wanted to be living. Before her e-mail had landed in my inbox, something in my gut—some would call wantedconscience—had already begun to tug. For months I'd been bothered by the obvious fact that, although I had all the clothes I needed, certainly more than I could cram into my drawers, I still kept buying more. And although I'd even had a sense that I was being called to embrace this kind of 21st century "fast," refraining for a period from buying new clothes, I hadn't yet gathered the resolve to begin.

Sensing that Sarah's weird spiritual discipline might have my name on it, I cautiously entertained the possibility of joining her.

As far as spiritual practices go, I reasoned, it shouldn't be that hard. Because technically, it's doing nothing. After thinking about it for a day, I decided I could probably do nothing. So I replied to Sarah's e-mail.

"I'm kind of nervous to say this. Okay, really nervous. I want to do this year with you. Can we be Clothing Buddies?"

then I quickly tapped send before I could change my mind.

What Sarah and I quickly discovered was that though our wills were committed to the clothing fast, it would take a few weeks for our hearts and minds to catch up. Thinking back, I consider those difficult days of withdrawal as consumer detox. Spiritually speaking, they were sin detox! For instance, Sarah reported that while grocery shopping she'd been seized with the odd overwhelming urge to buy colored tights. Since I'd recently coveted grocery store clothing myself, I completely understood. Sarah and I were able to support each other by e-mail. When she had a wedding to attend, she ran her clothing options past me for my thumbs-up approval. When I was tempted to buy a totally cool t-shirt, I e-mailed Sarah to report how stinky it was I didn't get to.

Putting sin to death was more unwieldy than I'd expected. In fact my brain started to concoct unlikely scenarios in which I'd simply have to buy new clothes. After all, what if someone died? It would be disrespectful, I reasoned, to wear just any old thing from my closet to a funeral (or substitute wedding, baptism, Ground Hog's Day celebration).

Another one of my favorite excuses was predicated on the stewardship of my chronically injured feet. Were I to accidentally come across some fantastic shoes, potentially therapeutic shoes, it might actually border on irresponsible not to buy them. I thought a deep lavender might be nice. Clearly, I could get creative with these excuses.

To top it off, preexisting fashion issues—with which I'd never before had a problem—began to feel entirely unmanageable. For example, I suddenly could not deal with the fact that my "granny panties" rode up my back a good four inches higher than my lone pair of plain blue jeans, the way they'd always done. Realizing there was nothing I could do about it, I eventually decided that the cost of discipleship, for me, included sporting unsightly undergarments.

Somehow, with Sarah's encouragement, I managed to press on. Thankfully, after a few months the rollercoaster ride of weird fantasies, bargaining, and angst finally gave way to acceptance.

Once I'd adjusted to the new way of living it actually did feel freeing, as Sarah had promised. I began to feel a joyful liberation as I passed by the stores where I used to shop. Specifically, I noticed that I was no longer driven by the desperate worry, What if they've got something fantastic in there right now, possibly lime green with cute white polka dots, that I don't even know about? I began to see how I'd acted like the proverbial Pavlovian dog, salivating and responding on cue, at the signal of each Target, Marshalls, and TJMaxx logo.

Free, Sarah and I learned to distinguish between needs and wants. Though there were plenty of clothes we still wanted, we were both surprised by how few we actually needed. In the absence of the frantic hunt to find the shirt, or sweater, or shoes that I really needed, I began to become aware of how blessed I already was. Sarah was three months into our experiment when she reached her icy cold hands into her coat pockets to discover she'd lost a glove. It was her first real need. Three months! It seems hard to believe that a year ago I'd actually thought that the pricey striped socks I'd found online, matching several of my favorite outfits, qualified as a genuine need.

The clothing experiment has even impacted our other consumption habits. While wrestling a shopping cart free in the grocery store foyer one day, a bright neon poster caught my eye. The sign featured this critical alert, "All Your Halloween Needs on Aisle 12!" There was a day when I might have made a beeline to aisle 12. Now, smiling to myself, I wondered what the big need could possibly be. Fake cob webs? Gummy eyeballs? Honestly, keeping myself from doctoring the misleading sign, with the black Sharpie I kept in my purse, took more self-control than avoiding the holiday necessities.

A Lie; the Truth

As our eyes were opened, it became evident that we'd been buying more than clothes. We'd bought a lie. The promise of satisfaction with our next purchase no longer rang true. Ads featuring the season's "must have" styles lost their appeal. Even the altitude of my panty line seemed increasingly irrelevant. Our old anxieties were slowly replaced by the dawning realization that a gracious Provider had already met all our needs.

I think this is what Jesus meant when he tried to convince his friends that his Father was dependable. If God clothed the flowers so beautifully, Jesus had argued, can't you trust that he'll clothe you too? He could have been speaking directly to me. "What I'm trying to do here," says Jesus, "is get you to relax, not be so preoccupied with getting so you can respond to God's giving …. You'll find all your everyday human concerns will be met. Don't be afraid of missing out" (Luke 12:29-32, The message). No longer afraid of missing out, I'm happy to report that Sarah and I have indeed experienced Jesus' assurance to be entirely true.

These days, as I drive past my favorite stores, I breathe a prayer of gratitude to Jesus' Father, and mine, that my needs have been met. I even tack on a request that the clothes inside those stores would end up on the bodies of God's children who might actually need them. For some reason, that whole notion doesn't seem to be as radical anymore, as I once thought it might be.

Margot Starbuck is a writer and speaker who resides in North Carolina with her family. She is the author of Small Things with Great Love and Permission Granted. www.margotstarbuck.com.