Techniques for training them to do it themselves
Tammy Darling 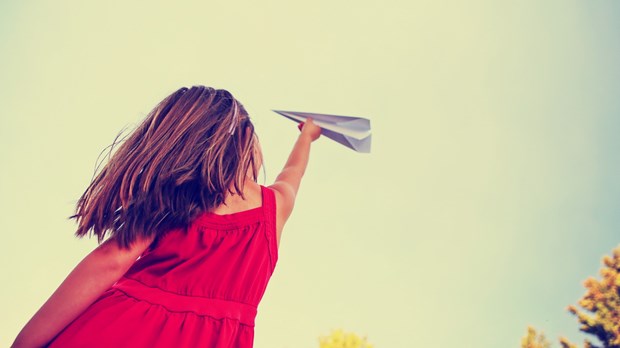 Two teenagers, one scenario, two very different responses. The difference is one word: initiative. Training our children to be proactive and take initiative can make all the difference in their lives.

We generally think of initiative as recognizing and doing what needs to be done before being asked. And that's true. But initiative is so much more.

Initiative believes in the possibilities of opportunity; it sees opportunity where others see barriers. Initiative taps God-given inner creativity to tackle persistent problems without giving up. Initiative goes the extra mile.

Initiative has nothing to do with skills or education. It's a positive spirit, an awareness, a proactive mindset.

Kids with initiative will take their talents and multiply them, increasing their involvement in life. Such children take action without being asked to and readily capitalize on opportunities that others pass by.

Mastering schoolwork is largely due to initiative. As the years increase, so do the homework and responsibilities—and the need for self-motivation and self-discipline.

Initiative is crucial for succeeding in school. Students who start projects when they're assigned and work diligently are bound to do better than those who procrastinate and wait until the last minute to start working.

Initiative is a trait that will serve our kids well all their lives. In the working world, initiative is often what separates those who get raises and promotions from those who don't. And what our children learn now regarding initiative will likely determine what they pass on to their own kids.

It seems fairly common for firstborn children to lack initiative—unless they're deliberately taught the skills necessary to take initiative early on. Parents tend to do just about everything for their firstborn, but by the second or third child, life is busier than ever and these children must, by default, do more things for themselves. The oldest child may have always come home from school expecting a snack to be ready while subsequent siblings will come home and get their own snack without a second thought.

With my firstborn, I was the ultimate helicopter parent. Where my daughter went, I followed. I did practically everything for her, for fear she'd get hurt or overly frustrated. Today I have a 16-year-old who takes very little initiative.

As a result, I have the difficult task of teaching my teenager about the importance of taking initiative. And even though it's not a "skill," I can show her what initiative looks like. While it would have been easier when she was younger, I am encouraged nevertheless. She is making slow but steady progress.

Lack of initiative is characterized by the following:

Laziness
Leaving unfinished projects and unnecessary clutter
Assuming someone else will do it
Allowing busyness to interfere with responsibility
Waiting for a perfect time, which never comes

The importance of teaching our children to take initiative cannot be overstated. And thankfully, there are many ways we can train our kids in this area. Here's how:

Allow your kids to make some decisions. Even a two-year-old can choose between the red shirt and the blue shirt, between a grilled cheese sandwich and a ham sandwich. As they get older, allow them to make more important decisions like choosing extra-curricular activities or deciding whether they need a math tutor. It's temping to make these kinds of decisions for them, but kids really do need to learn from their own mistakes and stand on their own two feet. A child of eight who's not allowed to make some independent decisions will become an adult of 28 who's unable to make independent decisions.

Encourage your children to do things on their own. Yes, it's quicker and less frustrating to do things for your kids—tying their shoes, loading their backpacks, folding their laundry—but doing so does them a great disservice. Learning to do these things on their own and consistently trying new things is a real confidence builder. Anytime your kids want to take responsibility for a task (one that's reasonably safe!), be sure to let them. While it may not be done as well or as quickly as you'd like, praise their initiative and know that they'll get better with each effort, mistake, and success.

Teach critical-thinking skills. When your kids come to you with questions, don't automatically give them answers. Use the questions to improve their thinking skills, a crucial element of initiative. I like to turn questions back around to my kids by saying something like "What do you think you should do?" or "What might happen if you choose Y? What could happen if you choose Z instead?" These questions can help unlock the answer for kids so they learn to make wise choices on their own.

Create an accepting environment. Many kids don't take initiative because they are afraid—of failing, of being laughed at, of getting in trouble. But most kids are naturally curious and want to do things. We need to encourage that. Give your kids permission to fail. To try the impossible. To set goals and pursue them. Let them know they are unconditionally loved and accepted by God and by you—no matter how the world responds. Be your child's biggest cheerleader.

Make time for creativity. Creative expression is essential for initiative to blossom. If the vast majority of their time is spent in organized, institutionalized, parent- or teacher-directed activities, it's no wonder if kids have little or no initiative. Encourage them to orchestrate unstructured activities on their own and allow them plenty of time to explore.

Teach responsibility. My oldest daughter never learned to be responsible because I dealt with everything for her. Now when my 6-year-old daughter spills milk, I ask her to bring a kitchen towel so she can help clean it up. When my 8-year-old finishes her meal, she knows to take her empty plate to the sink. When my 12-year-old's laundry is washed, she folds it herself and puts it away. These same things I teach to my oldest because they weren't already ingrained in her throughout her early years. Daily acts of responsibility become habits, habits that lead to initiative. Yes, it really is possible that one day your child will come home from school and hang up his coat up instead of dropping it on the floor.

Set a good example. We can model initiative by letting our kids see it in action. Say out loud, "This screw is coming loose, so I'm going to get a screwdriver and tighten it" or "The light bulb went out. I'll get another one and change it." Let your kids see you pick up a piece of trash in a parking lot and throw it away or change an empty roll of paper towels at church. Kids model what they see more than what they hear.

As I am learning with my four children, improving initiative can take time. Change doesn't happen overnight, but with consistency and intentionality it does happen.