Stepping out in faith and mentoring young people is easier and more rewarding than it seems
Anna C. Gheen 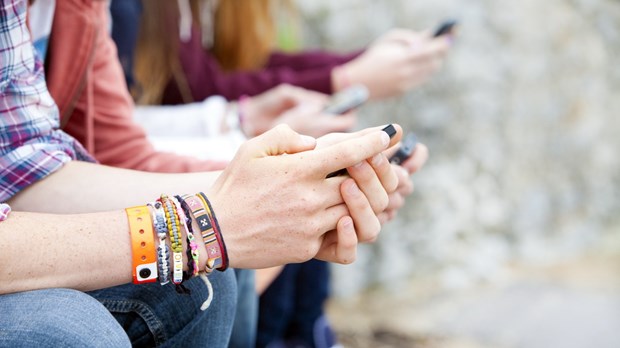 I was single. And it looked like the condition might be a permanent one. Most of my friends had married in their early 20s. Within a few years, each had a handful of children and were blissfully ensconced within the daily routine of family life. Without even a boyfriend, it seemed that my chances of ever sharing in their joy would be limited, at best. Yet it was during this time that I discovered a unique and often overlooked ministry: that of mentoring other people's children.

I admit that my first impulse was to run a mile from anything that might even vaguely be considered "mentoring." As a teenager, I had encountered more than a few adults interested in guiding me through life as I drank from the well of their vast experience. Most of them had overestimated their own knowledge and abilities and, more than once, I found myself struggling in relationships where the supposed mentor seemed to approach me more as a project than as a friend. I couldn't help sensing that these relationships had more to do with fulfilling the mentor's desire to be useful than with actually meeting my needs as a growing believer.

These experiences left a sour taste in my mouth, so while I was happy to take on the role of a youth worker, I hung back from pursuing the type of responsibility that true mentorship implied. Instead, I entered the ministry with an air of caution: determined to simply "be myself" and let God guide. I told stories, participated in the games, shared about my passions, and took time to inquire about theirs. While some of the dialogue was spiritual (it had to be, since I was teaching the lessons), a fair bit of it was just friendly conversation—people getting to know each other as they shared their hopes and dreams over fruit punch and a bag of potato chips.

Much to my surprise, it wasn't long before these casual relationships began to morph into something more. After a few weeks of regular activities, several of the youth in the group began approaching me with serious problems. The wisdom of Solomon have never been my gift, I settled into a routine that involved more listening than talking and, when I did speak, it was usually to share about similar trials in my own life.

Despite the obvious differences between the world in which I grew up and the one in which they found themselves, it was clear that our emotions and struggles were really quite similar. And, while they didn't yet know the end of their story, I already knew the end of mine. The more I shared about God's direction in my own life, the more my young friends seemed to hope they might experience similar guidance in their own.

It wasn't long after this that I found one of the parents waiting for me after group. "I've been trying to have a discussion with my daughter about the friends she keeps. She doesn't listen to me, but she seems to listen to you. Will you talk with her?" Mother and daughter were on the same track and it wasn't long before the daughter and I were sitting down for a heart-to-heart. The best part? It wasn't just the daughter who trusted me … her Mom did as well.

What started as after-group discussions soon became one-on-one meetings as we walked the river or met for coffee. Not every discussion was a serious one, and we quickly developed a deep friendship based on common interests and undergirded with a strong trend towards deep spiritual discussion. Over the years, the number of teens I mentored grew, and I experienced a joy I had never anticipated: that of having children who were almost like my own.

Looking back, the one thing I notice most is that these wonderful relationships would never have developed if not for the reality that I was single. Without pressing commitments on my time, there were plenty of opportunities to attend sporting events or take a trip to the museum. There were long talks as we painted our nails and even a few midnight crisis calls. I was there when they needed me and it made all the difference in the world.

Many of these relationships continued long after the teens had moved on and today, despite their pressing college loads, I still hear from many of "my kids" on a regular basis. Epic letters tell about all they are learning, share their current struggles, and give accounts of their broadening spiritual journeys. I still get asked for advice and, when they're home, we still meet up for coffee and a bike ride. "You're not my mom," one of them once told me, "but I don't think we could be much closer even if you were."

I don't think we could be, either.

Anna C. Gheen is a freelance writer and the author of Retail Ready: 90 Devotions for Teens in the Workforce. She has worked with youth for more than a decade and counts her teens among her closest friends. In her spare time, she enjoys bicycling and performing "horticultural experiments" in her backyard.