Tips for talking through these transitional years
Tammy Darling 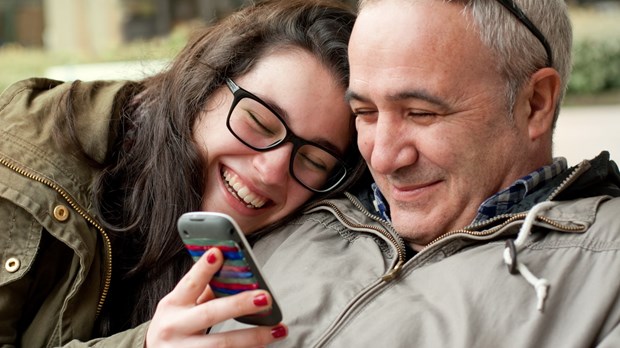 "My teenager won't talk to me! Every response is 'I dunno,' 'whatever,' or some sort of unintelligible grunt. Help!"

If this is the way you feel, don't despair—help is on the way.

As parents, we desire deeper relationships with our teenagers, but we often don't know how to go about fostering those relationships. Learning good communication skills and recognizing moments when a teenager is open to communicating can lead to meaningful discussions that go beyond the typical one- or two-word responses.

Here are a few ways to foster improved communication with your adolescent son or daughter:

1. Good communication begins with listening—true listening. Don't just listen to your teenager's words; listen to the disguised messages and underlying worries or emotions. Don't assume that you know what's up with your teenager and then offer advice based on your presumptions. A dozen things could cause a teenager's sudden moodiness, so take your time.

2. Focus on your teenager. As I was busy getting supper ready one evening, my daughter approached me with a concern. At least I think it was a concern; I wasn't really listening. And my daughter called me on it. While I couldn't drop everything I was doing lest the meal burn, I now know that I can make a better effort to focus when I am truly busy and to stop completely when it's something that can wait.

Yes, you're busy. And moms especially tend to operate in constant multitask mode, but when you're communicating with your teenager, make every effort to give him or her your full attention. Stopping what you're doing communicates that you sincerely care and want to really hear what is being said.

Of course, there are exceptions. For example, difficult topics are sometimes easier for teenagers to talk about if they don't feel your eyes upon them. In this case, a car ride may help them open up because you won't have a face-to-face encounter. If you sense your teenager is struggling to open up, ask if he or she would like to take a ride with you.

3. Ask thoughtful questions. Teenagers don't always want us to give them advice; sometimes they just want to vent as a way to process what they're going through. Thoughtful questions will help them process, but remember that not every question has to be answered immediately, or at all.

A question like "I wonder what would happen if…" will help teenagers ponder and enable them to think on their own. These questions themselves can lead to the right answers, without preaching.

4. Show genuine interest. Make a consistent effort to be involved in your teenager's life. Ask about your daughter's jewelry making. Let your son know you're interested in his passion for cars because it's what he's interested in. Teenagers are often reluctant to share openly with their parents because they feel their parents don't truly care about the things they care about. Demonstrate by words and actions that you genuinely are interested in your teenager's life.

My daughter is very creative and loves to make crafts, jewelry, and amazingly, something out of nothing. She's talented; I'm not. But I know how important it is to her, so occasionally I give in to her "Make something with me" request.

5. Watch for open windows. Sadly, many parents miss clear signs that indicate their teenagers want to talk. An open window may come in the form of a question like "Do you think I'm pretty?" or a casual statement like "I don't think anyone on the basketball team likes me."

If your teenager demonstrates such openness, seize the moment. Don't just say, "Of course they like you." Ask, "What makes you say that?" And make comments like "Tell me more about it." These moments can occur at any time, so learn to recognize them and do whatever it takes to follow through.

6. Pay attention to verbal and nonverbal messages. Is your tone one you would use with a friend? Keep it casual and conversational. If you're angry say, "I want to talk about this, but I need to calm down first. We'll talk later." Beware of sarcasm, heavy sighs, and talking too much. "A truly wise person uses few words; a person with understanding is even-tempered" (Proverbs 17:27).

If your teenager is sitting, don't stand over him or her—get down to the same level. Avoid crossing your arms, which is often viewed as being defensive. And beware of the scowl, the raised eyebrows, the rolled eyes, and the smirk. Teenagers don't like them any more than we do.

7. Be empathetic. Keep in mind that teenagers are sensitive, emotionally vulnerable, and easily hurt—no matter what their tough exteriors may say. Try to identity with what your teenager is feeling, even if you don't completely understand why. You don't have to agree with your teenager's feelings; just acknowledge the feelings.

Recognize your teenager's viewpoint by saying something like "That sounds like a tough problem." It's okay to ask if they want advice, but be prepared to take no for an answer. Sometimes my kids do want advice, other times they just want to vent—it helps them process their emotions and sort everything out. At times the answer will become clear to them without me leading them to it—but only after they have verbalized the problem.

8. Maintain a positive outlook. Instead of pointing out what's wrong with your teenager's words or behavior, try focusing largely on what is right. Deliberately look for the good. Speak with encouraging words, acknowledging what has been done so far rather than pointing out what hasn't. "Timely advice is lovely, like golden apples in a silver basket" (Proverbs 25:11).

Talk regularly and casually about a wide range of subjects—sports, music, hobbies, favorite books and movies, and so on. Have fun together and keep the stress and conflict levels low around the house. Interactions should be positive and enjoyable and help you get to know each other better.

9. Respect your teenager. We often demand that our teenagers show us respect, but are we doing the same for them? Demonstrating respect should affect the way you speak to your teenager, the way you discipline, the way you dispense mercy and grace, and the way you respond when you are disappointed or upset with your teenager. "Fathers, do not aggravate your children, or they will become discouraged" (Colossians 3:21). This may be directed to fathers, but as a mom I know it's something I must be careful of as well.

Avoid making lighthearted jokes when your teenager is talking about something serious. Realize that teenagers communicate differently than you do but that doesn't make their communication—or them—wrong. Accept the fact that some issues may not be completely resolved; know when it's time to let go and move on.

As you begin practicing these communication skills, you will find that you have less arguing and more understanding. Over time your relationship will become stronger. Be patient. Good communication with your teenager won't happen overnight, but with consistent effort it will happen.