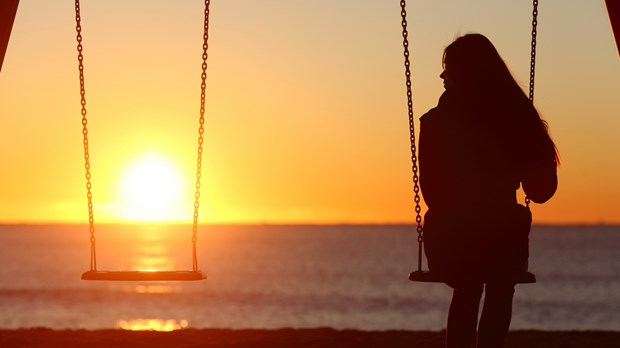 The day began with a routine visit to my doctor's office to confirm a positive home pregnancy test. The day ended with the news that, at nine weeks gestation, I was in the process of having a miscarriage. And so began my (and my husband's) journey of grief—and growth—through miscarriage.

We spent much of the subsequent days in shock; we couldn't believe I'd had a miscarriage after wanting another baby to join our family of three. Miscarriage is something I thought happened to other couples; I never thought it would happen to us. Reeling from the news, I avoided God for the most part and stumbled through my days in a fog.

Several months later I found myself pregnant again. Six weeks into the pregnancy I suffered another miscarriage. Two miscarriages in five months produced more grief than I could bear. This time I went to God in anger. A succession of Job-inspired questions came to mind—Why did you let this happen? You could have prevented it, why didn't you? Where are you, God? Answer me!

Still reeling from the first miscarriage five months prior, the second one nearly sent me over the edge. I lashed out not only at God but at my husband too, for his (seeming) lack of compassion. That's when I found out he was so engulfed in his own grief that he didn't know how to help me.

Grief often begins with the sudden awakening that something is gone, but it doesn't end there. The experience continues to unfold, the implications slowly accumulate, and as the days and weeks go by, the questions can pile up faster than the answers.

The 1828 Webster dictionary defines sorrow as "The uneasiness or pain of mind, which is produced by the loss of any good, real or supposed, or by disappointment in the expectation of good." Interestingly, the word sorrow comes from the root sore, meaning "heavy." Truly this is so, for I felt the weight of the world on my shoulders. It was often a struggle just to get through the day.

While neither my husband nor I ever saw our miscarried children, I alone carried them. As a result, our grief was very different. And at first, we didn't know how to help one another. I have since learned that a husband and wife deal with a miscarriage very differently.

After my second miscarriage, we realized we had a choice. We could emerge from it bitter or better. Because of the miscarriages we have learned that there is such a thing as "good" grief when we allow it to draw us closer to God. In time, grief will give way to hope, and although life will never be the same, it still can be great.

As Thomas Moore wrote, "Earth has no sorrow that heaven cannot heal." In the light of eternity, sorrow lasts but a moment. "He will wipe every tear from their eyes, and there will be no more death or sorrow or crying or pain. All these things are gone forever" (Revelation 21:4). No matter the length or intensity of our sorrow, we must not lose hope, for hope is an anchor for the soul (see Hebrews 6:19).

Two years after my second miscarriage I had another daughter—followed by a third miscarriage. After suffering three miscarriages in less than five years, I felt at one with the Psalmist who penned, "My sorrow is continually before me" (, NASB). Even now, with four healthy, beautiful girls, the pain and sorrow of losing three other children sometimes lingers even in times of joy and laughter.

The miscarriages were stark reminders that I'm not in control. After giving voice to my deepest hurt, pain, and anger, I began to find healing. My husband, on the other hand, internalized his pain and sorrow. What I thought was a lack of sympathy on his part was merely his own unique way of dealing with grief. I had thought that because I had carried the children and he didn't even see the early signs of my pregnancies in the form of a bulging mid-section, the miscarriages didn't affect him. I couldn't have been more wrong.

While it's easy to place "degrees" upon one another's sorrow, we should refrain from doing so. We may feel some have more of a "reason" for sorrow than others do, but God is no respecter of persons—he feels our sorrow all the same. My sorrow is not greater than my husband's because I carried the children in my womb for a time. And just because I've suffered from three miscarriages does not mean that my sorrow is greater or that I have a greater reason for sorrow than someone who has suffered a solitary miscarriage. On the other hand, I have faced the opposite view as well—that I shouldn't feel sorrow at all because I have four other children.

The grief that accompanies a miscarriage has no instruction manual; there is no one right or wrong way to handle it, no three-step process for dealing with it. There are, however, some basic principles that will help husband and wife to deal with the grief both are experiencing.

• Allow your spouse to comfort you. He or she may not know just what you need, so verbalize it. Perhaps you need a hug, a shoulder to cry on, or a weekend getaway—be specific. Truly consider what you're in need of and share that with your spouse. Turns out, my husband needed to be held but didn't feel right in asking that of me since I was the one who had physically experienced the miscarriage.

• Pray together. During times of intense grief, we're often at a loss for words, but God knows our hearts just the same. We can simply go before him in silence, allowing our hearts and tears to speak the words we cannot say. We can also pray for our spouse, which is usually easier—I definitely found it easier to pray for my husband than for myself.

• Maintain some spiritual discipline. While grieving, we found it hard to concentrate on Scripture. However, we both knew it was important to stay connected to God. My husband listened to a lot of Christian music. I found it much easier to just rest in God's presence and silently sing songs of praise to him, knowing my feelings would eventually catch up.

• Give voice to your pain and sorrow. You might surprise yourself by the intensity of your emotions, but you won't say anything that will shock God. He's already aware of the depths of your pain. I threw some pretty strong David-like rants at God, and I believe my honesty was the beginning of my healing. Only when I could be honest with God and with myself could I share the depths of my pain with my spouse.

• Allow God to use the experience for his glory. This was a big step in our healing. After my angry outburst following my second miscarriage—even in the midst of my grief—I determinedly asked God to use it for his glory and to do in me whatever it was that he wanted to do. My husband and I talked about how God would one day use our experience to minister to others—and he has, through one-on-one conversations with others who have experienced miscarriage as well as through my writing.

We have been encouraged by , which states, "Sorrow is better than laughter, for sadness has a refining influence on us" (Living Bible). Through our sorrow we've noticed how we have changed—post-miscarriage we are both more compassionate and certainly more aware of the sorrow of others.

While we responded to each miscarriage differently, we saw a distinct pattern of growth through each one. In fact, once we allowed God to comfort us, we experienced one of the greatest spiritual growth spurts of our Christian lives as well as increased intimacy in our marriage. We have learned that it is possible not only to survive a miscarriage, but also to grow through it.