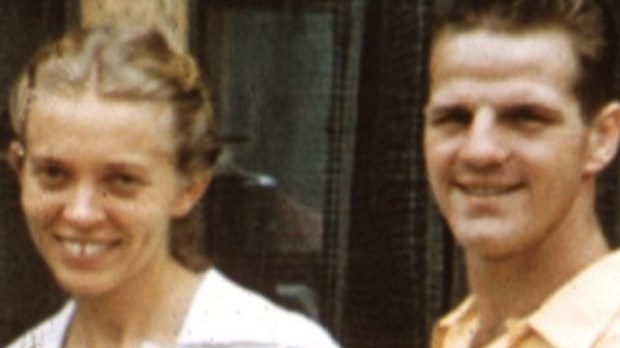 Elisabeth Elliot went home to be with her Savior Sunday, June 14, 2015. You can read CT's obituary on her life here. After her first husband was killed by the Auca Indians in 1956, Elisabeth famously went back to live among the Aucas in order to share the love of Christ. Join TCW in remembering and honoring this compelling woman of faith. —TCW Editors

Elisabeth Elliot never set out to be a radio personality. She set out to do the will of God—something we don't hear much about these days. We hear about being missional, relational, and relevant—all significant ingredients in fighting today's culture wars. However, Elisabeth believed in asking this foundational question: Is this God's will for me, right now, in this place? Even after tragically losing her husband, Jim Elliot, in a beachfront skirmish during a missionary outreach effort to the previously unreached Aucan people of Ecuador, she trusted God's faithfulness unfailingly over the years, and has used her story to minister to thousands—including me.

While a junior in college, I devoured Let Me Be a Woman, and then wrote her a letter to thank her for the book and to tell her I could not get enough of it. Within a week, she responded to me personally, and we continued our exchange for nine years when I became the announcer and producer for her radio program, Gateway to Joy.

Unapologetically, Elisabeth espoused such truths as: give to get, lose to find, and die to live. Setting her sights "on things above" (Colossians 3:1), Elisabeth ministered among three indigenous groups in Ecuador before helping listeners and readers find joy in the ordinary affairs of life—like cooking meals and cleaning toilets—on her globally syndicated radio program. She called it living sacramentally, and her rock-solid principles shaped my life.

Marriage and Ministry in the Ecuadorian Jungle

Because her parents often opened up their home to guests, Elisabeth met missionaries and preachers from all over the world. Their lives and stories acquainted Elisabeth's heart with the idea of wanting God's will for her life.

As a student at Wheaton College, Elisabeth found herself falling in love with Jim Elliot, the life of the party and the soul of many prayer meetings held on campus. Jim was frequently credited with saying, "Wherever you are, be all there; live to the hilt every situation you believe to be the will of God." This is how he lived, and how he died.

After declaring his love for Elisabeth, Jim believed God was calling him to go to the international mission field in Ecuador as a bachelor. Though they were divided by the Andes Mountains for five years, Elisabeth accepted Jim's marriage proposal and the condition attached to it: to learn the Ecuadorian Quichua language before they got married.

In 1953, Jim and Elisabeth tied the knot before a judge in Quito, Ecuador. After a honeymoon to Panama, the couple returned to Ecuador and set up their tent among the Quichuas in the town of Puyopungo until Jim could get a house built for them. Having lived separately in the jungle, both Jim and Elisabeth knew just how demanding this life could be. It consumed all one's strength, time, and resources to keep the dense jungle, and the diseases it harbored, at bay.

The End of the Spear

While diligently serving the Quichua Indians, Jim was drawn to the challenge of reaching a savage group of Indians among whom no white man had ever set foot and lived, known then as the Aucas (and now as the Waoirani). Realizing he could never accomplish this monumental task alone, Jim surrounded himself with four men who shared his vision: Nate Saint (a pilot with Missionary Aviation Fellowship), Roger Youderian (a missionary with Gospel Missionary Union—now called Avant—to the Shuar Indians), Ed McCully (a former classmate of Jim's at Wheaton), and Pete Flemming (another Plymouth Brethren missionary serving alongside Jim).

For months they poured over maps of the Ecuadorian jungle. They also researched a similar attempt to reach a savage tribe in Bolivia in 1943, which ended tragically for all five New Tribes missionaries. This dream was not pursued on a whim; it was carried out in direct response to what the men believed to be the will of God for them in that place at that time.

When all of their meticulously engineered efforts ended in all five men's deaths along the Curaray River in January of 1956, this was not the end of the story. It was merely the beginning. Out of their deaths came everlasting life for the Waorani people, through Elisabeth's willingness to take her three-year-old daughter, Valerie, with her to live among the very people who had speared her husband to death.

The Freedom of Forgiveness

For five years, Elisabeth and Valerie (along with Nate Saint's sister, Rachel) slept in hammocks, cooked over open fires, read by candle and lantern light, bathed in the river, and dissected the Auca language. Their goal was to present the Aucas with their own Bible. Valerie mastered the language quickly, while Elisabeth and Rachel struggled to pronounce words where the tongue must be held flat against the bottom of the mouth! Then they had to assign a symbol to each new sound, and eventually produced an alphabet from which words could be formed.

During this process, it became clear to Elisabeth and Rachel that their ideas on how to go about this ambitious task varied enough to produce continual strain on their combined effort. Not wanting to hinder their original goal, Elisabeth chose to return to life among the Quichua for several years before relocating to the United States. They settled first in Franconia, New Hampshire, where Elisabeth's writing career continued to grow. Having already published Through Gates of Splendor (the story of the five men's lives and collective death), Shadow of the Almighty (the Life and Testament of Jim Elliot), and The Savage, My Kinsmen (about life among the Aucas), Elisabeth was immediately in demand as a speaker.

An International Ministry Is Born

In 1988, Back to the Bible Broadcast in Lincoln, Nebraska, invited Elisabeth to speak on a new 15-minute radio program aimed at women. When the contract had been signed, Elisabeth recorded her first 16 programs for Gateway to Joy in one day. Each 12-minute talk began with, "You are loved with an everlasting love. That's what the Bible says—and underneath are the Everlasting Arms. This is your friend, Elisabeth Elliot, speaking to you today about..."

During the 13-year run of Gateway to Joy, letters and phone calls flooded the mail room and counseling center at Back to the Bible.

"It's as though you're sitting right across the table from me, Elisabeth . . ."

"Today's program was exactly what I need to hear as I struggle with accepting my gay son who has just come out of the closet . . ."

"The advice you gave me to love and support my daughter, who just got pregnant out of wedlock, was precisely what I needed to hear. You see, I did the same thing to my parents, and I never again felt loved and accepted by them. With my daughter, things will be different thanks to your godly advice saturated with Scripture . . ."

Just as each story was different, each story was also the same. As Elisabeth so often reminded her listeners: Every situation—no matter how dark and distressing—if given to Jesus, can become your gateway to joy. It was true then and is still true today. What matters to you matters infinitely more to him. 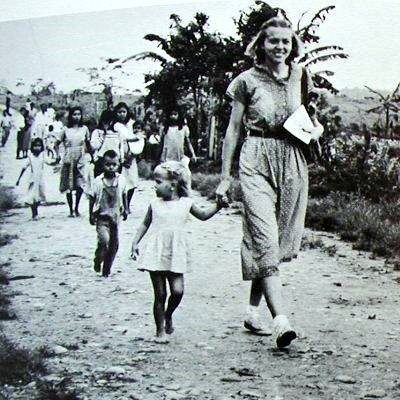