Mother Teresa was a Roman Catholic religious sister who was known for her life-long vow of helping the poor. She was born to Roman Catholic parents in Skopje, Macedonia, and was the youngest sibling in her Albanian family. 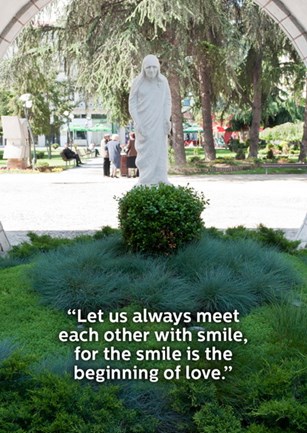 When Teresa (originally born with an Albanian name similar to the English name Agnes, meaning "Rosebud" or "little flower") was eight years old, her father passed away from unknown reasons. She became close with her mother who often taught her to "never eat a single mouthful unless you are sharing it with others." Her mother was the first influence in Teresa's life to show her the importance of ministering to the poor. At the age of 12, Teresa felt a religious calling. At 18 she decided to leave home and become a missionary, so she joined the Sisters of Loreto in Dublin, Ireland, a community of nuns who focus on missions in India. This was where she received her name of Sister Mary Teresa.

After training for a few months in Dublin, Teresa moved to India to help teach school children. After her first profession of vows as a nun, she was sent to Calcutta where she served at an all-girls school as a teacher. Her missionary work was to help alleviate poverty through education.

Mother Teresa continued to teach for many years after that until she felt her second calling as an aid to the "hungry, naked, homeless, unwanted, unloved, and the uncared for" in the slums of Calcutta, India. It was here that she opened a hospice house where sick people could be cared for and feel wanted before their death. 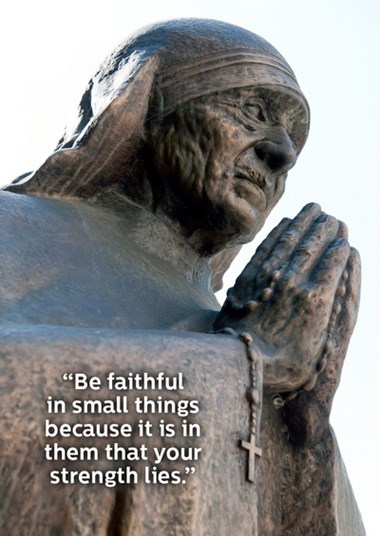 Mother Teresa's charity, Missionaries of Charity, received global recognition and continued to expand with the help of donations and government aid. She became fluent in five languages and never ceased to help the needy.

Over the years her charity grew from just a few people to more than thousands of people. Before her death in 1997, she was operating 517 missions in more than 100 countries. She received more than 100 awards during her time as a missionary, but most notably she was awarded the Nobel Peace Prize and beatified by Pope John Paul II.

As one of the best-known 20th century humanitarians, Mother Teresa was a symbol of Christ's light to a hurting world. "Let no one ever come to you without leaving better and happier. Be the living expression of God's kindness: kindness in your face, kindness in your eyes, and kindness in your smile." 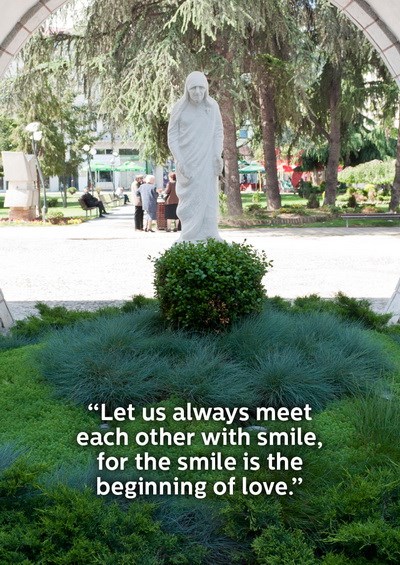