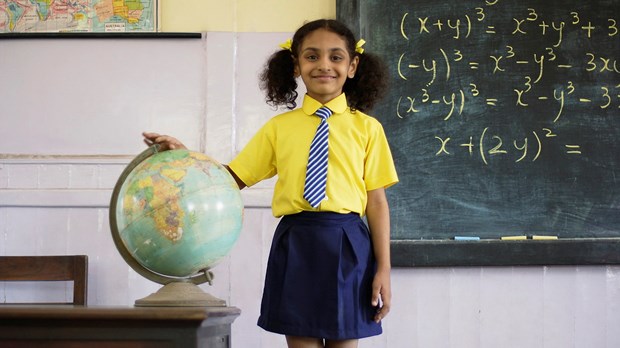 You remember the feeling, don't you? Playing a sport you couldn't really play in PE, trying out for the school musical or the cheerleading squad, or even just having to give a speech in class. The sweaty palms, the nervous feeling in the pit of your stomach, the feeling that all eyes were on you and critiquing everything you said and did.

Girls are self-conscious. In our seminars with parents, we talk often about how girls lose their voice around middle school. Dove claims that 6 out of 10 girls stop doing what they love because of the way they look. As a counselor who has worked with girls of all ages for more than 20 years, I would say it's also because of who they are—or, more importantly, who they believe themselves to be.

It doesn't take long for things to start going wrong in her world. And, typically by the early teen or even the preteen years, she is firmly entrenched in self-consciousness. Girls tell me that they think about themselves and what others are thinking about them continually. This preoccupation causes them to shrink back. One girl told me it was like she "faded" around the sixth grade. They stop raising their hands in class. They don't want to try new things. They go along with the crowd, liking what their friends like and dressing the way their friends dress. It's often hard to make new friends or even invite the friends they already have over. They lose their voice.

Empowering girls. You may read those two words and think, "Empower my daughter? She already runs over everyone in this family, including me! She doesn't need power. She needs humility." But what your daughter really needs is to be empowered to give.

Or maybe the phrase resonates deep within you. You may be, right this moment, watching your daughter lose her voice in her teenage years to all of the noise of social media. Or maybe your daughter is younger and is desperately trying to please people. She gives away her lunch at school, just hoping it will make her a long-awaited best friend. You want so much to give her a voice, to give her confidence, and to empower her to be who God has uniquely created her to be.

Join the conversation
Read as Single Page
Page 1 of 3