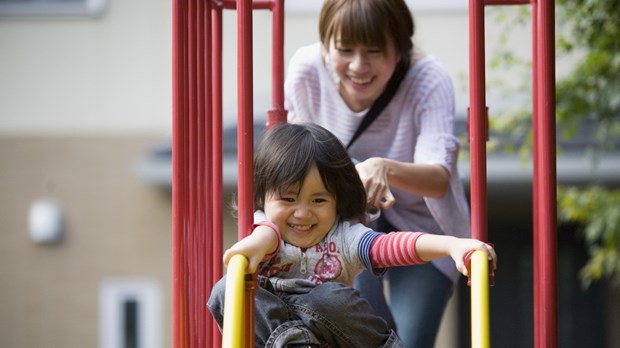 I still remember the moment on Twitter a few years ago, when a Wall Street Journal tweet caught my eye with these inflammatory words: "Why Chinese Mothers Are Superior." Within days, the phrase "Tiger Parent" had entered the modern parenting lexicon while Amy Chua's book Battle Hymn of the Tiger Mother soared to the top of the New York Times bestseller list. Chua details the extraordinary lengths she went to push her children in order for them to achieve exceptional results. In one famous scene from the book, Chua is hovering over her daughter Louisa and demanding perfection in her piano practicing. "If the next time is not perfect," Chua warns Louisa, "I am going to take all your stuffed animals and burn them!"

What guides your parenting style?

It's easy to deride Chua's motivational techniques and overbearing attitude and say, "I would never do that to my kids!" But even if the methodology of most parents today differs from Chua's, their motivations might be exactly the same: a desire to see their kids excel in school, demonstrate expertise in one or preferably several extracurricular activities, and ultimately gain acceptance to college (the more prestigious, the better) in order to ensure future success and security.

Could it be a danger sign that the lives of Christian parents appear to be largely parallel to their secular counterparts? Is there a different way to parent that runs counter to the messages of our culture?

These underlying motivations are just as present in Christian circles, as evidenced by the prevalence of hectic lifestyles that often look indistinguishable from those of non-Christian families. The only difference is that Christian families include church-related commitments in their list of activities. Could it be a danger sign that the lives of Christian parents appear to be largely parallel to their secular counterparts? Is there a different way to parent that runs counter to the messages of our culture?

Chua writes, "Everything I do is 100 percent, unequivocally for my daughters." As noble and altruistic as this attitude might sound, it is actually the opposite of the perspective that Christian parents are to have toward their children. Although we have a spiritual responsibility to teach and train our children in the knowledge of the Lord, we are not to give them 100 percent of ourselves or put them at the top of our family priority list. The Bible has a strong word when we do, and that word is idolatry. But countless parents today, Christians included, raise their kids in child-centered homes in which endless resources are poured into the children's lives to ensure bright futures. Whether we are "tiger parenting" or engaging in similar extremes such as "helicopter parenting" or "overparenting," we are letting cultural mores and personal influences affect our parenting styles and decisions, perhaps in ways we do not even realize.

Last summer, my son Sean took a park district class in baseball skills. While I was waiting to pick him up, I noticed another child who came into the facility with his father to take a lesson. The boy was not much older than my son, perhaps eight years old at the most. But as he took his stance and proceeded to smash pitch after pitch with precision and power, I was mesmerized watching him practice. Soon, my mind engaged in its own mini-panic session: Wow, look at him hit! He is already fantastic, way ahead of my son. Of course he is, look how much he is practicing! Maybe I need to get Sean in here this summer so he can up his game. Otherwise, when Little League season comes around, he won't be able to stay with the others. I never knew other kids do this in the off-season! We aren't doing enough!

In that moment, I realized how easy it is for us parents to get caught up in a line of thinking that is based on comparison, competition, and even coveting.

This train of thought sped through my head before I could even stop it. In that moment, I realized how easy it is for us parents to get caught up in a line of thinking that is based on comparison, competition, and even coveting. After I calmed the panic storm and reflected on where my mind had taken me, I had to acknowledge how quickly I had jumped to the dangerous idea that holds so many parents captive: We're not doing enough!

What causes parents, who are already pouring so much into their children, to fall into the trap of believing they are not doing enough? On one hand, it might seem admirable to witness parents striving to give their children opportunities to grow and excel in their areas of giftedness and interest. It's hard to imagine that anything could be wrong with parents simply looking out for their children's future, trying to give them every chance to be the person that God has created them to be.

And yet, residing deep beneath the surface, in ways that parents may not even realize, could be an underlying motivation that reflects a distrust in God's care and provision for our kids—a fear that the only way to help our kids keep up with what other families are doing is to join in . . . or risk being left behind.

The more I thought about how quickly I wanted to help my son progress in baseball, the more I recognized the subtle root that was underlying my panic. Deep down was something insidious, a misguided belief that if my son just did more—more lessons, more practicing—then he would be better than his peers. There was very little God-honoring about my thinking; I had reacted from a place of fear and anxiety as opposed to one centered on Christ and his calling for me and my family.

As someone who grew up herself in a "tiger-parented" home, I still struggle to understand what it means to accept God's grace even now, as a middle-aged adult.

Instead of being held captive by the cultural forces around us, Christians are to "take captive every thought to make it obedient to Christ" (2 Corinthians 10:5, niv). We are to test the influences in our lives against the light of gospel truth and cast away those influences that ultimately direct us in a lifestyle counter to God's purposes. Parenting in this manner will result in a different way of living, one in which our lives can truly be salt and light as we seek to parent "in an age of anxiety," as New York Times columnist Judith Warner coined in her book Perfect Madness.

In addition to dishonoring God, if we are parenting in a manner that values the results of our children's lives over our relationships with them, then we run the risk of fracturing our connections to our children and creating a works-based culture that will ultimately affect their relationships with their heavenly Father. As someone who grew up herself in a "tiger-parented" home, I still struggle to understand what it means to accept God's grace even now, as a middle-aged adult. And although I tell my children multiple times every day that I love them, I know that I often err on the side of pushing harder than I should, or affirming that what we do is more important than who we are. Parenting requires a constant posture of being on our knees before God, asking him to show us our errors, and entrusting the future of our children to him despite those mistakes we all inevitably make.

"Superior parenting" is not really about pushing children to "succeed" in the eyes of the world, but about the exact opposite: laying our hopes, fears, and dreams for our children at the feet of Jesus.

We owe it to ourselves and also to our generation of children, who watch and rely on us for so much guidance and direction in life, to seek a way out of the cultural traps that ensnare us. When my children have grown up and they think back to their happiest memories, I hope that my husband and I will make an appearance in those recollections for parenting choices that they'll want to emulate with their own children. And I pray even more that my kids know that "superior parenting" is not really about pushing children to "succeed" in the eyes of the world, but about the exact opposite: laying our hopes, fears, and dreams for our children at the feet of Jesus, and experiencing the freedom that comes from trusting that he will be the one to bring their lives to full fruition.

Helen Lee is a TCW editorial advisor and the author of The Missional Mom. She is working on a second book with InterVarsity Press on resisting the cultural traps of parenthood. Helen lives in Chicagoland with her husband and three boys.

Helen Lee is a TCW editorial advisor, an associate editor with InterVarsity Press, and the author of The Missional Mom. Helen lives in Chicagoland with her husband and three boys.