It’s about more than just numbers on a scale
Annie F. Downs 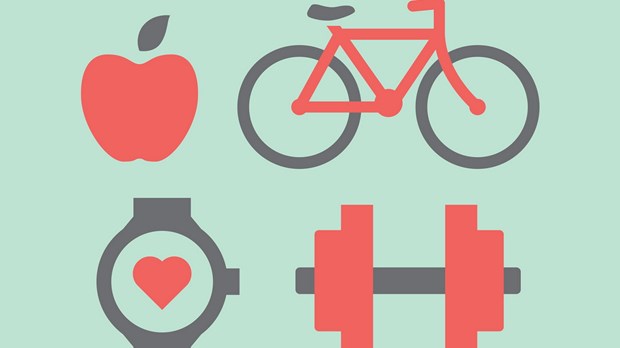 I’m overweight. I don’t like talking about it. It has been a fact since the fourth grade, it’s something I struggle with pretty much every day, and if I talk about it, it makes it more real or a bigger deal or something. I don’t know. I just know it makes me sad and mad.

I’ve been on a diet, or wanting to be on a diet, since I was in the sixth grade. For those of you who keep calculations at home, that is approximately two-thirds of my life.

Gosh. That’s staggering to realize. What a waste.

In 2003, I was diagnosed with polycystic ovary syndrome (PCOS). Among some other really lovely side effects, PCOS makes it difficult to lose weight, process insulin correctly, and have a regular period. In fact, according to the website WomensHealth.gov, as many as one in ten women could have PCOS, so you may be sitting next to someone in class or church or passing someone in the grocery store aisle who is struggling just like me.

If you’re in the grocery store, she’s the one wishing her cart was full of muffins instead of veggies. Look into her eyes. You will know.

I spent most of my adolescent years thinking that because I was treating my body badly, it didn’t work right in many areas. But it ended up I had a disease working against me as well.

Don’t get me wrong; I also didn’t eat well. It was a fairly regular Friday night in tenth grade when I would go to Arby’s with some football player friends and managers (I was a manager . . .), and I would order—get ready for it—

And no kidding, I thought nothing of it. The more shocking truth? It is only the tiny shreds of self-control I possess that keep me from still thinking that meal would be a good idea. Would it taste good? Totally. Would it ruin my soul? Possibly.

Speaking of my soul, I thought food fed it. The places that felt empty in me, I filled with food. Lonely? Eat. Sad? Eat. Celebrate? Eat.

I was never good at it. That’s the most honest answer I can come up with. I tried and failed and tried and failed, and because I wasn’t diagnosed with PCOS as a teenager, I would try and fail, and the cycle of doing all I knew to do and it not working at all made for lots of frustration.

Repeated failure can really make you skittish to try again, can’t it? It’s true in relationships; it’s true in American Idol tryouts; and it is true in healthy living.

It seemed that no matter how hard I worked in high school and college to lose weight and appreciate my body, it never worked. And so I lost the courage to try again.

What for? Deny myself delicious treats for long periods of time to still wear the same size pants and still dislike my form? Yeah, no thanks.

I only cared about me and what I wanted. I wanted to say yes to all the things and no to none of the things, and I didn’t care that it was hurting my body.

You see, the biggest side effect of PCOS is infertility. And guess what? I’m not sleeping with anybody in hopes of procreating. So I didn’t care that poor eating habits and lack of exercise were contributing to PCOS continuing to rage against my systems.

The girls and I got up early on a Saturday morning and headed to a new (to us) brunch spot called Garden Brunch Café, located in what some would call the “less attractive” part of Germantown. We sat at a table for six and ordered mimosas and coffee and soda waters all around.

Looking over the menu, it didn’t take me long to zero in on bananas Foster pancakes. I have a thing for pancakes and bananas independent of each other, so the idea that they would be combined was a blessing I did not know how to prepare for.

Our food came, and I surveyed the table. There were a variety of meals served, including other pancakes (amen) and grits and omelets and sausage and fruit. On the opposite end from where I was sitting, Kelley had ordered salmon. For brunch.

I shook my head in a “bless her heart but I’m glad I don’t live like that” kind of way. As I dove into my sugary, fruity pile of beautiful carbohydrates, Laura asked Kelley why the salmon.

Kelley started into a story I hadn’t heard before. I knew she had multiple sclerosis, and I knew the severity the diagnosis carried. But then she began talking about her progressing symptoms and how her fingers and toes had been becoming numb more often than ever before. She said she had changed her diet, saying no to a lot of things at her doctor’s recommendation in hopes that cleaner eating would heal her body.

The symptoms and numbness had subsided.

You know in Acts 9 when it talks about something like scales falling from Saul’s eyes and he realized he saw Jesus and believed? Yeah, that happened to me.

I had a God-given moment of clarity when the scales fell from my eyes and I realized all the yeses I was saying to unhealthy food were inadvertently saying nos to the things I wanted more in my life—like a healthy future.

Right there, hovering over a plate of bananas Foster pancakes (which I practically licked clean because I knew things were about to change), I decided to say the brave nos that had always scared me. Saying yes to feeding my body the foods it needs meant saying no to feeding my body the things it craved, and if you don’t think that took courage, you have never dealt with addiction or seen me at a buffet of pastries.

Discipline enables courage to show up.

It shows up when temptation feels like too much.

It shows up when the desire to quit is more than you can take.

It shows up when you get that middle-of-the-night phone call from a friend in trouble.

This article was excerpted from Let’s All Be Brave. © 2014 by Annie F. Downs. Used by permission of Zondervan.

Annie Downs is an author and speaker based in Nashville, Tennessee. You can connect with her at www.AnnieBlogs.com and on Twitter at @anniefdowns.