Rosaria Champagne Butterfield on holy sexuality and how to love our (lesbian) neighbors as ourselves
Interview by Allison J. Althoff 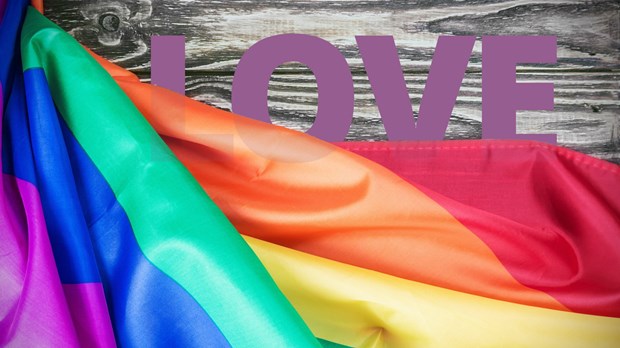 Rosaria Champagne Butterfield spent more than a decade of her life as a leftist lesbian English professor specializing in queer theory at Syracuse University. She was in a committed homosexual relationship, served as the faculty advisor for a number of gay and lesbian student groups on campus, and co-authored the first successful domestic partnership policy at the university. In 1999, everything changed. Rosaria had what she refers to as a "train-wreck conversion": she came to Christ and committed to pursuing a life of "holy sexuality"—a commitment to either heterosexual marriage or celibacy. She is now married to a Presbyterian pastor in Durham, North Carolina, where she is actively "living out the means of grace," raising four children, and sharing the testimony of God's redeeming love at churches, colleges, and universities around the world in the midst of one of the most controversial topics in church and culture today.

If you're struggling with how to pray, read E.M. Bounds on Prayer. Faithful prayer honors God.

In July 2012, Rosaria published her testimony, Secret Thoughts of an Unlikely Convert, thinking she'd sell about 20 copies to her local church congregation. Since publication, her story has reached hundreds of thousands of readers across the world. Here's what she had to say about the difference between same-sex attraction and homosexuality, and how we as Christians can best love our (lesbian) neighbors as ourselves.

You lived a lesbian lifestyle for years, and now you're a pastor's wife—How? Why?

I absolutely had what I believed was a heterosexual adolescence. I really liked having boyfriends around because they got me out of the house and I enjoyed the attention, but I realized in my 20s that deep down it was my relationships with women that were really resonating with me. That particular reality grew until I developed what I considered a homo-sociality—a preference for being in the presence of women—that morphed into homosexuality. It wasn't a big event, like here on this date I became a lesbian. It was in some ways a normal extension of the growing feelings I had. I also grew up an unbeliever, so when I came to Christ, everything in my life had to change.

Initially, after my conversion, the thought of being a sexual person at all was terrifying. I had been in a homosexual relationship for years, and I didn't trust myself at all. But after a season of the Lord working on my life, I realized I desired to have a normative, biblical sexuality. But I was a little scared of that too. So things unfolded, and I had a failed engagement before I met my husband, Kent. It was easy to be with Kent because he also is a very strong believer, and when we looked at our potential marriage and the sexuality that would be a part of that, we put it before the Lord, saying we trusted he'd brought us this far, and would complete the journey. We had extensive biblical premarital counseling, and I was committed. I felt it was something I really wanted to do. I was 39 when we got married, and I'm 51 now.

Is heterosexual marriage a solution to homosexual orientation?

If someone's struggling with their sexuality, the last thing a church should do is hold up Christian marriage as a solution to the problem.

If someone's struggling with their sexuality, the last thing a church should do is hold up Christian marriage as a solution to the problem. When I came out of my lesbian relationship, I didn't have anybody in my church saying, "You know, Rosaria, to be a real Christian you have to be a heterosexual wife." If someone had said that, I would have been really offended. Nobody should assign to you a normative sexuality as some kind of proof of your Christian life, because it's not. If a heterosexual marriage is something that you desire, pray that the Lord will meet you there. Pour your heart out to the Lord, but don't make the object of your prayer an idol. Make your relationship with Jesus your object, and ask him to make you a godly wife. Then leave it at the Cross and get on with your calling. God will give you what is best for you. Trust this.

Many faithful Christians struggling with same-sex attraction are tired of saying, "Stop trying to marry me off." That speaks to a larger problem of our inability to deal with singleness in a respectful way. The Bible makes it clear that singleness is a high calling. God will not call you to something that is small or insignificant, and we should never demean God's calling for ourselves or other children of God. There's only one orientation in the Bible, and that's not sexual orientation—it's soul orientation. So this category of sexual orientation is a made-up one. Sometimes Christians embrace it because it helps expose the fact that Christians struggle with all manners of sin, but we should be careful about how we encourage people to think about what it means to thrive in Christ—especially when the Bible says it's better to be single.

More and more people are coming out as homosexual in church and culture today—how can we love our GLBTQ neighbors as ourselves?

People often say to me, "I want to be friends with my gay and lesbian neighbors, but I don't know where to draw the line." I would say you don't have to draw the line—share the gospel in word, and also share it in deed. I've also had people say to me, "I want to be friends with my lesbian neighbors, but I want them to know I think homosexuality is a sin." But why do you think homosexuality is the biggest sin in their life? I would go with the sin of unbelief first. One of the greatest things about mercy work is that the Lord will always be with you, and people can join together to accomplish many good things without agreeing on everything.

One of the greatest things about mercy work is that the Lord will always be with you, and people can join together to accomplish many good things without agreeing on everything.

But in doing mercy work together, you can often disclose where your vitality is. Mine is not in the power of positive thinking, or meditation, or yoga. My vitality is in Christ, and the only way to be a faithful encourager to an increasingly unbelieving world is to embrace the whole counsel of God. Take the time to work your way through the Bible. Love the Bible. If we don't have biblical fluency, we can't communicate biblical knowledge. God knew, prepared, and inspired holy men to transmit the message of the Bible through an ancient world and life view that was highly sensitive to and familiar with homosexuality. The ancients had as many versions of homosexuality as we do. They knew the difference between temple prostitutes and the lesbians next door. It was all there. But there's no way to articulate that without really knowing it yourself.

If you're a Christian, you are a son or a daughter of the king himself. No matter your struggles this side of heaven, you will inherit the earth as a great, powerful, and majestic steward of it, and there will be no limitations, no tears, and no vestige of what you struggled with this side of heaven. So we don't need to make shrines to that. We have the invitation in Scripture to live right now as resurrected men and women. There will be no marriage after the resurrection in the new heaven and earth, so we now have the right to seek each other out in the calling of our resurrected selves. That doesn't mean if somebody wants to talk to me about same-sex attraction that I won't talk about it—of course we want to be available to people in their struggles, but let the person put forward the issue. Jesus is in the business of changing people, and when he first convicted me of sin, it was not the sin of my sexual orientation, it was the sin of my pride—that I wanted an identity separate from God himself. So let us not create identities in the church that allow people to have anything other than a Christ identity.

How would you encourage those struggling with same-sex attraction to confess their struggles in a church context?

Find a friend. Definitely what we see in our church communities over and over again is that people who are honest about their sin patterns tend to encourage others to be honest about their sin patterns. And the purpose of being honest about a sin pattern is to encourage prayer. Temptation is not a sin, but what you do with your temptation is. So if you're isolated and lonely and feeling like no one in your church understands you, you're not going to live a full Christian life. If we're not honest with each other, we don't know how to protect each other from unnecessary temptation.

What are your thoughts on reparative therapy and orientation change?

I am really concerned with the general ethic of reparative therapy because it's an example of the prosperity gospel gone wrong. God does not tell us to desire health, wealth, husbands, and children. Rather, God tells us, Dare you make idols out of those things? What we are to desire is the Lord himself. We are to seek repentance, not the prosperity gospel. So, does anybody really change? Is it possible? I have people say to me, "You know, Rosaria, you're either a neck-up lesbian, or a grin-and-bear-it wife—which is it?"

But I think God calls us to holiness. I love the way Christopher Yuan puts this: that God calls us to sexual holiness. And sexual holiness according to the Bible is either found in normative heterosexuality practiced in context of a covenantal Christian marriage, or celibacy. Both count. It's Christ who will lead and heal, and as new creatures in Christ, we need to lay hold of the supernatural power of being born again. It's not a joke. It's not something we just say—it's true.

We have much to learn from people who are struggling, especially if they're struggling in the right way. What I say to people in all of my talks is if you're struggling with same-sex attraction as a believer, you're a hero of the faith, not someone who should be condemned. In Christ, even suffering is redemptive, and in Christ, we have victory over all sin. In victory God may release you from specific temptations, but another example of Christian victory is to have humility over what a powerful enemy sin is. Yes, God really changes people from the ground up—but that change is not something you should make into an idol. God is able, but not obligated, to change our deepest sexual feelings.

Allison J. Althoff is the Editor of Wheaton Magazine and teaches journalism at Wheaton College. Follow her on Twitter @ajalthoff, or visit her at http://www.ajalthoff.com/.