Finding freedom and healing in the aftermath of betrayal
Saleama A. Ruvalcaba 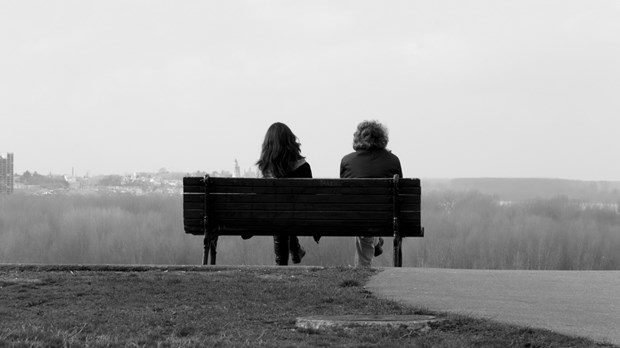 A few years ago I arrived home to my husband, who said he needed to talk. He told me the Lord had been pressing him for a year to confess something to me. He wasn't sure why the Lord wanted him to confess this information, but he finally decided to be obedient. He continued by telling me that during our dating years he had been unfaithful, and that it had usually happened whenever we had an argument. He assured me that it never took place again once we were married. This confession came ten years into our marriage—a marriage that was once insipid but, through the grace of God, had grown to be incredible. Why would God help us take our marriage from humdrum to amazing, only to have it potentially ruined by this painful confession—a confession about events that took place before we were even married?

My husband could have lived his entire life with his secret. I never suspected it; I would have never known. While he was confessing, I was preparing questions to ask him: With whom? When? Where? But I heard the Lord say to me, "You are not going to ask him anything. He is doing what I asked him to do, and telling you all you need to know." When my husband was done speaking my response was, "Okay. I forgive you." That was it. We never discussed it again.

Why would God help us take our marriage from humdrum to amazing, only to have it potentially ruined by this painful confession—a confession about events that took place before we were even married?

I was actually quite surprised by how easy it was for me to forgive my husband. But why was it so easy? This was infidelity, after all—the ultimate betrayal, right? One reason I was able to forgive was because the Word of God tells us to forgive: "But when you are praying, first forgive anyone you are holding a grudge against, so that your Father in heaven will forgive your sins too" (Mark 11:25). As my husband confessed, the Lord reminded me that we were not Christians when the unfaithfulness occurred.

The Lord also reminded me of my own sin. During our dating years, I often talked to my husband like he was the scum of the earth. He bore the brunt of all the anger, bitterness, and hurt from my past. My parents' destructive life, no father to love me, being bullied, barely graduating high school, being in an abusive teenage marriage, becoming a twenty-one-year-old divorced single mother—my husband became the unfortunate recipient of all that pain.

I'm not suggesting I deserved his unfaithfulness, but I do think this insight gave me a clearer understanding of sin. The Word of God does not teach us to rank greater or lesser levels of sin. A "little white lie" is not a "little white lie" to God—it's sin. All sin is destructive and causes separation from God. For example, the Bible teaches about the destructive nature of all sin, from sexual sin to the words we use. Proverbs 18:21 says, "The tongue can bring death or life." My husband didn't have to marry a woman who was mean, unstable, and hurled insults at any given moment—but he did. And in that moment as he confessed, I could have maliciously berated him, but God pointed me to a better way.

It can be tempting to make a career out of living in self-pity. I know this because I used to live that way, wallowing around in indignation and waiting for the next time someone would offend me or let me down. That said, I am not making light of painful situations people go through—I certainly understand pain! My first marriage was abusive and full of infidelity—even though I was pregnant, my husband would hit, slap, or kick me without warning. But when I chose to accept Jesus, I chose a new life, and I chose to allow him to heal me. In this sense, I chose a different way of responding to pain. If we do not try to move toward healing, we will view every person through that lens of indignation, focusing on how they've hurt us.

And in that moment as he confessed, I could have maliciously berated him, but God pointed me to a better way.

Several years ago our family left the church we were attending because I was offended by some of the leaders in women's ministry. We began attending a new church, and a year later we were on the verge of changing churches because, once again, I was offended by some of the women in leadership. We were on our way out the door when Barbara, the pastor's wife, stopped me. She boldly told me I was out of line. She said that I was viewing her church with the same eyes that were hurt in my previous church, and if I left I'd just take my offense to every church I would attend in the future. And she was right. When we hold on to offenses in our hearts, we filter every experience through the offense.

There is power in the name of Jesus; he heals the brokenhearted. Healing is a process that requires determination to see it through—and it often begins with the freeing power of forgiveness.

Saleama A. Ruvalcaba is a Memphis-based writer and speaker. She is a wife to Omar, mother of four, home educator, and Bible student. She writes devotions on her blog at www.salruv7.com. She just released her book Breakthrough (Xulon Press, May 2014).