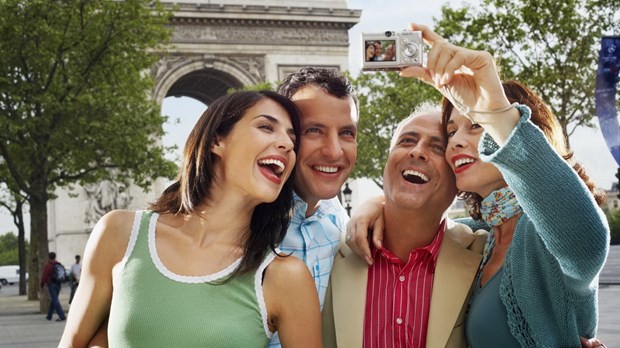 In the Kohut family, vacations have always been a spontaneous affair, like piling four kids in a motor home and finding an open lakeside campground for a week. As a high school math teacher, Janine, along with her kids, had summers off, so the only schedule to plan around was her husband Kevin's.

But something strange happened over the many years of vacations . . . . The kids grew up and no longer have synced schedules.

Dustin, 21, is now in the marines and away on active duty. Ashley, 19 and a freshman in college, has a summer job. Only Julia, 14, and Elliot, 13, were left to take the Jet Ski for a spin and make s'mores with Mom and Dad. In the end, all six of the Kohuts went on vacation to Millerton Lake in Central California, but only for a couple of days.

Like many families with teens and young adult children, the Kohuts are finding that the venerable summer family vacation is now competing with summer jobs, sports camps, and internships. But rather than just chucking the entire summer out the window, Janine and some other moms in this season of life are navigating the transition creatively, with practical wisdom and insight. Here are their seven easy ways to keep growing-up families from growing out of family vacations:

Janine decided she could either mope about her older two kids not being present, or she could turn the situation into an advantage.

"It is hard when they are not all there, but on the other hand, it's a good time to connect with the other kids," she says. Janine said that the Millerton Lake trip gave her hours to kayak with Julia, giving her precious one-on-one time that is hard to get with four kids around.

Janine has had to make one very practical change in order to pull off vacations: plan early—sometimes as much as a year in advance. Planning ahead can be challenging with multiple schedules, and it's a foreign concept for a figure-it-out-as-you-go family, but the extra effort is worth it. But be careful not to get upset or frustrated if your entire family still can't make it despite your planning ahead. Enjoy those who can be there.

3. Travel to your kids

The Kohuts have decided if their kids can't come on the vacation, they will take the vacation to their kids. Later this year, Dustin will be in Florida, and Ashley in New York. Instead of bringing them both home to California, the Kohuts will go to New York, pick up Ashley, and all migrate to Florida to see Dustin. It will cost more, and the logistics are harder, but Janine and Kevin are willing to do it because "it's important to keep the family close to each other andcontinue the relationships."

Mike and Tracey Harmon have three children: Jon, 24, Gabe, 20, and Katie, 18. Tracey, a librarian, hails from Kansas where her folks still live on the family farm. Every summer when their kids were little they trekked there from several states away to see extended family and let the kids romp on the acreage. They also enjoyed family camps, national parks, water parks, and trips to Las Vegas. But in the last couple of years, Jon has been working, Gabe was studying in China, and Katie was busy with summer dance camps.

"Experiencing things together, seeing places together, is what bonds you as a family and the memories you create are precious. I am not ready to let that go," says Tracey. So, with no time guarantees, the Harmons have started enjoying mini-vacations, one- or two-day outings that still bring them together as a family.

"We have played miniature golf and taken the bikes to the beach—just having fun together away for the day. We do more of that kind of stuff now rather than taking a week off," she says.

5. Develop an attitude of gratitude

It has not been easy letting go of extended vacation time, but Tracey believes cultivating a heart of thankfulness helps moms transition. "Being willing to be flexible and adapt and change to a shorter vacation instead of a week-long trip is important. I would encourage other moms to be happy with what you have, with the time that God has given you; if that is a one-day trip instead of week, rejoice and praise God you have that day."

As your kids get older, you can't have the same expectations for family vacations as you did when they were younger.

Judy and Rick Mandl had vacationed for years in Mammoth with their three daughters. But with their daughters, Kelcie, 14, and Kari, 17, involved in sports and jobs, only their 11-year-old daughter, Kimberly, could go with Judy and Rick on a week-long vacation. Trying to meet her expectations, that summer Judy drove back and forth from Los Angeles to Mammoth Mountain three times in one week (a total of 1,878 miles) just so her family could have a couple of days together at the cabin. It was the first time she had to get "creative" to pull off a family trip.

Fast forward a few years down the road and Judy is now a seasoned pro at vacationing with her adult children, including their spouses and kids. Along the route she has realized a few things: "Think through what your expectations are. If you expect the same type of vacation when they were seven or ten, then you aren't being realistic. Remember you are dealing with adults now who are used to making their own decisions. Just because you put them under one roof again doesn't revert them back to childhood," she says.

When kids are young, planned activities certainly can keep them occupied and focused (and preserve parents' sanity), but as kids mature, forced participation may backfire, so consider lessening the number of planned daily activities.

So, it really is okay if the daredevils in the group want to bike along a treacherous path while the less adventurous ones picnic in the park.

"One of the things we have learned is you don't have to make everybody do everything together," Judy says. "It is important to give everybody their own time, along with time to spend with other people. You can't take it as an affront if they want to do different things."

So, it really is okay if the daredevils in the group want to bike along a treacherous path while the less adventurous ones picnic in the park. "Remember, it's a vacation, so the idea is that everyone has a good time," Judy says.

Investing in the future

Although Judy probably wouldn't drive almost 1,900 miles again, she—like Janine and Tracey—believes maintaining family vacations is worth the hassle of early planning and juggling schedules. Her hope is that her daughters and their families will keep the tradition going when she and Rick are gone.

"I want them to have those relationships between each other that will make the family carry on. You don't get that if you haven't invested the time," Judy says. "Invest in these times now and live these moments instead of pining away for the days you can't get back."

Maria Cowell is a writer living in Los Angeles whose own family vacations have included road trips to over 40 national parks and historic sites across 20 states with her husband and children, now 21, 19 and 17. With the older two working, the road trips have been replaced with weekend beach stays with whoever can make it. Follow her on Twitter @HipMamaMedia or at HipMamaMedia.com