Let’s work together to protect children, birth families, communities, and the kingdom.
By Jen Hatmaker 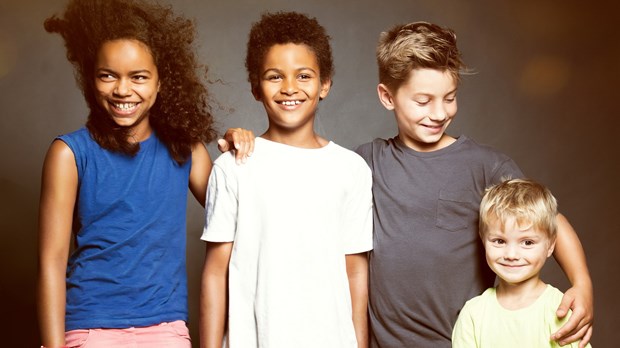 [Disclaimer] There are so many children who are truly orphaned, with the numbers skewed toward older kids and sick kids. This is a real crisis. There are also adoption agencies with impeccable ethics both here and abroad. Plenty of adoptive families went in eyes wide open, prioritizing transparency and thoroughness. This is not an all-bad or all-good scenario, but a little yeast leavens the entire batch, and no decent parent I know wants to be complicit in corrupt adoptions. That’s why I believe this conversation deserves its place among believers.

I’m wading into difficult adoption territory today, a space wrought with defensiveness and big feelings and confusion. Let’s cover this conversation with grace and truth and move gently through it together.

I’m not hearing enough about prioritizing birth families and empowering them to raise their own children—not even from well-meaning adoptive parents.

We can begin here: money has always been a magnet for corruption. Sometimes when you offer large amounts of money, a person will do anything to get it, even something knowingly harmful. Let’s stipulate that rich Americans flooding impoverished countries with millions of dollars to adopt their children will absolutely garner attention. While there are obviously lots of true orphans, without question, that much cash flow will generate some “created orphans” to satisfy demand, especially for babies.

Now, a few years after our first steps into international adoption, I’m connected to people living in all sorts of impoverished countries, and the word on the street is not good. There is the Christian adoption narrative we use over here, including inflated statistics, words like rescue and saving, and plenty of emotional ammunition, and then there is the in-country story, which is something altogether different.

Even though I don’t want this to be true, I keep hearing it over and over in Ethiopia, Haiti, Uganda, Congo—everywhere. The missionaries and locals are saying something very disturbing: so often vulnerable birth moms are coerced and misled, families are manipulated and deceived, and children are flat out bought. International adoption can be Big Business. I’ve read emails describing orphanage directors who paid $20 for birth certificates and $75 to take a baby right out of his mother’s hands. Paperwork may be falsified, and birth families may be told their children are going to school, to triage while they stabilize, to receive health care then return home.

There are very real orphans all over the earth, but most of us don’t pursue the kids there are; we pursue the kids we want, and some in these countries know the score. Older kids stay on waiting children lists, while the baby line is hundreds deep. It doesn’t take long for opportunists to figure this out.

I’ve heard of too many devastated birth parents who were shocked and confused as their children were adopted into other families. Basic investigations have uncovered entire communities picked through for their children by greedy opportunists who travel around like door-to-door salesmen. I’m not hearing enough about prioritizing birth families and empowering them to raise their own children—not even from well-meaning adoptive parents. Isn’t that what we want? Shouldn’t intact families be our highest goal? Shouldn’t we want for birth families exactly what we want for our own, if it is possible?

Does God not weep for birth moms who were tricked? Who were coerced? Who were so vulnerable?

But birth families are often not prioritized; adopters are. The adoption system is geared to make us happy, to keep us coming. There is this silent belief that kids are better off with us, period. We say, “God chose this child for me. She is mine. She was always meant to be mine.” But no, our children were meant for their birth families, the way every child ever born is. God didn’t intend these children for my wealthy home and accidentally put them in Ethiopian wombs. Does God not weep for birth moms who were tricked? Who were coerced? Who were so vulnerable? Were their children gifts for us and not them? This perspective insidiously tricks us into overvaluing our “rights” and devaluing first families or reunification efforts.

With even a portion of the adoption pipeline supplied by corruption and confusion, we cannot possibly claim God’s sovereignty in all cases. We need to call this sort of corruption what it is: an injustice God would never endorse. It is time to stop participating in adoptions that encourage able-bodied parents to give up their children or women to get pregnant in order to exchange a baby for a paycheck. We cannot be complicit in what amounts to trafficking.

When we began the adoption process, Brandon and I assumed we were adopting kids with no parents. We were shocked to discover most kids in our pipeline had one or both living parents, including our two children. Without sharing too much of their stories, I’ll tell you that both kids could be raised by able-bodied birth parents or extended family. That doesn’t change the fact that they were both relinquished—Ben was in an orphanage for nearly three years when we met him at age 8, but we are haunted by the possibility that some simple development and intervention could have prevented them from ever entering the system.

“It’s too complicated.” “They cannot handle their own kids.” “They are too poor.” “Life is too unstable there.” These are the arguments we bandy around about birth parents. Frankly, this is an easy pill to swallow and goes down in seconds without much consideration. Just like that, I’ve severed the biological tie and discredited the argument for reunification.

Yet people working in impoverished countries tell me something totally different. My friends, Troy and Tara Livesay, work in maternal care in Haiti, the poorest country in the western hemisphere. By every statistic and standard, it is a hot mess. Yet at Heartline, their organization that offers prenatal care, safe birthing facilities, and parenting and child development classes for vulnerable moms, their numbers disclose something astonishing: out of roughly 300 births—and I’m talking about very poor women, some who’ve been raped, some teenagers, some single moms, all extremely disadvantaged—only one birth mom has ever relinquished her baby. As Tara told me, “If our small, simple operation has virtually a 100 percent success rate, we are not trying hard enough for birth families.”

What if we prioritized first families and supported initiatives that train, empower, and equip them to parent?

What would happen if we reallocated a percentage of the millions we spend on adoption toward community development? What if we prioritized first families and supported initiatives that train, empower, and equip them to parent? This would absolutely be orphan prevention, not to mention grief prevention, loss prevention, abandonment prevention, trauma prevention, broken-family prevention. What if we asked important questions about supply and demand here and broadened our definition of orphan care to include family preservation and first-family empowerment?

Adoptive parents are so precious to me; this community I’m a part of is dear. I only feel safe raising these disturbing concerns because I personally know our hearts. You would not sit one of us adoptive parents down and discover evil motives or a calculated rejection of birth moms. The opposite is true, in fact. These are some of the best people I’ve ever known. This article is not meant as an attack; rather it’s grabbing hands with my community and humbly acknowledging that where there is a lot of smoke, there is some fire, and none of us endorse international pyromania.

This is an issue we need to examine. When the critics are primarily adult adoptees, misled first families, locals and missionaries, in-country nonprofits, and developing countries in general, we should listen. I simply believe it is time to take our good hearts and add our good minds. Adoption is the worst arena to enter armed with nothing but good intentions. Rather than just getting swept up in emotional jargon and moving videos, we must move forward soberly, carefully, and thoroughly. We must set any agenda aside and work hard to protect children, birth families, communities, and the kingdom.

I only feel safe raising these disturbing concerns because I know our hearts.

Adoption is complicated and nuanced, and corruption obviously does not apply to every situation. There are clearly scenarios dripping with abuse, neglect, total abandonment, and bad parents, which exist in every country in the world. Orphans are real, some kids really need families, and I personally know scads of above-board stories. So many of our kids had no option for reunification or extended family or in-country adoption. So when discussing unethical adoptions, I am not saying always; I am saying sometimes. But if there is a sometimes in the mix, then we must go on high alert. We have to. We cannot simply hope we have no part in the sometimes.

We must insist on the never.


In Part Two, I get down to the nitty gritty: What do we do? What questions do we ask? What are the red flags? How do we evaluate our agencies, since we must place so much trust in their integrity? How do we refuse complicity in unethical practices?

This article first appeared on JenHatmaker.com and is used with permission.

Jen Hatmaker is the author of ten books and Bible studies, including Interrupted and 7: An Experimental Mutiny Against Excess. She speaks all over the United States. She and her husband, Brandon, lead Austin New Church in Texas where they are raising their five kids—three the old-fashioned way and two adopted from Ethiopia. Follow her ministry and blog at JenHatmaker.com.