Why you have permission to stop worrying
Amy Simpson 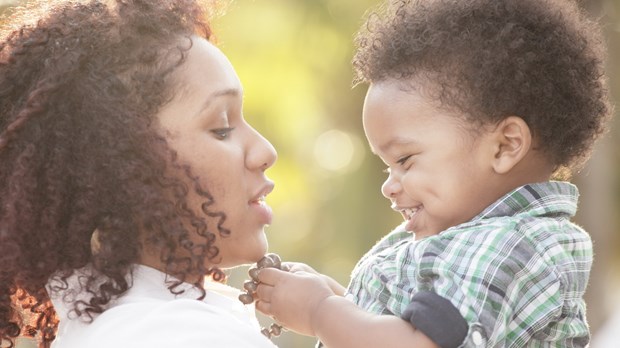 Stewardship: it’s a word we use a lot when we’re talking about money and possessions. And often people interpret its meaning as simply taking good care of what we have or being frugal with money.

But stewardship means something far more radical than simple financial wisdom or careful living. It is a word and a concept built on the idea that what we have in our lives does not belong to us. We are caregivers, charged with responsibility and oversight. But we stand in place of the real owner, like managers who govern in place of a king. And a good steward never forgets who the real owner is.

In Christian theology, the king is, of course, God himself, and we are given the privilege of caring for his precious treasures in our short lives on this planet. In this worldview, stewardship isn’t just about money and material possessions. The idea of stewardship extends to people and relationships as well—it even extends to our role as parents.

Parents naturally live as if our children belong to us, but they don’t—they belong to God. When we believe they belong to us, and their lives are entirely in our hands, we often find ourselves consumed with worry. And a worried mind is incompatible with the abundant life that God has called us to—guided by the Holy Spirit, joy-filled and at peace, ready to do his work, living for him and not ourselves or earthly attachments.

Parents naturally live as if our children belong to us, but they don’t—they belong to God.

In our current cultural climate, when parents find ourselves under social pressure to worry over our kids, we’re also pressured to express our worry through overprotection. We see a child playing alone in a front yard or at a park, and we wonder why no one cares about that child enough to keep her safely imprisoned behind closed doors. We are appalled at seeing children exercise a level of independence that many of us were expected to develop without question in our own childhoods. No one wants to be accused of bad parenting, especially those of us who already wonder if we’re good enough. We are driven to more worry because we worry that if we don’t worry about our kids, we’ll be accused of neglect or apathy.

If worry is a problem in our lives—and for most of us it is, whether or not we acknowledge it—then we must address it, and the most effective approach is to work on its root causes. Among our most significant root sources of worry is our effort to cling to people we’re afraid we’ll lose and to control people who aren’t ours to control.

No one wants to be accused of bad parenting, especially those of us who already wonder if we’re good enough.

When I asked several people why they worry, one friend answered, “I worry because I love.” She also told me, “Being a mom inherently means worry. All the dangers lurking out there in the world can really paralyze me when it comes to my kids.”

Whether parents or not, we can all relate to that statement. We worry about people we love. But as my friend pointed out, parents are especially prone to worry—worry comes as a side dish with the tremendous helping of responsibility in raising children. Another friend told me, “I worry about my children in this ever-changing world—will they be passionate followers of Christ and will they be able to hold strong with everything else beating loudly for their love and attention?”

The first night after my husband and I brought our oldest daughter home from the hospital, I crept over to her crib multiple times to make sure she was still breathing. Now she’s a teenager, and I’ll confess I still can’t go to sleep until I make sure she and her younger sister are breathing.

Race to Nowhere is a 2009 documentary that highlights one cancerous effect of parental worry, specifically about their kids’ chances at success in life. “Featuring the heartbreaking stories of students across the country who have been pushed to the brink by over-scheduling, over-testing and the relentless pressure to achieve,” this film offers compelling evidence of how performance pressure is hurting children. As parents feel pressure from an educational and cultural system that preys on their fears, they worry their kids will fall behind an invisible marker and they push kids to perform to some undefined optimal standard.

Kids respond, often with hard work and high achievement, but they also pay with high levels of anxiety, display psychological and physical illnesses, resort to habitual cheating, sometimes burn out before they’re 20, and struggle to discover who they are and what they want to do. The irony is that all this pressure, anxiety, and high performance are pointless. They don’t produce happier, smarter, or more fulfilled children or adults; they just produce anxious people who know how to work the system (in the film, one teacher calls them “robots”) but never reach that elusive goal called success.

Parental worry doesn’t make anyone happier, more successful, or safer. It never gave anyone a sense of purpose, calling, or identity. It never turned a happy child into a responsible adolescent or a wise adult.

The irony is that all this pressure, anxiety, and high performance are pointless.

All people belong to God, not to us. Parents, our kids don’t belong to us. God has called us to positions of responsibility in our children’s lives. But we do not have ultimate responsibility for them—God does. It does no good—in fact, it causes harm—for us to worry over them and try to adopt a measure of control we do not have. We need to entrust them to God.

The solution is not to stop caring for our kids. We are right to care deeply and passionately about them. We are right to care for them as we can and as our care will help, not hurt. We are right to guide them and teach them everything we believe to be true, and to pray that they embrace that truth as well. But we aren’t right to try to control them, to take ownership of their spiritual destiny, to push them into the life we want for them. They all belong to God, who has called us to love and to pray, and to take action as God’s Spirit calls and equips us to do so. But he never calls us to worry.

If God doesn’t control us, why do we think we have the right to control other people who belong to him? We need to take seriously our responsibility as stewards—our children are in our care. But this isn’t the same as ownership; we must relinquish what is only the king’s to claim, knowing they are in much stronger hands than our own.

Amy Simpson is author of Anxious: Choosing Faith in a World of Worry. She also serves as editor of Gifted for Leadership, Senior Editor of Leadership Journal, a speaker, and a Co-Active personal and professional coach. You can find her at AmySimpsonOnline.com and on Twitter @aresimpson.