Will you join me in championing science?
By Kelli B. Trujillo 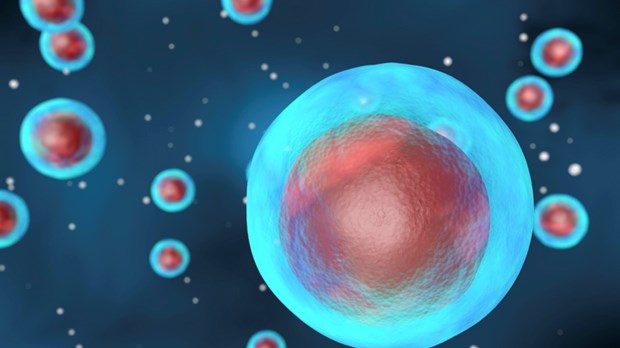 All things bright and beautiful,

All creatures great and small,

All things wise and wonderful:

The Lord God made them all.

When Irish hymn writer Cecil F. Alexander wrote the lyrics to this beautiful song, she described plants, animals, and people—as well as weather, God’s provision of food, and geographic wonders—all crafted by Creator God. Her song echoes the truth expressed in Psalm 24:1 and reverberating throughout the full scope of Scripture: “The earth is the LORD’s and the fullness thereof, the world and those who dwell therein” (ESV). Time after time in God’s Word we hear this same refrain: God is the Creator of life, of this earth, and this expansive universe. He is the sustainer of creation, from seasons and weather patterns, to laws of gravity and energy, to photosynthesis and human breath. From minute spinning quarks to massive stars ablaze across our sky, God is the orchestrator of it all.

From minute spinning quarks to massive stars ablaze across our sky, God is the orchestrator of it all.

When the ancient psalmists praised God for his created world—or even when Cecil Alexander penned her hymn in 1848—they had no inkling of the bright and beautiful discoveries of this created world that science would enable us to discover. Consider the mapping of the human genome, the charting of the periodic table, the ever-expanding discoveries of astronomers studying the cosmos, or the mind-blowing work of physicists unlocking the secrets of particles so minuscule that they are beyond comprehension—but yet they’re the building blocks of me, and of you, and even of the light allowing you to read this page.

And can I just share with you one of my greatest passions? As a mom of three, one idea I’m absolutely determined to deeply imprint upon my kids’ hearts and souls is that this bright and beautiful world is God’s. As we learn about it through adventures outdoors, through scientific endeavors, and through mathematics and science classes at school, we are learning about the work of our maker and sustainer. I want my kids to always know that it’s an inherently good thing to learn about God’s very good world—and, through that learning, to discover more about God himself.

For this reason, I believe we as Christians ought to be champions of science rather than its foes (as some in the culture believe us to be). Questions, theories, hypotheses, and discoveries ought to enliven us rather than threaten us. Because of our whole-hearted love for God, we ought to be at the forefront of scientific frontiers rather than lagging behind.

Just as devoted Christians led the way in many scientific discoveries throughout history (consider Pascal, Mendel, Pasteur, Descartes, Galilei, just to name a few), there are many scientists today who integrate their faith and their scientific work. In this issue of Today’s Christian Woman, we celebrate the work and faith of such champions.

. . . I believe we as Christians ought to be champions of science rather than its foes (as some in the culture believe us to be).

Dr. Catherine Crouch studies wonders I can barely begin to understand—the physics of molecules and quantum objects. In “Designed for Wonder,” Crouch shares a personal testimony of sorts, describing how her work in science has taught her profound spiritual lessons. Rather than conflicting with her faith, scientific endeavors have shaped and enriched her walk with Christ.

From Crouch’s nano-world of fascinating particle physics, we move to a scientist studying God’s creation on the macro-scale: Dr. Jennifer Wiseman, a leading astrophysicist. In “A Blessed Endeavor,” Wiseman, who studies star formation, spoke with TCW’s Margot Starbuck about how she navigates arenas in which some see a conflict between faith and science.

While there certainly are areas in which we each must navigate how we understand the interaction between faith, Scripture, and science, in “Embracing Science” several leading women in the sciences discuss with me why faith and science are simply not the archenemies we may sometimes perceive them to be. Starting from a scriptural and theological foundation, we discuss together why a posture of enthusiasm and confidence toward science—rather than a stance of defensiveness or denial—is imperative in the life of the Christian.

This posture that champions and is enlivened by science? It’s not just for professional scientists working away in a lab—it’s for all of us. Non-scientists, too, can experience a deeply enriched faith through encountering God’s created world. In “When I Consider the Heavens . . .” Ginger Kolbaba shares how contemplating some of the truly awesome aspects of nature has radically enlarged her view of God and deepened her understanding of his love.

So today, take some time to read through these pages—and also to stargaze or whip out the magnifying glass or research a topic you’ve always been curious about. Because the sciences? They invite us in to take a closer look at the wonder-filled world that God made and sustains. To pause in awe. To explore and discover. And maybe, like another great hymn writer, to utter in wholehearted response: My God, how great thou art!