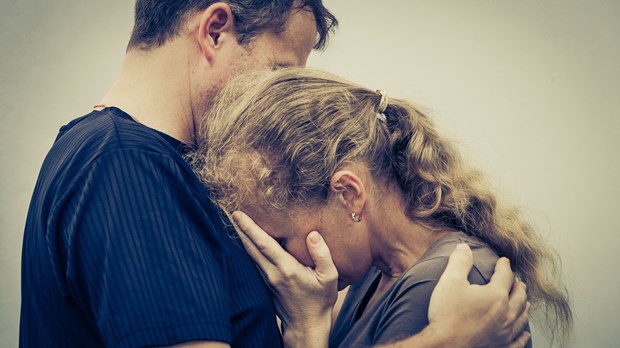 Shame is a topic that has recently come out of the shadows. Not too long ago, discussions about shame were relegated to therapists’ offices and jokes about religious guilt—it was something we all experienced but didn’t want to talk about. Now, we can’t seem to quit talking about it, especially in Christian circles. Is shame a legalistic hang-up that we need to set aside, or a lost virtue that we need to recover? Is shame a good thing or a bad thing, and what does God have to say about it?

The more time I spend talking with women and looking at what the Bible has to say about shame, the more convinced I become that shame is bad news, a paralyzing venom that makes us easy prey for the enemy. Shame is that nauseating knot in the pits of our stomachs that keeps us up at night counting our sins; it’s the monster that tempts us to lash out and shift blame when we are criticized; it’s the insidious impulse to cram another piece of cake down our throat to tamp down memories that are too painful to handle, drowning our feelings in sugar, alcohol, media, or even frantic do-gooding. Shame is a self-defeating emotion that buys into the lie that our identity rests in our failures instead of Christ’s victory. And therein lies the problem.

The Source of Our Shame

Dr. Brené Brown, a research professor who studies shame and vulnerability, defines shame as “the intensely painful feeling or experience of believing that we are flawed and therefore unworthy of love and belonging.” She explains that while everyone experiences shame, the cause varies from culture to culture. For Western women, shame tends to stem from our futile attempts to juggle conflicting expectations—to be all things to all people, and to do it without breaking a sweat. Somehow we’ve bought into the idea that if we can’t keep a Pinterest-perfect home while building a fulfilling career, raising Nobel Laureates, and looking like Jennifer Aniston, there is something deeply wrong with us. Christian women deal with an extra layer of shame.

When plates start dropping (as they inevitably will), we feel like we’ve let God down too—that we’ve failed to live up to God’s ideals for women.

This problem is as old as sin. In fact, shame is the first negative emotion mentioned in the Bible. Many theologians suggest that the original sin in the Fall was pride. Adam and Eve decided they could run their own lives, but when their eyes were opened to their glaring insufficiency, their immediate reaction was shame (). Overcome with the need to cover themselves, they hid when God came looking for them, more intent on covering up than reaching toward healing and wholeness. When they were confronted with the reality of their sin, they became defensive and lashed out, shifting the blame instead of asking for forgiveness. Shame has kept us dancing to this dysfunctional tune ever since.

Can Shame Ever Be a Good Thing?

But don’t we need a little bit of shame to keep us on the straight and narrow? We all know people who seem to have traded their sense of shame for self-centered carelessness, and the results aren’t pretty. If we aren’t constrained by shame, what’s to keep us from free-wheeling off into moral relativism, doing whatever seems good to us at the time? Can’t shame be a form of positive peer pressure? Can’t it lead us to repentance?

A lot of this confusion can be cleared up by making a distinction between guilt and shame. Most mental health professionals would define guilt as the belief that you did something bad, and shame as the belief that you are bad. Shame strikes at the heart of self-worth, breeding hopelessness and self-loathing and often driving people to self-destructive behaviors. In fact, Brown explains that “shame is highly correlated with addiction, violence, aggression, depression, eating disorders, and bullying.” Guilt, on the other hand, is a useful (if uncomfortable) emotion that can empower positive change.

This isn’t necessarily how we were raised to think, especially if we grew up in a strict religious environment. Many of us had our noses rubbed in our failures early on, and learned to comment on our own inadequacy before anyone else could—the theological equivalent of complaining about how much weight we’ve gained. Besides, aren’t all those things Dr. Brown said about shame true? Aren’t we flawed and unworthy of God’s love, not really deserving the grace we have been given?

Well, yes. But do you want to say those things about Jesus’ beloved to his face?

Being harsh with yourself doesn’t make you any gentler with others—if anything, the opposite is true.

Still, beating ourselves up for our flawed humanity is a long-standing religious tradition. In the early 1700s, the influential Puritan theologian Jonathan Edwards penned a list of 70 resolutions, the 8th of which was “to act, in all respects, both speaking and doing, as if nobody had been so vile as I.” He goes on to resolve that he will let other people’s failures “promote nothing but shame in myself, and prove only an occasion of my confessing my own sins and misery to God.” (Just reading that makes me want to pop a Prozac!)

While Edwards’s impulse toward humility may seem laudable, my experience with this sort of spiritual implacability (not to mention Puritan history!) suggests that this strategy tends to backfire. Being harsh with yourself doesn’t make you any gentler with others—if anything, the opposite is true. Confession is good for the soul, and there is a time to don sackcloth and ashes, but for the most part, wallowing in our own filth just makes us waft an unpleasant aroma. It may make us look impressively humble, but it doesn’t do anyone any good.

A Better Model for Our Self-Worth

The apostle Paul provides a better role model for dealing with shame and its counterpart, pride, than Jonathan Edwards. Sure, Paul referred to himself as the chief of sinners in his first letter to Timothy, but he didn’t spend a whole lot of time pondering his own depravity. Instead, he shifted the focus from his actions to God’s, exulting in God’s mercy. Paul treated his strengths the same way, not shying away from the fact that he had been an impressive specimen of Jewish spirituality, but insisting in Philippians 3 that those things were worth about as much as used toilet paper to him—he was only interested in Christ’s righteousness, not his own. Paul’s focus wasn’t on how good or bad he was; his focus was on how incredible God was.

Paul’s focus wasn’t on how good or bad he was; his focus was on how incredible God was.

Paul’s perspective was amazing, when you stop to think about it. I’ve often wondered how Paul worked through the emotional shrapnel of having persecuted the church he came to love. Did he have flashbacks about the Christians he had sent to prison? Did he have nightmares about the stoning of Stephen? I bet there were people in the early church who couldn’t look at him without thinking about their lost loved ones, and who reminded him of his history at every opportunity. If I were Paul, I would have wanted nothing more than to curl up in my room and spend my days in endless mea culpas.

Luckily for us, Paul didn’t give into shame. He refused to base his worth and identity on his own actions, good or bad, and based them in Christ’s instead. This enabled him to move beyond shame and into the glorious reality of freedom in Christ that he wrote so much about. He traded his self-consciousness for God-consciousness and was able to share the good news of God’s mercy with others as a result.

Jenny Rae Armstrong is passionate about building up the body of Christ by building up women in her rural community and around the globe. An award-winning journalist, she lives in Northern Wisconsin with her husband, Aaron, and their four sons, and is pursuing an M.Div from North Park Theological Seminary. She loves making new friends, so drop by her blog (JennyRaeArmstrong.com) and say hi, or follow her on Twitter at @jennyrarmstrong or Facebook.