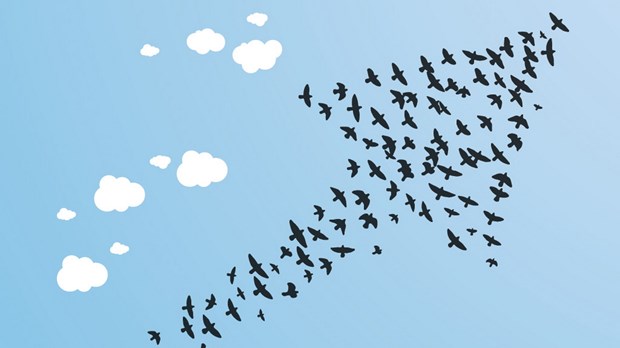 Think about the political prowess of Condoleezza Rice and Hillary Clinton, coupled with the strength, courage, and tenacity of Joan of Arc along with the prophetic edge of Beth Moore. That’s the type of person Deborah was.

We can only imagine how many times Deborah was told that she couldn’t do something—that she shouldn’t, that she wouldn’t. But she did.

Scripture tells us that Deborah was both a judge and a leader. She didn't go looking for that position. She didn't knock on doors or take votes like it was a popularity contest. Instead, God appointed her (see Judges 2:18). I believe that just as God appointed Deborah and the other judges of that time, he is beckoning us. He is wooing us today, inside our churches and communities, to rise up and be the leaders and the judges of the land. He wants to do great and mighty things like what we see in Judges 4 in our own lives.

What kind of leader was Deborah? Because of her confidence and faith in God, Deborah was a leader who inspired confidence in others to do what God had called them to do. When Barak felt indecisive about going into battle, he said to Deborah, “I will go, but only if you go with me” (verse 8). Deborah agreed to go, but she said to Barak, “Go! This is the day the LORD has given Sisera into your hands. Has not the LORD gone ahead of you?” and Barak went out and did it (verse 14)!

Leaders like Deborah trust in something bigger than themselves. It’s one thing to speak Christianese to others, saying things like “God be with you,” “God will deliver you,” “I’m praying for you.” But it’s an entirely different thing to say, “I believe in God’s will for your life so much that I’m willing to stand with you until we see God’s plan come to fruition.” That’s the kind of leadership we see in Deborah.

Deborah was honest with Barak. She spoke truth and grace; she backed up her words; she believed in something—someone—bigger than herself. And she said, “We will win this battle, but the honor of winning the battle is going to come at the hand of a woman” (verse 9). Now, if the text were to stop right there, it would seem like Deborah was referring to herself because Deborah was bad. Deborah would probably be a corporate, Fortune 100 CEO if she were alive today. She’d have power lunches, power naps, and power meetings. If we stopped with verse nine, we might think obviously that it’s Deborah who’d win the battle for Barak. But God uses all of us, whether we’re Deborah-material or not.

Deborah was leading people; Barak was heading up an army. Yet Sisera and the Canaanite army came down at the hand of a stay-at-home mom: Jael (Judges 4:17–22). So who is the hero in this passage? There’s no wrong answer: Jael, Deborah, and Barak. All of them were heroes who glorified one ultimate hero—the Almighty. Jael’s example reminds us that we need to celebrate every season of life we are in. It doesn’t matter whether you’re in a boardroom or raising your children in a living room. God is using you! God can and will use you whether you’re leading one person—or one hundred, one thousand, or one million people.

You are more than enough and God has a plan for you. So the question is: Are you willing? Judges 5 shares a reoccurring idea in the celebration song of Deborah and Barak after the battle. It says, “When the princes in Israel take the lead, when the people willingly offer themselves—praise the LORD! . . . My heart is with Israel’s princes, with the willing volunteers among the people. Praise the LORD!” (5:2, 9, NIV, emphasis added). Are we, similarly, willing to step into God’s call for our lives?

What's Holding You Back?

As we take a look at the full scope of truth in Scripture, we’re reminded that there is an Enemy and his name is Satan. Scripture calls him the father of lies, and many times, Christians are listening to the lies of the Enemy. These lies tell you everything that you are not while you forget everything that God is. The father of lies probably lied to Barak and Deborah too! Today they may be lies like, “You don’t have an education,” “You don’t have money,” “You don’t have the wherewithal,” “You’re not married,” “You don’t have kids,” “You’re a divorcee,” “You’re bankrupt.” All of these lies from the Enemy can hold us back from stepping into God’s call for our lives. Remember: Satan knows your name, but he calls you by your sin. Yet God knows your sin and calls you by your name. We are children of the Most High God.

Bianca Juarez Olthoff is a speaker, writer, and TCW advisor who serves as the Chief Storyteller for The A21 Campaign. Connect with her at InTheNameOfLove.org or on Twitter at @biancaolthoff. This article was adapted from Bianca’s sermon at Mariners Church. Click here to watch the video of her full talk. Used with permission.