Find your future in Jesus.
Kelli B. Trujillo 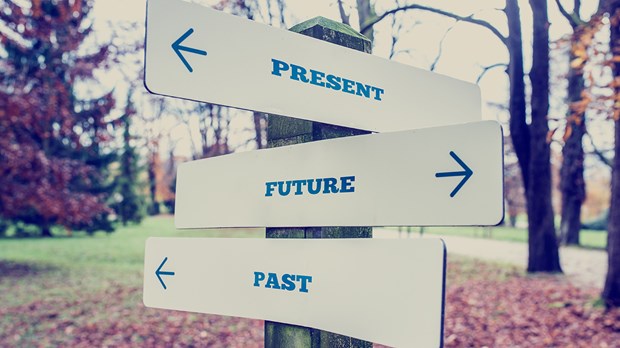 She had no say about spending the night with him. A young woman without any sexual experience, she was now one in a long line of women that, night after night, he slept with.

They hated him so much they wanted him dead. Older and stronger than him, they abducted him. Then—instead of killing him—they sold him into human trafficking.

A slave without rights, her married owner had sex with her on the side while his wife mistreated her. Eventually, after bearing a child, she was cast off to fend for herself.

She was manipulated by a man who was obsessed with her. Once he had her alone, he took her by force and raped her.

Day after day we read stories of victimization and violence—of the powerless being used and abused by the powerful. But the stories you just read aren’t ripped from the headlines; they’re drawn from Scripture.

It was young Esther who, alongside other sequestered young women, had to spend a “trial” night with the powerful King Xerxes (Esther 2).

It was Joseph whose older brothers stripped him, threw him in a pit, and sold him into slavery (Genesis 37:18–28).

It was Hagar who bore Abraham’s child, bore Sarah’s wrath, and was eventually abandoned in a desert with only a bit of food and water (Genesis 16 and 21:8–20).

It was Tamar who was raped by her own half brother, Amnon (2 Samuel 13).

For those who are survivors of abuse or other forms of victimization, there is a beautiful hope interwoven in these ugly stories from Scripture. It is a hope that says, though you may feel alone and abandoned, God sees you. Though it may feel impossible to understand why, God can yet work in and through your pain. Though it hurts immeasurably, God is close to you in your heartache. And ultimately it is a hope that says: your past does not define you.

In this issue’s cover story, Joy Beth Smith examines what it looks like for women to overcome abuse’s painful residue. And “I Was Raped” recounts a woman’s personal story of sexual assault and her long journey toward healing.

Whatever your past, it does not define you.