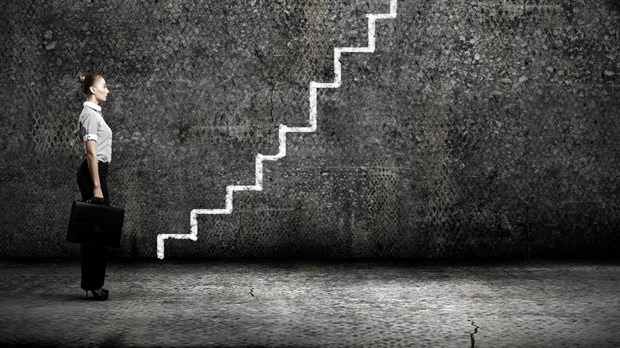 An “unforeseen situation” (indeed, an unimaginable situation) occurred on June 7, 1890, when a young woman at Cambridge University bested the male students in the mathematical examinations by thirteen points. These examinations were designed to challenge the finest minds the British Empire could produce. It was “the first and only time a woman ranked first in the mathematical examinations held at the University of Cambridge.”[1] Philippa Fawcett’s academic prowess shook the prejudices of the Victorian age. But it would never happen again, for shortly afterward the exams were discontinued.

In American academic institutions, “Women earn almost 60 percent of all bachelor’s degrees . . . 60 percent of master’s degrees, about half of all law and medical degrees, and about 44 percent of all business degrees.” [2] In many cases, they are outperforming male students who, for the first time, must compete with women for privileges and priority.

This seismic cultural shift is by no means restricted to the United States. Elsewhere female heads of state are not just a matter of wishful thinking. Germany, Ireland, South Korea, Brazil, Costa Rica, India, Bangladesh, Croatia, Slovakia, New Zealand, and Iceland are only a few of the countries that have already crossed that gender line.

Blame it on feminism, contraception, affirmative action, exploding technology, the Internet, or global warming, but make no mistake about it—the world has changed.

Shifting Gender Roles in the Church

The church is not immune to this tidal wave of change. Today’s churches are filled with successful Christian women who are climbing the corporate ladder and occupying leadership positions in a wide range of professions. More and more women are in the workplace by choice and calling—not out of necessity. Evangelical seminaries are producing gifted female graduates, and many are moving into all sorts of ministry and pastoral leadership positions. In this age of the Internet, some evangelical female bloggers have followings that surpass megachurch attendance. Young girls have ambitions and dreams that are different than those of their parents. Those dreams may include marriage and children, but they have other dreams as well.

This is not a new situation. The Bible contains plenty of “unforeseen situations” where women appear to outshine the men. These stories create enormous problems for interpreters because they violate the patriarchal principle that men lead and women follow. The power of these biblical narratives is intensified by the fact that these stories aren’t situated in an egalitarian Western culture, but are embedded in a full-blown patriarchal context where men are primary and hold the reins of power.

The classic “unforeseen situation” in the Bible is the Old Testament story of Deborah, Barak, and the mallet-wielding female, Jael, who drove a tent peg through the head of Israel’s sleeping enemy, General Sisera. The story is a gender minefield for those who seek to regulate the cultural rise of women. In this Old Testament narrative, women are the heroes, while the men (primarily Barak) draw a firestorm of criticism for being cowardly, spineless, and weak.

Debating gender camps are quick to take sides. Egalitarians view Deborah as one more biblical nail in patriarchy’s coffin. African scholar Tokunboh Adeyemo, who was born and bred in a thoroughly patriarchal culture, could not resist pointing out the countercultural implications of Deborah’s leadership role in this biblical story. “Despite living in a male-dominated culture, she served as head of state, commander-in-chief and chief justice.[3] Her achievement should put an end to debate about whether women can provide leadership.”[4]

Complementarians respond to the Deborah story by scaling down her significance and caricaturing her leadership as nothing more than a punishment for men—“a living indictment of the weakness of Barak and other men in Israel who should have been more courageous leaders.”[5] The inference is that Deborah would never have risen to power if men had been leading as God intends. Deborah, they insist, is an exception to the rule and “a special case.”[6]

All to often, Barak becomes the red-faced poster-child of cowardice, the icon of diminished manhood, a casualty of patriarchal standards of what it means to be a man. The entire narrative becomes a potent opportunity for chastising men for failing to man up.

The Holy Triumvirate of Two Women and a Man

Something is terribly out of whack here. The biblical narrative contains not the slightest whisper of criticism for any of the three leading characters. Not a murmur! Not here or anywhere else in Scripture. To the contrary, this triumvirate of two women and a man are honored and praised to the heights. Critics, it seems, have gotten caught up in the contemporary gender debate and lost sight of the Bible in the process.

The Bible doesn’t caricature Deborah as a “fallback” for failed male leadership. The fact that she appears at the beginning of Judges situates her as one of the strongest and best of Israel’s judges. Her deep theological words are memorized in the Song of Deborah.[7] According to traditional interpretations, Deborah, like Moses, judged disputes among tribal elders.[8] Like Samuel, she combined the twin callings of judge and prophet.

As for Barak, Scripture nowhere intimates that Barak is a wimp, a coward, or weak in faith. In fact the opposite is declared—and this surely must be factored into how we view the so-called weak-willed general of little faith. Barak’s name is emblazoned in the Bible’s Hall of Fame. Hebrews 11 heralds Barak as a champion of faith along with the likes of “Gideon, Samson, Jephthah, David, Samuel, and the prophets” (which includes Deborah).

Reading the story, it is difficult to avoid Deborah’s heroic leadership over Israel, Barak’s valor in battle, and Jael’s courageous tent-peg termination of General Sisera—unless, of course, one comes to the biblical text with a prior agenda. Together these three are Israel’s praiseworthy deliverers.

God in the Margins

One of the inevitable consequences of reading the Bible through a gendered lens is that God is shoved to the margins. He is reduced to a sidebar: issuing orders via Deborah and showing up on cue to deliver the needed miracle.

This narrative does not demean or scold men as wimps or diminish women as second-string quarterbacks. Rather, it contains the hope-filled promise that God hears the cries of the oppressed and assures us that the darkness will not ultimately prevail.

The central issue in this story is not gender roles or male versus female but an issue we face every day in the battles God is calling us to fight. Can we trust God and stay in the battle for his gracious kingdom when the world seems to be coming apart at the seams and new headlines pour in of another beheading, the outbreak of another deadly virus, one more school shooting, another article about girls and boys lured into human trafficking, more reports of injustice and violence on our streets, or abuse in homes and churches? Is God in this battle with us or not? Can we trust God on those days when we don’t even want to get out of bed because of the insurmountable personal challenges we’re facing?

Like Barak, even the most seasoned believers need fresh fuel for faith and hope to thrive despite an onslaught of bad news. This battle sends a timeless message of hope in God who is in the battle with us and will ultimately prevail.

Barak’s battle wasn’t over with the rout of Sisera’s army. As Israel’s general, Barak cannot rest easy so long as Sisera is alive. When Barak enters Jael’s tent, sees Sisera lying dead at her feet, instead of feeling cheated of glory, Barak’s faith in Yahweh is catapulted to a whole new level. No wonder he joins Deborah in celebrating the surprising and humanly impossible victory that Yahweh has won.

1. Mike Dash, "The Woman Who Bested the Men at Math," Past Perfect Blog, August 19, 2011, www.smithsonianmag.com, http://blogs.smithsonianmag.com/history/2011/10/the-woman-who-bested-the-men-at-math/#ixzz2kMvQJWZg.

6. Thomas R. Schreiner, "The Ministries of Women in the Context of Male Leadership: A Survey of Old and New Testament Examples and Teaching," in Recovering Biblical Manhood and Womanhood: A Response to Evangelical Feminism, ed. John Piper and Wayne Grudem (Wheaton, IL: Crossway Books, 1991), 216.