The memo our culture seems to have missed
Erin Davis 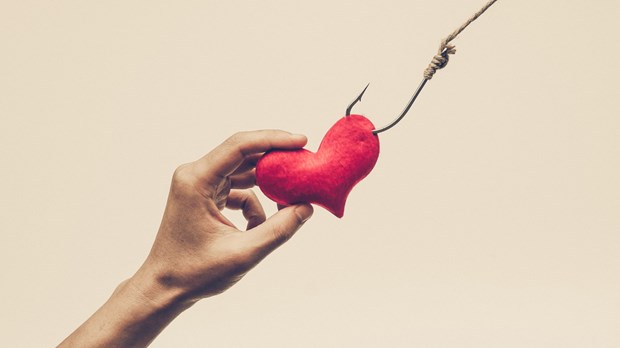 What do these three women have in common?

Did you guess tragic deaths? That would certainly be true. Were they public figures with secrets in their private lives? Maybe. Are they among the world’s most beautiful women? I’d say so, but that’s not the connection that interests me most. These women were loved. Very, very loved. They had huge fan bases and their names up in lights and paparazzi waiting in the bushes to give the world more of them. Yep, these women were loved, but would they have traded in all the love in the world for a chance to be known instead? If I were a betting gal, I’d go all in on answering “yes.”

Let’s use Whitney as an example. Her hits like “I Wanna Dance with Somebody” and “I Will Always Love You” would be on the soundtrack for my life, for sure. Her career spanned three decades. She sold more than 200 million records. She holds the Guinness World Record for the most awarded female act of all time. Yes, Whitney Houston was loved. But she died alone in a hotel bathtub.

How about Marilyn? She was one of the biggest stars of all times. Loved and desired by generations and yet she, too, died alone, found dead in her bedroom by her maid.

Princess Diana was The People’s Princess. She was killed when the paparazzi’s desire to feed the public’s craving for more of her resulted in a tragic crash. Was it the people’s love that eventually killed her?

These graphic images illustrate an important reality—there is a difference between being known and being loved. All too often we hang our hopes on the wrong hook.

I was just about to start cooking supper when my mom called out of the blue.

“Can we come pick up the boys and take them to the movies?”

Hot diggity! My night just got a lot more interesting!

Jason and I waved goodbye to our three boys and hopped in the car. Where were we going? We didn’t know. What would we do when we got there? Who cares! We were kid-free and ready to party. Don’t get me wrong, we love our kids, but life with three small boys isn’t exactly conducive to romance. There are always messes to clean up, fights to referee, snacks to dish out. It seems that we go days without ever talking about more than who will handle pick-ups, drop-offs, baths, and bedtime stories. That’s why, when we get a little time together, we always default to one of our favorite games. As we cruised the back roads, giddy to be in a vehicle without car seats, Jason and I settled into a familiar rhythm.

Jason: Musician you most want to see in concert?

He already knows the answers to the questions. He’s been asking them for decades. But every question is like a love note that says, “I know you.” Few people have known me longer than he has. No one has known me deeper. But I need the reminder that I am known. He needs reminded of the delight found in the knowing.

Hallmark’s got it all wrong. Being known is far more romantic than being loved. Unfortunately, that’s a memo our culture seems to have missed. We’re obsessed with being loved. We think admiration, adulation, and applause is the be-all and end-all. I’m not saying that love doesn’t matter or that we don’t need it, of course we do. But love is cheap. Knowing is the good stuff we should all be after.

Sometimes, we are lonely because we are so wrapped up in loving and being loved that we miss the opportunity to know and be known.

Sometimes, we are lonely because we are so wrapped up in loving and being loved that we miss the opportunity to know and be known.

No. That wasn’t a typo. I wrote that sentence twice because I want it to permeate your heart. I want you to realize that being loved is not the same as being known. Just ask Whitney, Marilyn, and Diana. Love is based on what you can do for each other and what you look like when your best foot is pointing forward. Knowing and being known only happens when we allow the roots of our relationships to grow deep.

God is in the business of making himself known. It’s a truth written all over the Bible. Here are the highlights.

If you’re like me, you tend to race through bulleted lists like that, but I encourage you to go back and read that list slowly. Let your mind land on this radical truth—the God of the universe lets me know him.

After you’ve picked up all the pieces of your brain from that mind-blowing truth, consider this—the God of the universe knows you.

In many ways, Christianity is a lifelong study of God, but when it comes to us, he’s already done his homework. He knows you intimately. He knit you together and then studied his handiwork. He invites you to weave your story into his.

When Jason works to know me better, I recognize it as a sweet gift. How lucky am I to have found a man willing to mine my heart for decades? (He’s mine. You cannot have him.) If you find yourself chronically lonely, you might be missing something huge! That same sweetness can be found from God. He knows you. He invites you to know him in return.

Erin Davis, a popular speaker, author, and blogger, has addressed women of all ages nationwide and is passionately committed to sharing God’s truth with others. She is the author of several books including Connected, Graffiti, Beyond Bath Time, and the My Name Is Erin series. This article was excerpted from Connected: Curing the Pandemic of Everyone Feeling Alone Together. Copyright © 2014 by Erin Davis. Used by permission of B&H Books.