It's time to tell her the truth about the marketplace.
Hannah Anderson 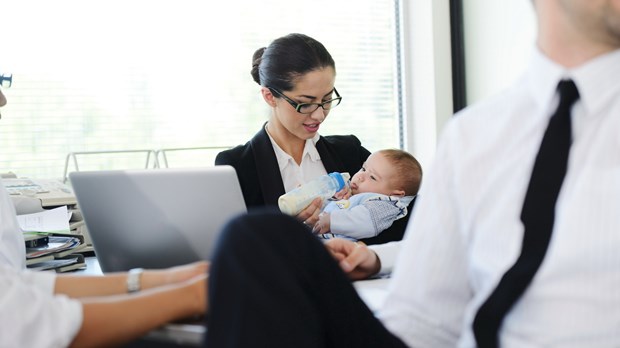 Mommy, do you think I would make a good architect?”

My 11-year-old daughter posed this question as I was speeding down a country road, late to an event at the church my husband pastors. It’d been a busy day, as they all seem to be, and instead of feeling a burst of pride I felt a sense of sadness. Channeling my own inner work-life balance conflict, I imagined my brown-eyed girl growing up to become one more cog in the wheels of an unforgiving marketplace.

I knew her well enough to know she’d be the type to “lean in.” She’d work hard, get exceptional grades, and be accepted into a good college. Once she graduated, she’d enter a master’s program and eventually be recruited by a top firm, and then she’d spend the next decade putting in long hours to secure her place in an increasingly competitive field. All during the same years her body would be telling her to settle down, get married, and have children.

The irony of my sadness isn’t lost on me. After my daughter was born, I devoted myself exclusively to homemaking and providing care for her and her two younger brothers. But six years in I realized that my children needed more from me than caregiving—they needed a role model for fully-formed womanhood. Through a process of prayer and introspection, I realized that for me this meant pursuing work as a freelance writer. As I worked part-time from home, I could adjust my schedule to fit my family’s needs, and I quickly found writing to be tremendously satisfying.

But then something unexpected happened: My career picked up steam. Today, five years after those first hesitant steps back into the marketplace, I travel as a women’s event speaker, co-host a weekly podcast, and currently I’m working on my second book. I continue to work from home and still consider myself first and foremost a caregiver, but if I’m honest, my attempts to “do it all” often feel like “doing nothing well.”

In her recent book Unfinished Business, Anne-Marie Slaughter, the CEO of the New America think tank and a former Princeton dean, tackles the questions of how work and family intersect. The book is the result of her 2012 Atlantic cover article “Why Women Still Can’t Have It All”—an article that I printed out (all 41 pages), highlighted, and randomly quoted to friends, family, and strangers.

The impetus for both her article and book was Slaughter’s own struggle to reconcile the competing human desires of care and competition. As she writes, “Competition produces money. But care produces people.” Slaughter’s own resolution came in 2011 when she intentionally scaled back her work for the sake of her family, despite a promising foreign policy career under Secretary of State Hillary Clinton.

But rather than downplaying her choice as simply something she “needed to do,” Slaughter asserts that the American marketplace is broken. When women and men are forced to choose between contributing to the broader society and cultivating their homes, when opting to provide care for loved ones is seen as a bad career move, and when women (who have traditionally done the majority of caregiving) suffer a “motherhood pay gap,” something must change.

Unfortunately, for a generation of women raised to believe that with enough hard work they can have it all, the bias against caregiving can come as a surprise. Slaughter suggests that we haven’t lied to our daughters so much as we’ve only told them half the truth about themselves and the marketplace. For example:

• “You can have it all if you are committed enough to your career . . . and you get lucky, put in enough face time at the office, and have a strong support network to care for your children while you’re working.”

• “You can have it all if you marry the right person . . . who is willing to defer his career for yours.”

• “You can have it all as long as you sequence it right . . . and don’t encounter any unexpected challenges like infertility, a child with special needs, an inflexible employer, or a sick relative that needs care.”

Whether Slaughter realizes it or not, these opposing forces of competition and care mirror the two emphases of the Creation Mandate as expressed in Genesis 1:28. After God created the woman and man in his image, he commissioned them to go into the world to “be fruitful and multiply. Fill the earth and govern it.’” And with these words, God called both the man and women to reproduction and cultivation. In Slaughter’s terminology, he called them to caregiving and competition.

While it’s common in our society for these two impulses to be isolated from each other, each relegated to a separate sphere, in God’s vision for the world, the callings to be fruitful and multiply and to exercise dominion are not separate impulses. They are bound up in each other—just as men and women’s success are bound up in each other. To be fully human means to be engaged in both caregiving and competition. To be fully human means to learn dependence on each other in this complicated, beautiful give-and-take of home and marketplace.

I have no way of knowing what my daughter’s future holds—whether she will be an architect or mother or both. But I do know that her future cannot be reduced to just her career in the marketplace, so that’s exactly what I told her as we drove down that crooked country road.

“I do think you’d make a good architect. You’re smart and creative and a good student. But your future isn’t just about the job you do. It’s about the relationships you have, the things you get to experience, the places you go, and the good you do for other people. You and God are going to have to figure out what that looks like together.”

A good lesson for all of us: We need to stop trying to “do it all” and simply pursue life as multidimensional, fully-formed image bearers. Sometimes that might mean bucking the system to stay home to invest in the people closest to us, and sometimes it might mean changing the system entirely.

Hannah R. Anderson lives in Roanoke, Virginia, with her husband and three young children. In the in-between moments, she is a freelance writer and blogs at sometimesalight.com. She is the author of Made for More: An Invitation to Live in God’s Image (Moody, 2014). You can follow her on Twitter.