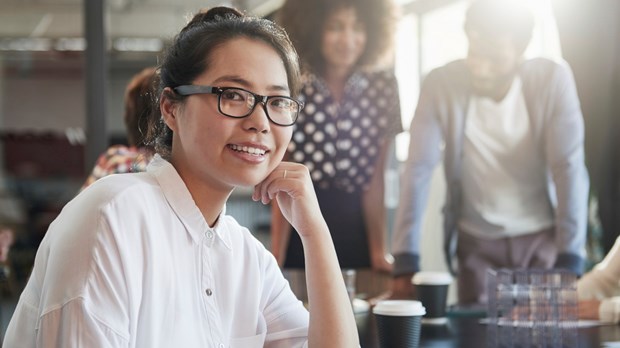 Disneyland: the “Happiest Place on Earth.” Living in Southern California, and thanks to the generosity of her grandparents, my daughter, Julia, and I have filled a mental scrapbook of Disneyland memories spanning over a decade.

A school holiday found us standing in long lines to ride all the roller coasters. Windblown hair, sore feet, and hoarse from screaming, I looked forward to enjoying our traditional final stop of the day: the ride It’s a Small World.

We were seated in the first row. We laughed and threw our hands in the air and let out a “woohoo!” when the boat moved off the track and slipped into the water. We drifted into the tunnel and then into the magical world of 300 dolls singing the song that seemingly never ends. Behind us was a Caucasian mom with her preschool-aged daughter. I overheard her explain clogs to her daughter as we passed Holland. We saw Alice, Cinderella, Big Ben, and Italy—and all the while the mom behind us pointed things out to help her daughter learn and understand what she was seeing about the world.

To know God through knowing his beauty and creativity expressed through all peoples, cultures, languages—this opens our small world to so much more.

The peaceful ride wound around and through another brief tunnel into the Middle East and Asia section. The explanations behind us completely stopped until Mushu, the dragon from Mulan, was spotted by the Chinese firecrackers. The ride took us through Africa and Latin America and then through the South Pacific and Australia. Unlike our tour through Europe, the mother behind me also had little to say about these other regions of the world.

Then it struck me.

Hundreds of times I’ve sat in this boat, bobbing my head back and forth like the singing dolls, but I never noticed that the ride, created to illustrate the whole world, presented a primarily white, Western, Euro-centric world. A full three minutes of this eight-minute ride focused on Europe. The Middle East, Asia, Africa, and Latin America were all covered in 30–45 seconds each.

I felt sobered. Then aggravated.

I’d experienced these feelings before. For example, I’ve felt frustrated that none of the elementary school biography reports offered options for my kids to study historical heroes who shared their same skin tone. The library shelves brim with thousands of books, but only a small handful of authors who look like my kids pen the books found there or on Amazon or in the local bookstore. Caucasian authors write 88 percent of the books reviewed by The New York Times. I wonder who the Asian-American role models are for my sons and daughter. Rarely have they been exposed to leaders who look like them.

When my oldest son needed to pick a foreign language for the International Baccalaureate program at his high school, he wanted to study Japanese but was prevented from taking it. The school only offered IB exams in French, German, and Spanish. Both my sons have devoted an entire year of high school studying AP Euro (Advanced Placement European History). The history and geography taught in our schools centers on Europe and the immigration experience in the United States of Europeans. Like the mom in the row behind us, in our schools we seem to teach what we know, yet we miss so much of the actual world.

Walt Disney, when asked about the ride It’s a Small World, explained his vision for the last section of the ride: to show the children of the world living together in peace.

During the final section of the ride, all the dolls were dressed in white clothing, with a cloud-white, glittery backdrop. The dolls sang and danced together intermingled. Similar to the dominant teaching of a primarily Western, white history in the school system, the dolls in the final section of the ride looked like the rest of Disneyland characters—a majority of the dolls represented European descent with a smaller proportion of dolls with a different skin tone.

I thought about the world’s current population. More than seven billion people populate our planet. According to the United Nations’ World Population Prospects: The 2012 Revision, 60 percent of the world’s population is found in Asia, and 24.1 percent is in Africa and South America. If the ride reflected actual cultural and ethnic breakdowns, 100 of the dolls would be from India and China alone. Only 5 of the dolls in that final section would be Caucasian.

Walt Disney, when asked about the ride It’s a Small World, explained his vision for the last section of the ride: to show the children of the world living together in peace. As Christians, we share the same vision of a time when this beautiful picture will come to pass. I’ve always thought of the final portion of the ride, with all the dolls dressed in white clothing, as a glimpse of heaven: “A great multitude that no one could count, from every nation, tribe, people and language, standing before the throne and before the Lamb. They were wearing white robes and were holding palm branches in their hands” (Revelation 7:9, NIV, emphasis mine).

From early on in Genesis, beginning with the Abrahamic covenant in Genesis 12, God has repeatedly expressed his heart and intention throughout Scripture to bless all the families of the earth (Genesis 12:3). Jesus’ Great Commission calls us to make disciples of all the nations—all ethnic groups—in Matthew 28:19. God’s heart remains unchanged as he waits to return. “And the Good News about the Kingdom will be preached throughout the whole world, so that all nations will hear it; and then the end will come” (Matthew 24:14, emphasis mine).

Do you desire to grow in this area? Or do you want to dig deeper into these issues? Here are some life-application ideas and resources:

The Need for Cultural Exposure

While I respect, appreciate, and have grown through learning from them, I can’t help but wonder: How much do I miss of the actual makeup of heaven and of the actual heart of God because I have not learned more from women and men who are from the rest of the world?

The Western, Caucasian church has much to learn and gain through exposure to and understanding of cultures that emphasize group over individual and interdependence over independence. Our view of Scripture becomes more robust as we engage with people who operate with different cultural values—often more in line with the cultural values of those who wrote the Bible. We teach out of who we are and what we know, just like the mom on the ride sitting behind me. Our view of God and his heart, his character, and his ways grows in texture and depth as we interact with his image bearers who come from different worlds ethnically, politically, socio-economically, and geographically.

To know God through knowing his beauty and creativity expressed through all peoples, cultures, languages—this opens our small world to so much more.

Vivian Mabuni joined staff with Cru 25 years ago and currently serves on the Epic National Field Ministry Team (the Asian American ministry of Cru). An international conference and retreat speaker, her first book, Warrior In Pink: A Story of Cancer, Community and the God Who Comforts (Discovery House Publishers) released in April. Vivian has been married 23 years to her husband, Darrin, and is a mom to three wonderful kids, Jonathan (21), Michael (17), and Julia (12). Connect with her at on Twitter, Instagram, or on her website VivianMabuni.com.