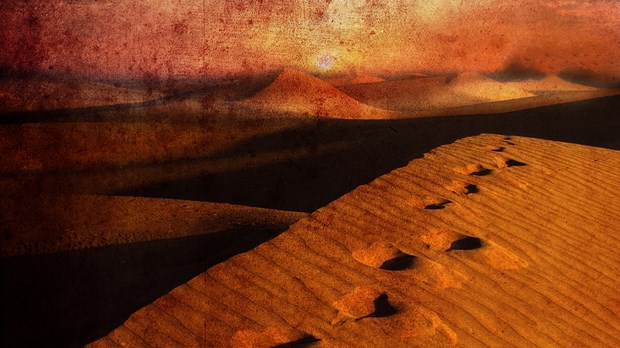 Confession: Though I have made a handful of attempts to read the Bible all the way through, the book of Numbers gets me every time. Whenever I crack the book open, I inevitably find myself skimming through it, my mind wandering as the numbers and names start swirling around the page. Yet each time I attempt it, I dive in further, exploring the stories dotted throughout the book.

When we look closely at Numbers, we can find incredible stories of spying, uprisings, and the appointment of new leadership. Amid some of these better-known stories, there is one that’s greatly enriched my soul. Tucked in between a census and instructions for the offering lies a story for women that’s just waiting to be engaged. Numbers 27:1–11 describes the actions of five women who dared to challenge the law in order to increase the rights of all women.

Mahlah, Noah, Hoglah, Milcah, and Tirzah were the daughters of a man named Zelophehad. Upon his death, by law, all of his possessions would go to his son, except Zelophehad had no sons. The only legal alternative was for the inheritance to be given to another male family member—perhaps an uncle or cousin.

The sisters had been raised in the wilderness, excited for the day when their community would reach the Promised Land. However, with the passing of their father, there would be no inheritance for the sisters. The Promised Land held very little promise for them.

Rather than silently bemoan their fate, the women went to work. Banding together, they went to the tabernacle and pled their case before Moses and all the leaders of the nation. Instead of deciding in that moment, Moses took the case before God. In response, Moses received this word from the Lord: “What Zelophehad’s daughters are saying is right. You must certainly give them property as an inheritance among their father’s relatives and turn their father’s inheritance over to them” (Numbers 27:7, NIV).

The sisters won their case! Their father’s inheritance would not skip over them. This was a major victory, not only for them but for all the other women who could find themselves in the same predicament. God changed the law on behalf of women because of the voices of women.

Of course the property rights available to women because of the sisters’ efforts were still not fully equitable. The right was only available if there weren’t male heirs. Yet it cannot be denied that this step toward equality must have had major ramifications in the hearts and minds of the people of Israel. These five sisters join the ranks of other strong biblical women like Deborah the judge, Jael the warrior, Lydia the entrepreneur, and Priscilla the early church leader. Mahlah, Noah, Hoglah, Milcah, and Tirzah won a legal case for the inherent value of women.

A Legacy of Fighters

Their audacious action to seek greater equality reverberates throughout history. Joining their legacy are a host of women who have demanded greater access to education, relief from various forms of violence, expansion of health services, release from harmful cultural practices, increased voting rights, and equal economic opportunities. Women continue to join hands to uplift other women around the world. For example, consider Nobel Peace laureates Jody Williams, Shirin Ebadi, Wangari Muta Maathai, Betty Williams, Mairead Corrigan Maguire, and Rigoberta Menchú Tum. Though from different cultural and religious backgrounds, these six women banded together to form the Nobel Women’s Initiative in order to protect and support women around the world.

Of course, most of us don’t have a Nobel Peace Prize, but what could we do in our church, neighborhood, state, or even our country if we banded together with our sisters? How might we be able to impact the lives of others, not as individuals working in isolation but as a community of women fully awakened to the injustices of the world? What might be possible if we really believed we could make a case for equality?

In this day when in many countries around the world women are still being barred from education, maternal care, economic opportunity, and voting rights, may we find the courage of the daughters of Zelophehad. May we join our sisters to speak truth, to empower, and to inspire change.

The Arduous Road Ahead

One of the things I love most about this short account in Numbers is that Moses wasn’t the deciding factor in the case. It was God who slammed down the gavel, expanding the rights of women by declaring clearly to Moses, “What Zelophehad’s daughters are saying is right.” God is for our protection. God stands on the side of justice.

While this was a great victory for the sisters and all women of the Hebrew nation, it did come with complications. We discover later in Numbers 36 that this ruling proved to be contentious as the ramifications unfolded, impacting specific tribes and families. Yet rather than take away the right God established, new instructions and protections were provided. The women received an inheritance, and all women retained their right to inherit property established in chapter 27.

Like the unforeseen complications that arose for these sisters, working to expand rights and opportunities for women around the world is not always easy. All the women who inspire us have walked a road fraught with difficult decisions. But we must believe ourselves capable of addressing these complications along the way. We are creative and strong, bold and committed. As we band together, we must trust God, who ultimately cares about these issues more than we ever could. We can embrace the work wholeheartedly, knowing that it is good. Following the example of Zelophehad’s daughters, may we always be willing to seek justice, no matter the cost.