Brené Brown claims our vulnerability reveals our courage. It also reveals our faith.
Kelli B. Trujillo 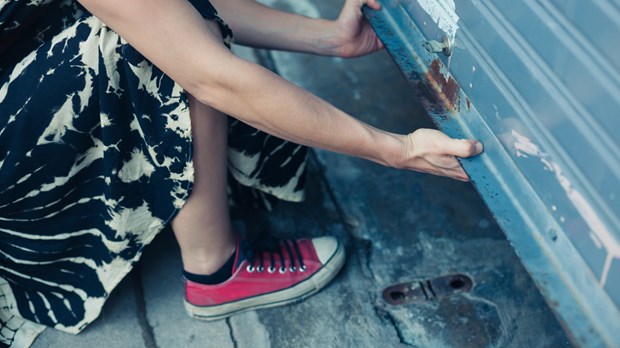 21 million: That’s the number of times researcher Brené Brown’s TED talk, “The Power of Vulnerability,” has been viewed. That’s right: 21 million. Why has her lecture on “vulnerability” become a global phenomenon? Because it resonates with many of our own insecurities, fears, and deep desires.

The author of the Rising Strong and the bestseller Daring Greatly, Brown posits that the distinguishing trait of people who have a healthy sense of self-worth is that they have “the courage to be imperfect”—they are authentic and embrace vulnerability. After 12 years of research on the topic, Brown concludes, “I've come to the belief . . . that vulnerability is our most accurate measurement of courage—to be vulnerable, to let ourselves be seen, to be honest.”

Vulnerability—which sure looks and feels an awful lot like weakness—is in fact courage in disguise. And, outside of the TED stage, it’s a form of courage we also see powerfully throughout Scripture. Consider these three biblical women who epitomize the power of vulnerability.

The unnamed woman in Mark 5 constantly bled for 12 years, yet she pressed on despite her hope being dashed countless times. Physical torment wasn’t her only burden; her ailment rendered her religiously “unclean.” She was, in essence, an untouchable—shut out from even the life of faith, an outcast for more than a decade.

Yet somehow she clung to hope. When everything in her life told her no, give up, it’s over, surrender, she still believed, “If I can just touch his robe, I will be healed” (verse 28). In her desperation, she reached out to touch Jesus. Miraculously, she was healed.

Martha, in grief and confusion, honestly spoke her mind to her close friend Jesus after he’d been a no-show during her brother Lazarus’s illness and eventual death (John 11:1–45). When Jesus finally arrived, Martha offered him no greeting, instead cutting right to the chase: “Lord, if only you had been here, my brother would not have died” (verse 21). Even though she believed in Jesus (verses 22, 27), Martha didn’t hide her bewilderment under a guise of well-mannered faith.

The Samaritan woman at the well dared to face her own shame—and let others see it too (John 4). Jesus called her out on her scandalous past and present, but he also offered her grace and truth. She immediately went to tell others—and she did so by pointing right toward “everything I ever did” (verse 29). She risked relying on grace, authentically and publicly addressing her own guilt and brokenness in her honest testimony about Jesus.

It takes courage to live in vulnerability like this—to speak with gutsy honesty, to lean into God’s unconditional love. In this issue’s cover story, Nicole Unice unpacks how we can “Be Brave Enough to Accept Grace.” We’re exploring other forms of courage too, such as the moxie it takes for women to speak with their own voice, the resolve to drop the “perfect mom” façade, and the determined love it takes to come alongside another in her own desperation and grief.

The Christian life takes real courage—and it’s often courage in disguise. It’s vulnerability and authenticity; it’s the bravery to face (and not hide) our own weaknesses. “My grace is sufficient for you, for my power is made perfect in weakness,” the Lord told Paul (2 Corinthians 12:9, ESV). Are you feeling desperate and vulnerable? Then you’re right where you need to be.