Feel isolated? Here’s how to fight it.
Renee James 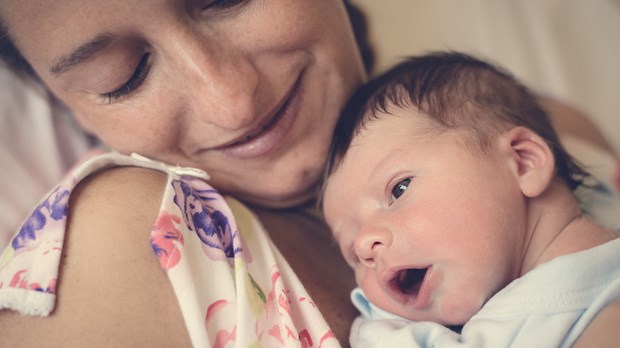 “Find your tribe,” my doctor said while she examined my ears and throat. I’d drummed up the courage to tell her how hard all this mothering work was—work that threatened to drown me even on the good days. She leaned in. “You need to be with women like you.”

This modern buzzword, tribes, is defined by best-selling author Seth Godin as “a group of people connected to one another, connected to a leader, and connected to an idea.” Godin points out that throughout our history, “human beings have been part of one tribe or another. A group needs only two things to be a tribe: a shared interest and a way to communicate.”

Now, all of this sounds easy enough, but where in Toronto would I find another woman like me who began each day wondering what on earth she’d done having her first (and only) baby well into her forties? I didn’t want to take my doctor’s advice. It scared me. What if I found out I was truly alone, adrift on a sea of blood clots, tears, and colostrum, not knowing which direction I faced or where home truly was? But I knew something had to give.

Every Mom Needs a Tribe

I have never felt more alone than during my pregnancy and in my new life as a mom. For 36 weeks of pregnancy I’d lived in fear: fear of this all-too-late baby growing in my core, with or without my help, really. Fear that my faith would crumble. Fear that I’d find out that God had really abandoned me—abandoned me to cope with a baby who had developmental disabilities just like I thought he’d abandoned my mother who’d given birth to my brothers, one with severe autism and another with Down syndrome.

Then, once Christopher arrived, those 36 weeks of prenatal fear morphed into days and nights of “fasting”—learning to live with the reality that my hours were no longer my own. I had to make room for Christopher, and that meant giving up the timetables and routines that previously had my attention. Fasting is a funny discipline. You choose to deprive yourself of something in order to gain a larger perspective, an understanding of who you are in the grand scheme of things: God’s daughter, seen, known, and loved. But I hadn’t chosen this fast. Far from making me feel the nearness of God, this fast had narrowed my vision and leached away the control that had made me . . . me. My world now measured 21 inches long, weighed six and a half pounds, and nursed every three hours. My universe had shrunk, and somehow its very smallness forced me to confront how little control I had over what really mattered.

“Find your tribe.” My doctor’s words echoed through the hollow that fear and fasting had scooped out in my heart. But could there really be other women who were just as frazzled, confused, overwhelmed, and exhausted as I was? Four months later I decided to give the Toronto Public Health program for mothers and babies a try.

There I met Hagar. She was my age, my background, and a first-time mother of a baby boy. Unlike me, she had perfect skin and dressed herself and her house with precision and flair. Yet I knew when we swapped phone numbers that I’d found the first member of my tribe. In fact, Hagar was the only member for months, and that was okay because, finally, I wasn’t alone. Hagar understood what it was to wonder if her middle-aged body would be able to keep up with the demands of breastfeeding, never mind the rigor of preschool and elementary days. Like me, she worried about time: We only had enough years left to get our mothering right the first time. “Do-overs” were for younger mothers who had 10 or more years on us.

1. Pray. Ask God to help you be specific about what you need and the women you need to meet.

2. Look for tribe members at church, in your neighborhood, at the library, at parenting programs, at the playground or park—wherever you may meet other mothers.

3. Keep an open heart. Kindred spirits may not look, talk, or parent in the ways you’d expect.

4. Trust the process of simply reaching out and connecting. Community is about people and relationships, not programs or DIY projects.

5. Respect the diversity of your tribe.

6. Remember the why: You need the tribe as much as its members need you.

In the years since I met Hagar, I’ve found other kindred spirits. These days my tribe has expanded to include two neighborhood mothers, Christine and Deana, both of whom are six-plus years younger than me. And then there’s Andrea, whom I hired to be our church’s office manager. There’s also Sheila who visited us a month after we’d come home from the hospital with Christopher, unloading homemade currant scones, boiled Irish bread, and Moroccan chicken casserole onto our kitchen table.

Shirley was part of my tribe, too, until she moved. Well into her seventies, she’d come over and babysit Christopher in a pinch when I had to make a deadline. A pioneer of sorts, Shirley had her first daughter when she was in her forties (having a baby “late in life” was unheard of at the time). Shirley never talked about the loneliness of those days, but I’d feel it in the quickness with which she’d come over to stay with Christopher. She’d already lived my crazy days and hazy nights.

I truly don’t know the type of mother—never mind Christian—I’d be without my tribe.

The Benefits of a Tribe

My tribe of honest friends reminds me that I’m never alone. Lost sleep, meltdowns, tantrums, and nervous breakdowns don’t only happen to me (or Christopher). At one point, Andrea’s four boys were all under the age of six. Christine, a mother of two children with special needs, parents as a single mom, widowed by her husband’s heart attack. And Deana lives on the learning curve that comes with mothering a child with ADHD while dealing with depression. These kinds of relationships can reassure you of how normal your experiences are—and that’s a significant comfort.

My tribe also teaches me that keeping relationships rich and real requires that I let go of the illusion I’d held all those pre-mothering years ago that life (including my ministry) was all about me. My tribe reminds me to take the risk of opening up my heart and giving my time to others. Hagar and I meet every month to share a meal with our two families. We talk about what it means to maintain a marriage, deal with work politics, take care of aging parents who live “back home,” and make connections with other neighborhood parents—even when we don’t want to. And once a month I meet with my friends Christine and Deana to talk about God and discuss Scripture. We listen to the Word, we may cry, and we always pray. Each word we share about the crises and challenges in our homes lets out a little more of that hot pressure we feel to get it right, to perform, to mother with relevancy and power. This kind of camaraderie can remind you that saving face in front of friends is much less important than living life in community.

Ultimately, my tribe reminds me that even though I have a hollowed-out heart that misses those pre-Christopher timetables and routines, that heart gets to be filled with the most unexpected of gifts. But I don’t receive that gift until I embrace the holy limits God’s placed around me. I only get the same 24 hours a day every mother does, and my body needs sleep. It’s nonnegotiable. I am a better mother and friend when I am well rested.

But even more than sleep, I am learning how much I need that community. I need my tribe of fellow moms or I will self-destruct. For it’s only in their company that I can receive and open the wondrous gift of visibility they have given me. With them, I am seen. I am known. And despite all that, I am still loved.

My tribe has given me a home.