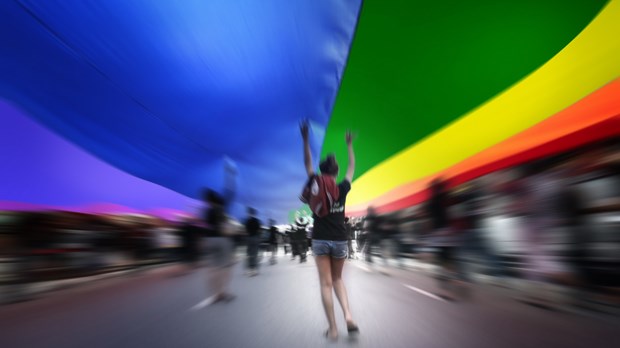 The reality is that some of our own kids or other children we love will experience same-sex attraction or struggle with gender identity. “We have to make our homes safe places for them to share what they’re feeling or experiencing,” Dorothy Greco, a Christian writer in Boston with three sons ages 15, 19, and 21, says. “Too many Christian parents reject their kids when they come out or express an inner conflict. This is egregious.”

For kids trying to understand gender dysphoria, Stan Jones, provost of Wheaton College and professor of psychology, say it’s important to begin by explaining that for some people, their biological reality doesn’t match their psychological reality. “But the question is, ‘What did God intend?’” he says. “God intended for there to be two types of humans, male and female, and that’s the creational design. By God’s design we are embodied creatures, and we are, in part, our body, but we are also more than our bodies.”

Jones notes that for the majority of children manifesting some sort of gender confusion, research indicates that they will grow out of the confusion in the space of just a few years. “Skillfully and lovingly managed, parents can shepherd children through a good deal of this.” (For more on gender dysphoria, see this CT article.)

A compassionate reaction is paramount, says Deb Hirsch, the author of Redeeming Sexuality. “Our first response as believers is to love. Scripture (demonstrated particularly in Romans 5) presents God’s radical acceptance toward us no matter what we’re facing. I think that’s something for us to model. If we’re to be Christ’s people then we have to open our arms wide. That’s the radical love and acceptance of Christ.”