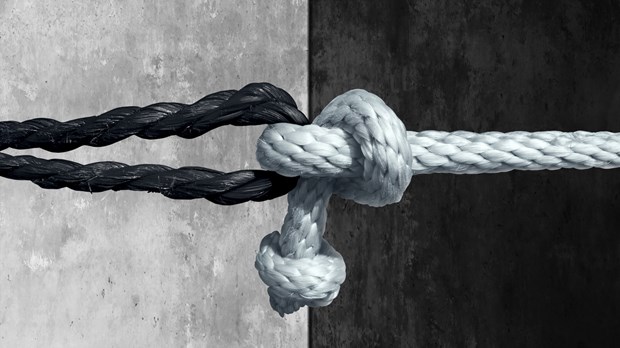 Years ago I facilitated an internship program with InterVarsity Christian Fellowship designed to provide Christian community development and urban ministry training for college students. For an entire summer, students from sundry racial, ethnic, socioeconomic, and political backgrounds lived together in Chicago. They worked as camp counselors, and tutors for inner-city children, and they had to shop, cook, eat, work, and worship in the neighborhood they served.

During the first week of the program I administered a pretest to establish a baseline for the group’s attitudes, knowledge, and skills in regard to race, ethnicity, and gender. All the students already valued cultural diversity and gender equality highly, and they all strove to be on their best “diversity behavior.” They used inclusive language and refused to tolerate any hint of racism. I remember one young woman who was very proud of the fact that she was the only white female in the gospel choir at her school. All of these students, in their own estimation, had already been reconciled.

Although this was impressive to my staff and me, we could see that it was ultimately superficial and we would need to dig a little deeper. So midway through the program, in an attempt to help them press further in, we took the group through an experiential learning exercise called the Race Reversal Fantasy. Little did we know that this exercise would prove to be a catalytic event for the group and nearly destroy the group altogether! The students were instructed to imagine themselves as a member of the racial group that they were least comfortable with. As they visualized this, they were guided through a typical day and asked to envision themselves in the life a person from the racial group they had chosen. As they progressed through their imaginary day they were asked to notice what their physical features were like, what foods they ate, how they spent their time, where they lived and what their family was like.

After the guided imagery was over, the students were given 3x5 cards and asked to answer questions based on their recollections of the experience. Their responses were anonymous, and we posted them around the room for the group to mull over. The stereotypical nature of many of the reflections caused quite a stir. Many of the students felt hurt, anger, bitter, and betrayed. After reading one of the responses, a black female student turned to face the group and shouted, “Who said this?” Everyone in the room froze.

The tension was palpable. One Korean student actually called her father and asked him to come get her. Some of the African American students from the community refused to spend another night with the team and went home. And several of the white students accused me of being racist myself, charging that I had chosen an exercise that was biased and unfair. It was a mess, and I went home in tears, convinced I had ruined the program and lost the respect of my students.

What I discovered that summer with the Chicago Urban Project was that this sort of disruption is an absolutely vital part of the reconciliation process. It’s important to be aware, however, that there are major power and safety dynamics that come into play when there is chaos. People need to know who is in charge and who will keep them safe. It’s a risky part of the process because people can be seriously hurt and they might want to get out altogether. I certainly experienced my fair share of anxiety with our group that summer! I was ready to throw in the towel. But then I remembered that stress is needed to overcome the resistance we naturally have to forming new relational patterns.

Edgar Schein, an organizational change specialist, posits that groups and organizations resist learning new patterns because it creates anxiety, and I think he is absolutely right. Schein points out the inherent paradox when he says, “Anxiety inhibits learning, but anxiety is also necessary if learning is going to happen at all.” Our group needed to be shaken up! It was necessary, and we pushed through to new and unexplored territory as a team because of it.

Chaos is a necessary stage in the community building process. It won’t last forever, but we can’t skip this part no matter how much we might like to pass over it. Chaos is counterintuitive and problematic because our human nature craves equilibrium and a sense of stability. This is normal. However, we can value equilibrium too highly. Human beings actually need disorder and a sense of disequilibrium in order to grow and change. We need chaos in order for transformation to take place. There is no new life without the disruption of chaos. In fact, it is the heart of the Christian faith to believe that life comes from death.

The particularly difficult piece is figuring out where to go with our anxiety and sense of disorientation. What’s next? Schein says that the key lies in our “ability to balance the amount of threat produced by disconfirming data with enough psychological safety to allow [us] to accept the information, feel the anxiety, and become motivated to change.” If a catalytic event occurs when there is little sense of safety, individuals and groups can experience a form of trauma that shuts down their creative capacity, and they will revert to a place of alienation and preservation.

Finding Our Way Past the Pain

Transformation requires disruption and a degree of chaos to increase the sense of urgency that change must happen. However, there must also be enough psychological safety that the chaos does not completely overwhelm our ability to reflect and recognize ourselves. A catalytic event will either push us forward toward transformation or tighten our tether to preservation. In my work as a consultant I have seen strategies that were stressful enough to create change but ultimately were not safe enough to allow people to form new patterns. On the other hand, I’ve also seen educational strategies that allowed safe spaces for open dialogue but did not create enough discomfort to push a group’s members beyond their old patterns of relating. There must be both!

The Chicago Urban Project students had hit a crucial point in their path to real community. Prior to the Race Reversal Fantasy exercise, the group was in what M. Scott Peck calls the “pseudocommunity” stage. In his book The Different Drum: Community Making and Peace, he explains that most groups begin with a safe level of interaction. The members rarely argue or disagree with each other, and relationships are characterized by friendliness, tolerance, and great care not to offend one another. That’s exactly where we were before the Race Reversal exercise! However, in order to move to a deeper and more genuine level of relating, our group had to experience chaos by expressing our differences and seeing each other’s imperfections.

The question now was whether they had the ability to go forward and experience genuine community or would choose to bail. Was it safe enough to move forward?

I called the group together the following day to regroup and debrief the exercise. I explained that what had happened the previous day was a good thing. Instead of seeing it as a catastrophe, I reframed it for my students as a catalytic event. I explained the disruption and the chaos, clarified what had happened, and gave it meaning. Now we could enter the emptying stage that follows chaos to produce constructive change. This is when each person “empties” himself or herself of the need to change or persuade anyone else. So we shared our thoughts, feelings, and opinions as a way to disclose our true selves. As each person risked this type of vulnerability, the group listened without passing judgement, seeking mutual understanding and respect. It was a long conversation, but ultimately the previous day proved to be a powerful catalytic event for the group. The students and I were revitalized to continue in our reconciliation journey and enter the realization phase.

So, you see, if we endure the shakeup we can experience true community with a new level of honesty and transparency that leads to personal transformation and social change. Catalytic events can be painful and disruptive, but they can also be harnessed for good to move us forward into reconciliation.

The Rev. Dr. Brenda Salter McNeil is an associate professor of reconciliation studies at Seattle Pacific University. She is an author, speaker, and though leader with more than twenty-five years of ministry experience in the field of racial, ethnic, and gender reconciliation.