Please, learn from all the questions I didn't ask.
Anonymous 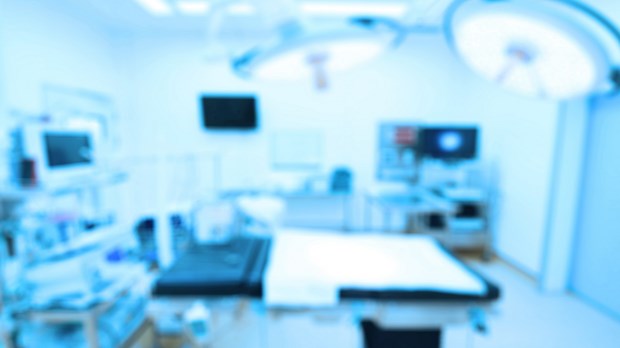 Statistics show that 70 percent of women walking into an abortion clinic say they have a church affiliation, and 27 percent attend church once a week. Startling numbers—but perhaps even more so is that one out of six women sitting in our church pews has experienced abortion. Here is one such story.

I became sexually active during my first year of college, after being pursued by a streetwise guy who smooth-talked me with his professions of love. I was a virgin and naive about the pitfalls of sexual activity outside marriage. We just didn't talk about those things in my family.

That guy melted my heart with flattery, and before I knew it, we were intimate. I wasn't a Christian, so I had no standards to guide me. Many of the girls in my dorm were sexually active and flaunted it by allowing their boyfriends to spend the night in their dorm room.

In this environment, without Christ, I didn't stand a chance. I was eighteen, easy prey for a guy who let his carnal desires dictate the course of his day. It wasn't long before I suspected I was pregnant—and scared beyond description.

But by 1976, the door to abortion was wide open. On the advice of my roommate, I went to a local medical clinic off-campus to have a pregnancy test done. Although I'd convinced myself my nausea and fatigue were from the flu, the doctor returned to the office. "You're about eight weeks pregnant," he said. Judging from my startled reaction, he asked, "Are you married?"

"No," I replied, tears streaming down my cheeks. I'll never forget the sad look in his eyes as he told me he was sorry, gave me a schedule for my obstetric appointments, and advised me to see my regular doctor.

The girl who had accompanied me to the doctor was casual about the news. It was evident she viewed this as a minor ripple on the big pond of life. "So, you're pregnant," she said with a shrug. "If you don't want to stay pregnant, get an abortion."

At the time, I didn't even know the meaning of the word abortion. After all, when Roe v. Wade was happening, I was fifteen years old, still untouched by sexual promiscuity. But after asking a few of my more "experienced" college friends, I was inaccurately told abortion was basically the "removal of the pregnancy." No mention of a baby, no mention of murder. They made it sound so simple that I made an appointment with an abortion clinic within a week of the positive pregnancy test. My boyfriend quickly came up with the fee. All I needed was a ride, which one of the girls in the dorm volunteered to provide. In a peculiar sort of way, I became the dorm celebrity, on an adventure many of the other girls hadn't experienced.

I arrived at the clinic, thankful one of my college friends had come along with me. When they called my name, I felt relief mixed with dread. I was glad to get out of the gloomy waiting room, but I was in no hurry to begin the abortion procedure. A "counselor" led me down a narrow hall of rooms filled with other women sitting on one side of a desk talking to the somber-faced girls on the other side. During the next several minutes, she described the abortion procedure, referring to my unborn child as "the product of conception," and telling me I would experience period-like cramps as the doctor "suctioned out some tissue from the pregnancy."

She never once called the contents of my womb a "baby." She never warned me about my increased chances for infection, possible uterine scarring, or any other physical and emotional side effects. She never told me I didn't have to go through with the abortion. In fact, she described a mock-scenario of what life would be like if I decided to go through with the pregnancy, making it sound as frightfully impossible as she could. "You'd have to drop out of college, find a job and a place to live, then support the baby when it's born. Do you feel old enough for all that responsibility?"

She never told me this "responsibility" was already alive and would feel pain beyond description as he or she was torn from my womb.

When the abortion procedure was over, during which the doctor never once acknowledged my presence, I was taken to a mass recovery room and given fruit punch and toast to fortify me. I begged to skip the snack and leave, but they made me stay for the mandatory thirty-minute recovery period. Then my friend eased me into her car, making the journey back to campus. I spent the entire ride lying on the back seat moaning and cramping.

When the billing department noted my payment on their records, they sent out a statement acknowledging my account was paid-in-full. When the statement arrived at my parents' house, my mother opened the envelope and found out her daughter had had an abortion without her knowledge or consent. I'd never planned to tell my mother, but my sin "found me out."

After the semester ended a few short weeks later, I went home and was confronted by my mom. For the first time in my life, we had a long hard talk about sex and life. But it wasn't until a month after that, when I met Christ as my Savior, that my lifestyle began to change, leading me away from the lascivious world I'd been dwelling in, and on to a new life, far more abundant and free.

Unfortunately, I was unprepared for the tidal wave of guilt and shame that eventually crashed in on me. Becoming a Christian magnified my sin of abortion, filling me with a grief and despair I'd never experienced. I became seriously ill, both physically and mentally. I developed the habit of frequently calling in "sick" so I could stay home from work and cry. It nearly cost me my job. This went on for months until, at the urging of a friend who worked at a local crisis pregnancy center, I went to a woman for counseling.

"It's normal to experience belated guilt once you realize what you've actually done," she told me as we sat at her dining room table. "You can't confess a sin you don't know you've committed, but now that you know, you need to ask God to forgive you. After that, you'll be free to begin a long but certain healing process."

She then told me about her own abortion experience, emphasizing the incredible healing power of God's forgiveness. We prayed right then and there, and I left my heavy load at the feet of my Lord.

When I finally met the man who is now my husband, I wouldn't accept his engagement ring until I told him about my abortion. To my amazement, he confessed he, too, had abortion in his past. He'd paid for an old girlfriend in college to have an abortion! Like me, he realized his grave error after he came to Christ. Together, we now help and encourage each other, both in parenting and daily Christian living.

The woman I am today doesn't even remotely resemble that college girl. I've been happily married to the same godly man for more than thirteen years now, and we're the proud yet undeserving parents of three precious children. We're active in our local church, serving as Sunday school teachers for inner-city teens, and our children attend the Christian school affiliated with our church. We're striving to "train up our children in the way they should go."

I may be the lady you really enjoy at the women's fellowships. I may be the Christian woman with the wonderful smile and wit. I may be your best friend. I'm choosing to remain anonymous, revealing my past to a select few as God leads, mainly because of the harsh words and caustic attitudes I've observed whenever I hear women discussing abortion. Would you still love me as your sister in Christ if you knew I was one of the millions of women who'd made the irrevocable error of having an abortion?

As with any other sin, we need to remember to "hate the sin, yet love the sinner." If you really hate abortion, help stem the tide by serving in or financially supporting your local crisis pregnancy ministry. By becoming a servant instead of a critic, your heart will be tenderized by witnessing lives in crisis. You'll see up close how easy it is for a person to make a bad decision under pressure, and you'll develop a Christlike love for women who need direction and support.

The next time you're discussing the catastrophe of abortion, be careful what you say and how you say it. Remember, some of us were never told the whole story—and we may be listening to you.

The writer is a volunteer at her local crisis pregnancy center, where she copy-edits radio spots for the ministry. She also writes on other Christian family topics. Statistical information was provided by Carol Everett, a former abortion clinic operator and now founder of Life Network, an Austin-based pro-life organization that provides post-abortion counseling.