From tears of agony to perfect peace, the story behind the girl in the Vietnam Pulitzer Prize-winning photograph
Renee James 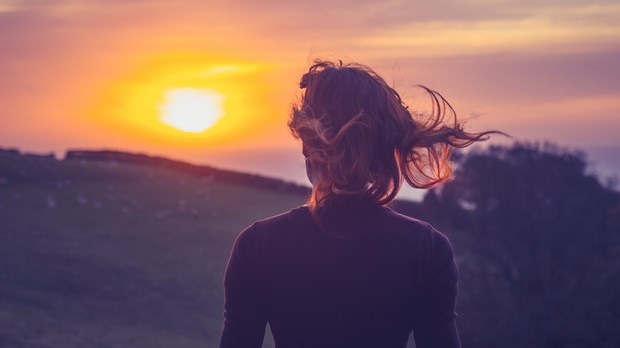 Petite, Phan Thi Kim Phuc looks like a gust of wind could blow her off the stage, but her speech represents the wisp of a flame boldly embroidered in her elaborate Asian gown. You could hear a pin drop as she comments on the tragedy unfolding on the screen behind her: in grainy black and white movie clips, there's a plane, a ball of flame, uniformed soldiers, and children emerging from a mushroom cloud of fire and smoke. A toddler, skin shredded from his body, is carried in the arms of a sobbing female, and in front of them all stands a slight girl, naked, face contorted in terror, arms outstretched.

Kim Phuc was that girl.

You may know her from the Pulitzer Prize-winning photograph taken of her as she, with her cousins and friends, ran from the village of Trang Bang on June 8, 1972, skin burned by chemical agents. The city had just been bombed with napalm, and the photograph captures her agony in a scream of pain we remember (and hear even still) 40 years later.

Napalm is a mixture of a thickening, gelling agent and petroleum, or a similar fuel. This "sticky fire" was initially used against buildings, and later as an anti-personnel weapon that sticks to skin and causes severe burns when on fire.

As I listened to Kim speak, it took a moment for me to realize that, against unbelievable odds, the girl in that picture is alive and well, standing in front of me. What's more, she radiates peace. It envelops her in much the same way the smoke rising from her burning village framed her slight figure as she ran from it more than 40 years ago.

Attempted suicide and love in action

Surviving the napalm bomb of 1972 taught Kim many things. She learned to be strong especially when the physical pain hurt so badly—no one expected her to live.

"It's amazing that I was only a little girl. I have no idea how I survived," Kim recounts. "God just brought people into my life—doctors, nurses, family and friends. I counted on them and I survived. I didn't take them and their love or support for granted."

She also learned about working together, and the value of love in action. When she returned home from the hospital, Kim realized she was only one child in the village that had suffered that way.

"I suffered physically, but the village and family stood with me," she remembers.

Family and villagers did what needed to be done, pounding her back to get her blood moving, even though her scars scared them. "We were so blessed to be together—like a team—working to rebuild our lives."

"You cannot say: 'Right now!' You have to wait. If you have no patience, you feel frustrated and you lose control."

That loss of control became acute as Kim grew older. Her low self-esteem and negative self-talk—thoughts like, Kim, you are ugly, and no one loves you—intensified as she entered her teen years.

"I was controlled by the picture, and then by the government," she says.

These hard-fought lessons of survival and years of being a propaganda tool for the Vietnam government had left her tired. Suicide tempted her at the age of 19 "because there would be no more suffering . . . no more hatred, no more bitterness."

Literally scared to death by her pain and scars both inside and out, she sought the truth. She picked up a Bible and began to read.

"God brought me to the point where he let me see so clearly that I was seeking peace and needed somebody to come in my life and take away my burden," Kim remembers. "I heard a Christmas message from a pastor in Saigon, Vietnam. He said that baby Jesus came to the world to die on the cross, to give us peace and take away our burdens. I said 'Yes, I really need that peace, and I really need someone to take away that burden.'"

Life in the pain

At that point, peace entered Kim's life, but the physical pain never left. Instead, it led Kim to learn her first profound lesson from God.

"I learned that the pain is my protection from being proud," she says. "Right now, the Lord has given me the opportunity to do many things. It's easy to be proud based on what I'm doing . . . So I thank God that he gave me that grace, that mercy—to suffer something physical."

God is with me when I'm in pain. When I am in pain, I am in prayer, and the more I pray, the more peace I have.

How does Kim not just run away from pain? She says she starts with prayer. Every day she prays that God would give her the strength to deal with her pain, and her perspective on pain has changed the more she's prayed. From only taking pain medications for temporary relief, to begging God to take the pain away, a new wisdom now prevails. She uses a combination of prayer, exercise, and diet, but her foundation remains God's healing and deliverance, as her constant pain reminds her she needs time with the Lord if she wants to have a relationship with him. It reminds her that her life's priority is him.

"I absolutely don't want to run away from the pain," Kim says. "God is with me when I'm in pain. When I am in pain, I am in prayer, and the more I pray, the more peace I have."

And it's that peace Kim shares with her audiences as she speaks. Because her story isn't just of pure survival, though the miracle of that is story enough. Her story, at its core, is a story about the miracle of forgiveness.

The freedom of forgiveness

Kim's heart-healing and deliverance led her to learn, by faith, how to forgive the pilot who bombed her village, and the administrators responsible for coordinating the attack. She considers this the hardest lesson of all, because she couldn't do it by herself. When she learned to "put everything upon the Lord," he began to work.

"With faith, with God's help, we can forgive," Kim says. "If you don't have peace, how can you share with people? We need to go out to share that peace, that joy with the world. No medication can take the place of that. I took medication, but when God healed me in my heart . . . wow!"

Kim won't define forgiveness with words. Instead, she shares the steps to forgive that God showed her: trust and obedience. And she loves the taste of freedom.

"Now, I'm free from hatred," she laughs with joy. "Every single moment in my life is like heaven on Earth for me. I have freedom . . . not only physical, but also spiritual."

How does she live true forgiveness? She applies the three "Ds"—Desire, Determination, and Discipline. She chooses to desire a relationship with God when she wakes up. She is determined to know and follow God's Word ("What he wants us to do is so clear in the Bible!"), and Kim makes it a discipline to cover every activity with prayer.

"Pray and then seek to keep the will of God. He will show it to you—every single day."

Kim affirms the busyness with which all women struggle, and encourages us to fight through.

"Don't misuse time . . . or else you may have the desire, but you may be too busy doing things, even good things," she suggests. "That's why the key is to pray: 'Lord, give me new strength, new wisdom, new grace every day.' When you ask him to do that, he will!"

Today, Kim Phuc advocates for child victims of war through her platform as a UNESCO Goodwill ambassador. She also travels extensively on behalf of her foundation, KIM Foundation International, which helps children who are victims of war by providing them with medical and psychological support. To date KIM Foundation International has helped children in East Timor, Ghana, Kenya, Tajikistan, Romania, and Uganda.

Kim Phuc doesn't need to define forgiveness with words. Her life is a living picture of it.

Renee James is the communications director for Canadian Baptist Women of Ontario and Quebec, a women's mission organization. She's a regular contributor to Today's Christian Woman and blogs on change at reneejames.org.